The Role of Nuclear Energy in Achieving Deep Decarbonization 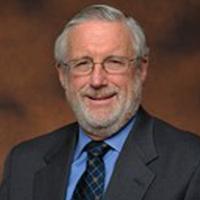 Evidence of climate change and its impacts become more obvious with each passing year.  Few scientists would dispute the recent U.S. government report, which noted that “human activities, especially emissions of greenhouse gases, are the dominant cause of the observed warming since the mid-20th century.”  Unfortunately, the disconnect between science and government policy is significant, at the same time that the, magnitude of the challenge of sufficiently reducing carbon emissions is extremely daunting and growing.  Few technology options are available to address this challenge.  While some argue for a 100% renewable future, such claims have little credibility when carefully examined.  Of existing options, only nuclear and renewable energy sources can address the challenge and it essential that their use is approached from an integrated, synergistic viewpoint.  Many studies around the world are exploring these synergisms and offer significant opportunity to revolutionize energy systems while simultaneously addressing carbon emissions.  Integration of clean energy sources, both renewables and nuclear energy, offer the only credible current pathway toward the deep decarbonization that the world needs.

Under Dr. Lyons’ leadership, the Office made great strides in incorporating modeling and simulation into all programs through the Nuclear Energy Advanced Modeling and Simulation program and the Energy Innovation Hub. He focused on management of used fuel by contributing to the development of the Administration’s Strategy for the Management and Disposal of Used Nuclear Fuel and High-Level Radioactive Waste.  In addition, NE established the Small Modular Reactor Licensing Technical Support program for a new generation of safe, reliable, low-carbon nuclear energy technology.  And he championed the Nuclear Energy University Program, which has successfully supported U.S. universities in preparing the next generation of nuclear engineering leaders.

Prior to joining DOE, Dr. Lyons was sworn in as a Commissioner of the Nuclear Regulatory Commission on January 25, 2005 and served until his term ended on June 30, 2009. At the NRC, Dr. Lyons focused on the safety of operating reactors, even as new reactor licensing and possible construction emerged. He was a consistent voice for improving partnerships with international regulatory agencies. He emphasized active and forward-looking research programs to support sound regulatory decisions, address current issues and anticipate future ones. He was also a strong proponent of science and technology education.

Before becoming a Commissioner, Dr. Lyons served as Science Advisor on the staff of U.S. Senator Pete Domenici and the Senate Committee on Energy and Natural Resources where he focused on military and civilian uses of nuclear technology from 1997 to 2005.  From 1969 to 2003, Dr. Lyons worked at the Los Alamos National Laboratory where he served as Director for Industrial Partnerships, Deputy Associate Director for Energy and Environment, and Deputy Associate Director-Defense Research and Applications. While at Los Alamos, he spent over a decade supporting nuclear test diagnostics.

Dr. Lyons has presented more than 400 papers or talks on a wide range of technical and policy topics in addition to testifying before the U.S. Congress on many occasions.  He holds four patents related to fiber optics and plasma diagnostics and served as chairman of the NATO Nuclear Effects Task Group for five years.  He received his doctorate in nuclear astrophysics from the California Institute of Technology in 1969 and earned his undergraduate degree in physics and mathematics from the University of Arizona in 1964. Dr. Lyons is a Fellow of both the American Nuclear Society and of the American Physical Society; received the Henry DeWolf Smyth Award from the American Nuclear Society and the Nuclear Energy Institute, the Alvin M. Weinberg Medal from the American Nuclear Society, and the James Landis Medal from the American Society of Mechanical Engineers; was recognized by the Nuclear Infrastructure Council for a Lifetime Achievement Award; and was elected to 16 years on the Los Alamos School Board.

Dr. Lyons grew up in Nevada and is now a resident of Golden, Colorado.