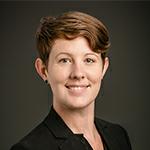 Modeling and simulation of neutron kinetics and dynamics in liquid-fueled, molten salt reactors incorporates three major challenging components. First, it is necessary to establish the dynamic  evolution of fuel composition via depletion and online reprocessing. Additionally, multiphysics analysis of the thermal hydraulics and neutronics in such a nuclear reactor must incorporate thermal feedbacks and material expansion feedbacks. Finally, drift of delayed neutron precursors must be incorporated into the kinetics analysis due to the mobility of the liquid fuel. This talk will discuss all three components. Toward the first component, a discussion of the SaltProc python package will establish the fuel composition dynamics capabilities necessary for fuel composition depletion in the context of online reprocessing. Toward the second component, a point kinetics model implementation in PyRK, and a more sophisticated advection model implementation in Moltres will be discussed, including neutron diffusion and precursor drift equations in Moltres as well as their implementation using the MOOSE action system. Finally, future directions for Moltres and SaltProc development will be noted.

Dr. Kathryn D. Huff is an Assistant Professor in the Department of Nuclear, Plasma, and Radiological Engineering at the University of Illinois at Urbana-Champaign where she leads the Advanced Reactors and Fuel Cycles Research Group. She is additionally a Blue Waters Assistant Professor with the National Center for Supercomputing Applications. She was previously a Postdoctoral Fellow in both the Nuclear Science and Security Consortium and the Berkeley Institute for Data Science at the University of California - Berkeley. She received her PhD in Nuclear Engineering from the University of Wisconsin-Madison in 2013 and her undergraduate degree in Physics from the University of Chicago in 2008. Her current research focuses on modeling and simulation of advanced nuclear reactors and fuel cycles. She is an active member of the American Nuclear Society, a past chair of the Fuel Cycle and Waste Management Division, and recipient of both the Young Member Excellence and Mary Jane Oestmann Professional Women's Achievement awards. Through leadership within Software Carpentry, SciPy, the Hacker Within, and the Journal of Open Source Software she also advocates for best practices in open, reproducible scientific computing.