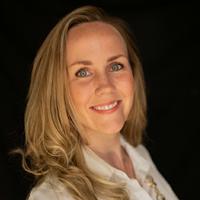 Since the disaster at the Fukushima Daiichi power plant in 2011, there has been a resurgence of nuclear fuels research across the globe.  The Department of Energy Fuel Cycle Research and Development program supports a campaign to develop and assess ‘Accident Tolerant Fuels’, designed to be drop-in fuel forms for existing reactors.  With proposals for new fuel concepts powering the core, new licensing and safety concerns arise. U3Si2 is a leading candidate as its enhanced thermal conductivity and uranium density compared to UO2 can potentially increase both safety and power margins.  However, U3Si2 has been shown to rapidly oxidize in O2, and H2O containing atmospheres proving it susceptible to washout. Presented will be an overview of the growing capability for fuel metallic and intermetallic fuel fabrication and testing at UTSA alongside a discussion on the advancement of a particular accident tolerant fuel technology. The seminar will focus on both the opportunities and challenges for the deployment of non-oxide fuels and recent results on the development, fabrication, and steam oxidation testing of alloyed uranium silicide candidate fuel forms aimed to mitigate the water reaction.

Dr. Elizabeth Sooby Wood is an Assistant Professor in the department of Physics and Astronomy at The University of Texas at San Antonio.  Dr. Sooby Wood is an expert in fuels synthesis and testing, particularly uranium silicide fabrication and steam testing. Prior to coming to UTSA in August 2017, Dr. Sooby Wood was appointed as a staff scientist at Los Alamos National Laboratory where she also held a Seaborg Postdoctoral Fellowship in Actinide Science following graduation with her Ph.D. in Physics from Texas A&M in December 2014. She received her bachelor of science degree in Physics from Millsaps College in Jackson, MS.  She is the recipient of a recently award NRC Faculty Development grant to support her work
investigating advanced reactor fuels.