What is a FAST nuclear reactor? 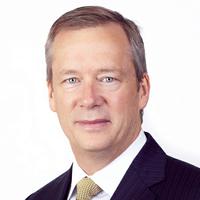 Nuclear power, produced by fission, is the splitting of large atomic nuclei into two daughter nuclei, giving off heat and fast-moving fission neutrons, which go on to split other nuclei. In water-cooled nuclear reactor technology, the fission neutrons at initial speeds of ~70,000,000 km/hr are slowed by the water molecules to ~8,000 km/hr by collisions. This yields slow neutrons (thermal neutrons). In a sodium-cooled reactor, collisions slow the neutrons to ~10,000,000 km/hr -  but they are still called FAST neutrons. The magnitude of these differences can be appreciated by imagining these neutrons circling the Sun along with Earth’s orbit.  A fission neutron makes the trip in 13 hours, a FAST neutron in 70 hours, whereas a thermal neutron takes 8 years!

Eric P. Loewen, Ph.D., has worked for thirty-five years at the intersection of nuclear science and technology in the nuclear navy, nuclear waste processing, a national laboratory, and now as Chief Consulting Engineer, Advanced Plants Technology, GE Hitachi Nuclear Energy (GEH), in Wilmington, NC.  His nuclear engineering expertise is complemented by involvement as an active advisor to governmental and industrial organizations such as the DOE Generation IV International Forum, member of the UNM Nuclear Engineering Department Advisory Board, and adjunct professor at VCU. At GEH he is promoting the sodium-cooled reactor and electrometallurgical processing of used nuclear fuel as an option for a better future using nuclear energy as well as ensuring a robust career path for GEH’s global workforce of technical leaders.

Selected by the American Association for the Advancement of Science, Eric was the American Nuclear Society's 2005 Congressional Fellow, working in the office of Senator Chuck Hagel (R-NE) where he coordinated the Senator’s inclusion of America's first legislation addressing global climate change policy into the Energy Policy Act of 2005.  Joining the Idaho National Laboratory in 1999, Eric contributed to the development of a Generation IV lead-bismuth cooled reactor and proliferation-resistant thoria-urania fuel. He also supported the President's Climate Change Technology Program.  From 1992 - 1997 he was Director of Research, Molten Metal Technology, in Fall River, MA, where he developed and deployed nuclear applications for hazardous waste management.  He served 10 years in the Navy from 1982 – 1993 that included tours as Officer in Charge, of two different Ship Repair Support Units.

Author of more than 70 publications both technical and policy, he has delivered 80 major nuclear presentations, holds 13 patents, and has held a Senior Reactor Operator license.  Dr. Loewen received his B.A. in Chemistry and Math with a minor in Physics from Western State College in May 1983, and later attained MS, Nuclear Engineering (1992) and Ph.D., Engineering Physics (1999) from the University of Wisconsin - Madison.  Eric is a former President of the American Nuclear Society.