Physics of the Tokamak Pedestal, and Implications for Magnetic Fusion Energy 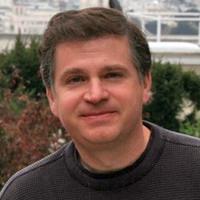 Fusion, the process that powers the stars, offers the potential to provide plentiful clean energy here on earth.   Realizing this potential presents substantial interrelated physics and engineering challenges.    Magnetic confinement of high temperature (> 100 million degrees C) plasmas in toroidal devices known as tokamaks is a promising approach to fusion, one that has successfully produced millions of watts of fusion power.   High performance in tokamaks is achieved via the spontaneous formation of a transport barrier in the outer few percent of the confined plasma.   This narrow insulating layer, referred to as a “pedestal,” typically results in a >30x increase in pressure across a 0.4-5cm layer.   Predicted fusion power scales with the square of the pedestal top pressure (or “pedestal height”), hence a fusion reactor strongly benefits from a high pedestal, provided this can be attained without large Edge Localized Modes (ELMs), which may erode plasma facing materials.    The overlap of drift orbit, turbulence, and equilibrium scales across this narrow layer leads to rich and complex physics, and challenges traditional analytic and computational approaches.  Development of high-resolution diagnostics, and coordinated experiments on several tokamaks, have validated understanding of important aspects of the physics, while highlighting open issues.    A predictive model (EPED) has proven capable of predicting the pedestal height and width to ~20-25% accuracy in large statistical studies.   This model was used to predict a new, high pedestal “Super H-Mode” regime, which was subsequently discovered on DIII-D, leading to high fusion performance, and motivated experiments on Alcator C-Mod which achieved a world record, reactor relevant pedestal pressure.  These observations build confidence in predictions for ITER, a new tokamak under construction in France, and provide a path that, coupled to advances in fusion materials and engineering, could lead to attractive fusion reactors.

Philip Snyder is Director of the Theory & Computational Science department at General Atomics, host of the DIII-D national fusion facility.   His recent research has focused on the stability and nonlinear dynamics of the edge plasma in fusion devices, aimed at developing an understanding of edge localized modes (ELMs), and the H-mode pedestal.  He serves as PI of the Edge Simulation Laboratory project, Pedestal Structure group leader for the ITPA Pedestal Group, and a member of the National Academies Burning Plasma Research panel.  Dr. Snyder earned his PhD in plasma physics from Princeton University.  He is a Fellow of the APS and has received the Rosenbluth Award for Fusion Theory (2004),  the APS Dawson Award for Excellence in Plasma Physics Research (2013), and the Nuclear Fusion Award (2014).