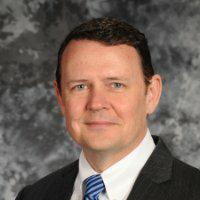 Canadian Nuclear Laboratories (CNL) has conducted nuclear research and development (R&D) since the late 1950s in Chalk River, Ontario and other sites around Canada. Chalk River is going through a revitalization based on a government investment of $1.1 billion for infrastructure, including world-leading new hot cell facilities by 2024, guaranteed federal R&D investments of nearly $80 million per year plus a similar amount of commercial R&D for Canada and globally in the U.S., China, Korea, India and other countries around the world. CNL is in the process of hiring 300 new scientist and engineers in the coming years, having hired nearly 100 last year alone.

CNL's strategic initiatives include extending the lives of existing heavy and light-water reactors, developing advanced fuels and advanced manufacturing of fuels, production of innovative medical isotopes, and deploying Canada's first small modular reactor (SMR). A world-leading 20 SMR companies are contemplating Canada, and CNL in particular, for first-of-a-kind (FOAK) deployment of light-water and advanced reactor concepts ranging from very small (VSMR) on the order of 1-5 MWe up to several hundred MWe. In addition to CNL's willingness and capability to host such demonstrations, the Canadian regulator (CNSC) is seen as more progressive and less prescriptive than the U.S. counterpart (NRC), and most importantly Canada has a robust VSMR market where hundreds of remote communities and mining projects currently utilize expensive, emitting diesel that is flown in at costs exceeding

$90/MWh, providing a built-in "subsidy" that allows non-emitting small nuclear to be competitive. CNL recently announced a siting process to build demonstrations at CNL with the goal of deploying the first SMR at Chalk River no later than 2026.

Corey McDaniel is the VP for Business Development at the Canadian Nuclear Laboratories. He previously managed international and commercial cooperation for the Idaho National Laboratory (INL) Nuclear Science and Technology Directorate. Corey also served as the lead laboratory coordinator for India to the U.S. Department of Energy (DOE), and the lead lab advisor to the DOE Office of Nuclear Energy International Cooperation.

Prior to INL he served as VP for Asia in Hong Kong, China for a nuclear electrical supplier and in Mumbai, India as the international director of NuScale Power, a small modular reactor (SMR) company.

Corey secured and managed the delivery of replacement safety class (1E) cables to KHNP’s Shin Kori 3 & 4. He also facilitated 1E cable deliveries to China and the UAE and opened the Japanese market to U.S.-supplied cables for the first time. Corey facilitated MOUs with China’s largest nuclear utility and India’s largest nuclear EPC during visits to more than a dozen Asian and European countries.

Dr. McDaniel spent 5 years in the U.S. Senate as a legislative director and energy policy advisor to three Senators from Idaho and Arizona. Corey began his career as a nuclear safety analyst performing PRA and thermal-hydraulic research at the Los Alamos National Laboratory.

He received his doctorate in environmental science and public policy from George Mason University and his bachelors and masters degrees in nuclear engineering from the University of New Mexico and Purdue University respectively.