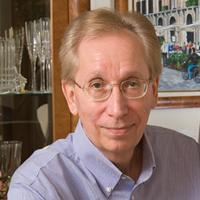 A brief history of commercial nuclear power in the United States presented from the viewpoint of Dr. Wattelet’s unique, wide-ranging experiences in the nuclear power industry.

His talk will include recent updates on the industry as well as his opinion regarding the path to future expansion of commercial nuclear power in the United States.

Dr. Wattelet will close with career advice for students, base on his personal experiences as an engineer, manager, and CEO.

Dr. Wattelet predates the first controlled nuclear chain reaction, at the time living only a few miles from the site of that event. He attended the Illinois Institute of Technology, where he earned his BS in Physics in 1962.

Dr. Wattelet entered graduate school at Purdue University initially with the physics but later transferred to nuclear engineering. Although he earned his Ph.D. in Nuclear Engineering in 1966, his most notable achievement while at Purdue was marrying his fiancee who earned her MS in Mathematics.

He began his career at Westinghouse Electric Corporation where he was involved in the design and safety analysis of LMFBRs. After six years with the company, he left to join Sargent & Lundy, a Chicago power engineering firm in the electric power industry. There, he participated in the engineering design and project management of several nuclear power projects in the U.S. and overseas.

After holding several executive management positions at Sargent & Lundy, Dr. Wattelet was appointed as CEO in 1996 where he served until retiring in 2005.