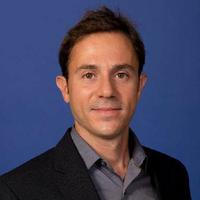 The integration of renewable energy sources into electricity distribution networks leads to environmental benefits such as lower pollutant emissions and reduced dependence on fossil fuels, and is a key ingredient of the smart grid vision. The chief challenge however is that renewable energy sources are non-dispatchable and highly intermittent. Accounting for the uncertainty of renewable energy sources is thus key to efficient management of distributed energy resources, which include electricity generators, energy storage units (batteries), and programmable loads. The first part of this talk considers smart distribution systems featuring a potentially large number of end-users with programmable loads as well as photovoltaic (PV) generation units, and the aim is to minimize system thermal losses and maximize end-use satisfaction, while maintaining voltage at safe levels. To this end, a stochastic power management scheme to optimize the demand response schedule of programmable loads as well and the reactive power generation or consumption by PV units will be presented. The second part of the talk focuses on small-footprint power systems with distributed generation from renewable as well as conventional energy sources, and distributed storage. To address the intermittency of renewable energy sources, robust energy management methods to maintain the supply-demand balance and minimize the system net cost will be presented.

Nikolaos Gatsis is currently an Assistant professor with the Department of Electrical and Computer Engineering at the University of Texas at San Antonio. He received the Diploma degree in Electrical and Computer Engineering from the University of Patras, Greece, in 2005 with honors. He completed his graduate studies at the University of Minnesota, where he received the M.Sc. degree in Electrical Engineering in 2010, and the Ph.D. degree in Electrical Engineering with minor in Mathematics in 2012. His research interests lie in the areas of smart power grids, communication networks, and cyber-physical systems, with emphasis on optimal resource management. N. Gatsis has co-presented tutorials on monitoring and optimization for smart power grids in IEEE ICASSP 2013, EUSIPCO 2013, and IEEE GLOBECOM 2013. He served as a technical program committee member for symposia in IEEE SmartGridComm 2013 and IEEE SmartGridComm 2014, and will serve as technical program co-chair of the Symposium on Signal and Information Processing for Optimizing Future Energy Systems in IEEE GlobalSIP 2015.