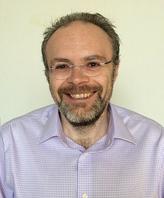 Engineering Aspects of a Research Reactor Conversion from HEU to LEU

The use of highly enriched uranium (HEU, weapon grade material) fuel in civilian applications (such as nuclear research reactors) poses a threat (proliferation and terrorism) to national and international security so it has been a long-standing policy of the U.S. government to minimize the use of such fuel.

Currently, the HEU minimization effort of the government is spearheaded by the National Nuclear Security Administration (NNSA) through its Office of Material Management and Minimization (M3). The main objective of the Office is to achieve permanent threat reduction by minimizing and, when possible, eliminating weapons-usable nuclear material from civilian applications around the world in accordance with the President’s HEU and plutonium minimization strategies. One aspect of this effort is the conversion of research and test reactors from HEU fuel to low-enriched uranium (LEU) fuel.

Argonne National Laboratory (ANL) has been providing expertise and leadership for the conversion of research reactors to support the U.S. government non-proliferation effort since 1978, so after a brief overview of ANL and its Nuclear Engineering Division, this talk will focus on the various engineering aspects of converting a research reactor from the use of HEU to LEU fuel. As examples, the presentation will cover the role that ANL plays in supporting the conversion of the BR2 (Belgium) and RHF (France) research reactors. The topics will range from fuel development, design and safety analyses for conversion, as well as software/models/methods verification and validation.

Dr. Benoit Dionne is the manager of the Conversion Analysis and Methods Section of the Research and Test Reactor Department. His expertise is in the areas of reactor physics and transport theory. In addition to management, he provides technical assistance to his counterparts in U.S. and abroad. His current efforts are focused on the conversion of the European Union High Flux Reactors and the development of engineering simulation tools for research reactors. He also has been engaged in the development of transport theory codes (specifically, acceleration of Monte Carlo electron transport), as well as coupled neutronics and thermal-hydraulics codes. Dr. Dionne received a PhD in Nuclear Sciences and Engineering from University of Florida, in 2007, a M.Sc. in Energy Engineering (nuclear) from Ecole Polytechnique of Montreal in 2001, and a B.Sc. in Physics from University of Montreal in 1998.