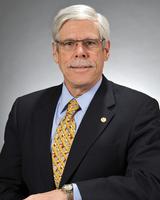 The environments of importance to the Navy and Marine Corps reach from the bottom of the ocean to the distant reaches of space. A unique Naval Research Enterprise has been established, with locations throughout the country, which performs research across the spectrum from discovery and innovation to fleet-specific applications. The US Naval Research Laboratory was established in 1916 to “[Conduct] exploratory and research work…necessary …for the benefit of Government service, including the construction, equipment, and operation of a laboratory….” The NRL Plasma Physics Division was established in 1966 to perform fusion research, to create X-ray simulators for testing nuclear weapons effects, and to understand high altitude nuclear explosions. Today, the Division conducts a broad basic research program in plasma physics, laboratory discharge and space plasmas, intense electron and ion beams and photon sources, atomic physics, pulsed power sources, radiation hydrodynamics, high-power microwaves, laser physics, advanced spectral diagnostics, and nonlinear systems. The Division also conducts applied research in inertial fusion energy, the detection of WMD, and many aspects of theoretical and experimental space physics. Finally, the Division also participates in the electromagnetic railgun program, a major ONR-sponsored Innovative Naval Prototype initiative, as well as contributes to the directed energy program based on incoherent laser beam combining. The underlying theme of this presentation will be the importance of plasma physics research in supporting strategic thrust areas to meet future Navy and DoD needs.

Thomas Mehlhorn, is the Superintendent of the NRL Plasma Physics Division, and a member of the Department of the Navy (DoN) Senior Executive Service with responsibility for a broad spectrum of research programs in plasma physics, laboratory discharge and space plasmas, intense electron and ion beams and photon sources, atomic physics, pulsed power sources, radiation hydrodynamics, high-power microwaves, laser physics, advanced spectral diagnostics, and nonlinear systems. Dr. Mehlhorn earned his Bachelor of Science, Master of Science and Ph.D in Nuclear Engineering from the University of Michigan in 1974, 1976 and 1978, respectively. He worked at Sandia National Laboratories in Albuquerque, New Mexico as a member of technical staff (1978-1988), department manager (1989-2005), and senior manager (2006-2009).  His research interests included intense electron and ion beams generation, focusing and interactions; inertial confinement fusion; high energy density physics; Z-pinch physics; dynamic materials and shock physics; and advanced radiography. Dr. Mehlhorn joined NRL in 2009.  He received the University of Michigan Engineering Alumni Society Merit Award in Nuclear Engineering and Radiological Sciences (NERS) in 2004. He is the recipient of two NNSA Defense Programs Awards of Excellence (2007 & 2008), a Lockheed Martin NOVA award (2004), two NRL Alan Berman Research Publication Awards (1983, 2011), and was elected to the Tau Beta Pi Engineering Honor Society in 1974. Dr. Mehlhorn is a Fellow of the American Physical Society Division of Plasma Physics (APS DPP)  (2011), Fellow of the American Association for the Advancement of Science (AAAS) in Physics (2006), Senior Member of the Institute of Electrical and Electronics Engineers (IEEE) (2002), and a member of the American Nuclear Society (ANS) and the American Geophysical Union (AGU).  Dr. Mehlhorn served on the Advisory Board for Plasma and Atomic Physics at GSI, Darmstadt, Germany  (2004-2011, Chair 2006). He is a member of the Nuclear Engineering and Radiological Sciences (NERS) Advisory Board at The University of Michigan (1996-1999), (2004-present, Chair 2011), as well as the University of Michigan College of Engineering Alumni Society Board of Governors (2009-present). Since 2010 Dr. Mehlhorn has served on the DoN Space Experiments Review Board, as well as the University of Missouri Research & Development Advisory Board. He is a Member-at-Large on the APS DPP Executive Committee (11/10 - 10/13) and a member of the IEEE PSAC Executive Committee (2013-2015). He served on a National Research Council (NRC) Division on Engineering and Physical Sciences (DEPS) panel on the Assessment of Inertial Confinement Fusion Targets (ICF) (2011-2012).  He is the author/co-author of over 160 scientific and technical papers.