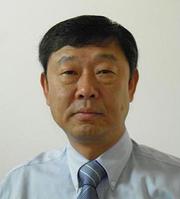 Advanced fuel cycle options have been explored in the U.S. and worldwide to transmute the hazardous transuranics (TRU) of used nuclear fuels. The primary goal of the transmutation mission is to remove TRU elements from the waste stream and to fission those in advanced nuclear systems, producing about one MW-day of energy for every gram. The transmutation performance of different systems is determined mainly by transmutation physics characteristics. Fissile isotopes are likely to fission in both thermal and fast spectrum systems, with a higher fission fraction in fast systems. However, fertile isotopes have very small fission probabilities in thermal reactor systems, and thus they are converted into higher actinides instead of being consumed by fission. In fast reactor systems, the fission probabilities of actinides increase significantly due to higher fission to capture ratios, and more excess neutrons are produced. As a result, transuranic isotopes are consumed efficiently in fast reactor systems with less generation of higher actinides.

The net consumption rate of TRU can be maximized by reducing the TRU conversion rate (i.e., production to destruction ratio) to zero by utilizing uranium-free fuel. However, the neutronics properties of uranium-free fuel make it very difficult, if not impossible, to develop a critical fast reactor with conventional solid fuels. In particular, reactivity feedback coefficients are significantly degraded; the Doppler coefficient of uranium-free fuel is almost zero or becomes slightly positive, depending on fuel composition, and the delayed neutron fraction is reduced noticeably. In addition, the burnup reactivity loss is much faster at a low conversion ratio, and hence appropriate means for reactivity compensation must be employed (e.g., shorter length cycles with more frequent refueling or a large number of control assemblies). The difficulty in achieving very low or zero TRU conversion ratios in critical fast reactors gave  a strong motivation for developing the accelerator-driven transmutation of waste (ATW) system concept in late 1990s and early 2000s, but ATW systems were found to be not cost-effective compared to critical fast reactor systems.

As an alternative to conventional solid fuel fast reactor, a new type of metallic fuel reactor concept named the Stationary Liquid Fuel Fast Reactor (SLFFR) has been proposed. SLFFR is based on stationary molten metallic fuel with a co-located reprocessing system for ease of used fuel cleanup and recycling. This new type of integrated reactor plant system would be able to consume essentially all the heavy metal within the reactor fuel. This transformational approach is simpler than conventional fast reactor technology and has the potential for large capital cost reductions for the overall fuel cycle. In this talk, the SLFFR research, which is being performed using funding received from the DOE Office of Nuclear Energy’s Nuclear Energy University Programs, will be discussed.