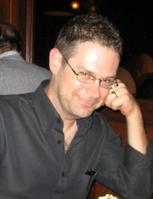 Radiation transport and detector response modeling have grown to substantial maturity, such that it is now possible to accurately predict the response of a variety of radiation sensors to arbitrary, known sources.  However, in many applications it is the inverse problem that is more directly relevant.  Solution of this inverse problem must estimate the configuration of an unknown radiation source given measurements of its radiation emissions.  The measurements are typically differential in one or more independent variables, including energy, time, and multiplicity such that they contain information about the spectral, temporal, and number distribution of the radiation field.  However, the measurements are also influenced by the integral effects of radiation transport within the source transport medium.  Inverse radiation transport is a collection of model-based techniques that infer the properties of an unknown radiation source by analyzing the measured response of radiation detectors.  The techniques that will be presented employ deterministic transport methods to estimate the response of gamma spectrometers and neutron multiplicity counters to a hypothesized radiation source.  Nonlinear optimization procedures are used to find transport model parameters (i.e., source properties) that minimize the error between the predicted and measured responses of the gamma and neutron detectors, thereby providing an estimate of the actual source’s configuration.  This talk will describe techniques developed to solve inverse transport problems and present example applications to measurements of special nuclear material.

John Mattingly joined the North Carolina State University (NCSU) Department of Nuclear Engineering faculty as an associate professor in June 2011.  His research program is focused on applications of radiation detection to nuclear security missions, including nuclear nonproliferation, counterterrorism, emergency response, and forensics.  He and his students work together to develop radiation measurement and analysis techniques to detect and characterize special nuclear material (SNM).  Prior to joining the NCSU faculty, Dr. Mattingly worked for 15 years at Sandia National Laboratories and Oak Ridge National Laboratory developing and deploying radiation measurement systems for SNM detection and characterization.  His accomplishments include co-development of the Gamma Detector Response and Analysis Software (GADRAS) used by numerous federal agencies for rapid analysis of gamma spectrometry and neutron multiplicity measurements of SNM, and development of the Blend-Down Monitoring System (BDMS) used to monitor the down-blending of Russian highly enriched uranium (HEU) in the US-Russia HEU Purchase Agreement, which produced 50% of the low-enriched uranium used in US power reactors over the past decade.  Dr. Mattingly is the author of over 70 technical reports, conference proceedings papers, and journal articles on radiation modeling, measurement, and analysis techniques.