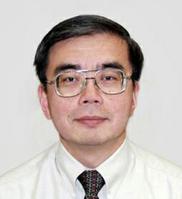 Abstract:
The development of a liquid metal first wall to withstand the high heat loads in fusion reactors is an example of the constructive interplay between science and engineering. The first toroidal confinement device with a large liquid lithium free surface was the Current Drive Experiment-Upgrade (CDX-U) at the Princeton Plasma Physics Laboratory. The success of CDX-U not only contributed to our knowledge of plasma confinement, but also motivated the engineering needed for lithium walls in the new Lithium Tokamak Experiment and the National Spherical Torus Experiment (NSTX). The complex plasmafacing components in NSTX, in turn, were found to interact with lithium in ways that required new models for their interpretation. The lecture will discuss the complementary roles of science and engineering in a key area of fusion research and development.

Brief Bio:
Dr. Robert Kaita is a physicist in the Princeton Plasma Physics Laboratory (PPPL) at Princeton University. At PPPL, he is Head of Plasma Diagnostic Operations for the National Spherical Torus Experiment (NSTX). He is also responsible for the NSTX lithium technology development facilities. In addition, Dr. Kaita is Co-Principal Investigator for the Lithium Tokamak Experiment (LTX). On both NSTX and LTX, Dr. Kaita’s present research interests focus on plasmasurface interactions and the use of liquid metals as “first-wall” materials for fusion reactors.

In the Plasma Physics Program of the Department of Astrophysical Sciences at Princeton University, Dr. Kaita has supervised the research of over two dozen graduate students. His bibliography lists more than 300 publications in nuclear and plasma physics. He is a member of the American Association for the Advancement of Science, a fellow of the American Physics Society, and a member and past president of the Princeton Chapter of Sigma Xi, the Scientific Research Society. In 2010, Dr. Kaita received the Kaul Prize for Excellence in Plasma Physics Research and Technology Development for pioneering work in the use of liquid lithium metal as a renewable wall for fusion devices.