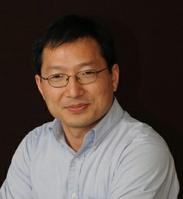 Abstract:
Plasma discharges are widely used in industrial applications such as materials processing, pollution control, and medical treatment. An effective method to create plasmas is through electrical breakdown of gases, which is the process of producing charged particles by applying a strong electric field to the gases. The very early stage of the electrical breakdown is the development of ionization waves, also known as streamer discharges. In this seminar, we will discuss three plasma discharge phenomena: lightning, sprites and plasma bullets, where streamers play critical roles in their dynamics. Lightning is a well known atmospheric phenomenon during thunderstorms. However, how lightning is initiated in thunderclouds remains unclear after many years of research. Sprites are massive, luminous phenomena in the earth’s lower ionosphere, which were discovered about twenty years ago. Active research work is currently being carried out to investigate how these mysterious phenomena appear at such high altitudes in the earth’s atmosphere. Plasma bullets are an innovative means to create plasmas in open space in air. They exhibit very attractive properties for potential biomedical applications such as wound healing and blood coagulation. Here we will present computer simulation results on streamer discharges and show how our modeling efforts advance the understanding of those three different plasma phenomena.