Living on the Edge: Materials and Fusion Plasmas 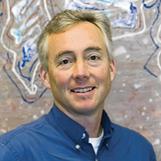 Abstract:
The plasma-facing material surfaces surrounding a steady-state Deuterium-Tritium nuclear fusion reactor will arguably be placed into the harshest environment ever foreseen for engineered materials. The materials must be resilient to enormous power, energy and particle loads, all while their material properties evolve due to the damage produced by the D-T neutrons and the vigorous fusion plasma. We will explore how issues arising from plasma-material interactions, such as erosion, impurity contamination, and fuel retention, produce serious limitations to the ITER experiment for its performance and longevity -- and such limitations are even more restrictive in reactors. Unfortunately, the complexity of the plasma-surface coupling, and the present dearth of in-situ surface diagnosis, give us poor predictive capability in these areas, which are critical for developing fusion energy. I will highlight new research directions that will greatly enhance our scientific understanding of plasma-material interactions including novel accelerator-based material measurements and designing a 24/7 small fusion experiment.

Brief Biography:
Dr. Dennis Whyte holds the rank of Professor in the Nuclear Science and Engineering department at the Massachusetts Institute of Technology. He received his Engineering Physics degree from the U. of Saskatchewan, and his Ph.D. from the University of Quebec where his thesis work examined metal impurity transport in the Canadian fusion experiment Tokamak de Varennes. From 1992 to 2002 he conducted research on the DIII-D tokamak National Fusion Facility. Dr. Whyte was the experimental coordinator of DiMES (Divertor Material Evaluation Studies) on DIII-D and co-principal investigator of the PISCES (Plasma Interactions with Surface Component Experimental Station) device at UCSD. From 2002 to 2006 Dr. Whyte was Assistant Professor in the Nuclear Engineering and Engineering Physics department at the University of Wisconsin-Madison.

Dr. Whyte conceived of and commissioned a new plasma/fusion research facility, DIONISOS (Dynamics of IONic Implantation and Sputtering on Surfaces), which features a unique combination of in-situ MeV ion beam surface analysis, simultaneous with high-power plasma bombardment. In 2010 Dr. Whyte established the Plasma-Surface Interaction Science Center of which he serves as director, including an upgraded DIONISOS PSI science facility at MIT. Dr. Whyte was leader of the Boundary-Plasma Interface Topical Group of the US Burning Plasma Organization. He is a U.S. core member of the SOL /Divertor expert group for the International Tokamak Physics Activity and US PFC steering committee. He served on the ITER Scientific and Technical Advisory Committee, the National Academies Panel for Reviewing US Participation in ITER and the National Academies Committee on Inertial Fusion Energy.

Dr. Whyte is an acknowledged expert on issues regarding the design and operation of material surfaces in burning plasma experiments, such as plasma-surface interactions and disruption mitigation, as well as surface analysis of materials using high-energy ion beams. Dr. Whyte has over 200 peer-reviewed publications on nuclear fusion research topics such as plasma spectroscopy, disruption mitigation, erosion of plasma-facing surfaces and tritium retention. For his research contributions to plasma-surface interactions and disruption mitigation in magnetic fusion, Dr. Whyte was elected as a Fellow of the American Physical Society in 2006.