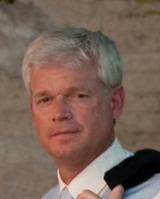 The Consortium for Advanced Simulation of Light Water Reactors (CASL) brings together
an exceptionally capable team that will apply existing modeling and simulation (M&S) capabilities and develop advanced capabilities
to create a usable environment for predictive simulation of light water reactors (LWRs). This environment, designated the Virtual Reactor (VR), will:
• Enable the use of leadership-class computing
for engineering design and analysis to achieve
reactor power uprates, life extensions, and
higher fuel burnup.
• Promote an enhanced scientific basis
and understanding by replacing empirically
based design and analysis tools with
predictive capabilities.
• Develop a highly integrated multiphysics
M&S environment for engineering analysis
through increased fidelity methods.
• Incorporate UQ as a basis for developing
priorities and supporting application of the
VR tools for predictive simulation.

CASL will focus on a set of challenge problems that encompass the key phenomena limiting the performance of PWRs, with the expectation that much of the capability developed will be
applicable to other types of reactors. Broadly, CASL’s mission is to develop and apply M&S
capabilities to address three critical areas of performance for nuclear power plants (NPPs):

Work to develop the VR will be executed in five focus areas selected to ensure that the
VR: (1) is equipped with the necessary physical and analytical models and multiphysics integrators;
(2)functions as a comprehensive, usable, and extensible system for addressing essential issues for NPP design and operation and;
(3) incorporates the validation and UQ needed for credible predictive M&S.

CASL connects fundamental research and technology development through an integrated
partnership of government, academia, and industry that extends across the nuclear energy enterprise. The CASL partner institutions possess the interdisciplinary expertise necessary to apply existing M&S capabilities to real-world reactor design issues and to develop new system-focused capabilities that will provide the foundation for advances in nuclear energy technology.

In this seminar I will overview the CASL vision, mission, objectives, and technical plan and give some preliminary results achieved during our first few months of execution.

Doug Kothe received his BS in Chemical Engineering in 1983 from the University of Missouri/Columbia, followed by his MS and PhD in Nuclear Engineering at Purdue Engineering in 1986 and 1987, respectively. He conducted his PhD research at Los Alamos National Laboratory (LANL) from 1985-1987 as a Graduate Research Assistant, where he developed the models and algorithms for a particle-in-cell (PIC) numerical tool designed to simulate the hydrodynamically unstable implosion of inertial confinement fusion targets. After a one-year stint as a nuclear weapons designer participating in the underground testing program at the Lawrence Livermore National Laboratory (LLNL), he returned to LANL in 1988 as a permanent technical staff member in Fluid Dynamics Group T-3 for the next nine years, where he helped develop three computational fluid dynamics (CFD) codes: Ripple, Pagosa, and CFDLIB. After a three-year stay in LANL Structure/Relations Group MST-8, Doug became Group Leader of the LANL Continuum Dynamics Group CCS-2 (in 2000) and Program Manager of the Computational Sciences Program Element within the DOE Advanced Simulation and Computing (ASC) Program until 2004. From 2004-2006, Doug took on the role of Deputy Division Leader of the Computer and Computational Sciences (CCS) Division, then Deputy Project Director of the LANL ASC Program. In January 2006, Doug joined Oak Ridge National Laboratory (ORNL) as Director of Science in the National Center of Computational Sciences (NCCS), and he continues to serve in this role at present. In May 2010, Doug led a multi-institutional, multi-disciplinary team known as “CASL” (Consortium for Advanced Simulation of Light Water Reactors) in winning an award from the U.S. Department of Energy for its first “Energy Innovation Hub”. As a result of this award, Doug is now Director of CASL. His research interests and expertise is focused on development of physical models and numerical algorithms for the simulation of a wide variety of physical processes in the presence of incompressible and compressible fluid flow. His most notable contribution is the development of methods for flows possessing interfaces having surface tension, especially free surfaces. His focus the past decade has been the Telluride project, which is tasked to develop an advanced casting/welding simulation tool (known as “Truchas”) for the DOE complex. Doug has authored over 60 refereed publications (including invited book chapters) and written over one-half million lines of source code.

Doug and his wife AdriAnne have three sons: Brett (25), who is in Medical School at Saint Louis University; Brock (23), who is in the Sports Management Graduate Program at the University of Tennessee; and Matthew (21), who is a junior majoring in pre-law at the University of Tennessee. In addition to spending his time with his wife and family, Doug’s hobbies include boating/skiing, jogging, golf, music (trumpet and bell choir), and reading history.