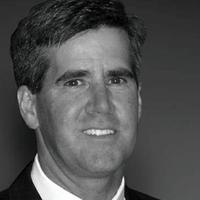 BSE Interdisciplinary Engineering, Biomedical Engineering* Plan of Study 2009 Outstanding Alumni Award Recipient
BORN AND RAISED IN CHICAGO as the third oldest of eight children, Brian Farley is a third-generation Purdue engineer. In 1976, as a freshman, he decided to become a biomedical engineer and entered the IDE program. He received a BSE with an emphasis in biomedical engineering in 1979 and an MS in electrical engineering (also from Purdue) in 1981.
Following Purdue, Mr. Farley joined Eli Lilly and Company in Indianapolis in cardiovascular research, then joined the business development group of Eli Lilly’s medical device division, for which he was involved in acquiring companies and technologies. After the acquisition of Devices for Vascular Intervention, a medical device company, in 1989, he joined the company as Clinical Research Director and moved his family to Northern California, where they now live. Mr. Farley was also Vice President of Research and Development for Guidant Corporation, a large cardiovascular medical device company, and was part of the management team during Guidant’s initial public offering in 1994.
Joining VNUS Medical Technologies, Inc., in 1995 as the company’s first employee, Mr. Farley has led VNUS as President and CEO since 1996. VNUS develops medical devices to treat venous reflux disease, the underlying cause of painful varicose veins. VNUS and Mr. Farley pioneered the field of minimally invasive treatment of venous reflux disease, employing catheter technology and controlled thermal ablation to seal diseased veins. The company, which went public via an IPO in 2004, generates annual revenues of approximately $100 million, and its products have been used to treat more than 400,000 patients in 40 countries.
Mr. Farley serves on the Board of Directors of VNUS, as well as Entellus Medical, a Minneapolis-based private medical device company. He also is a Director of the American College of Phlebology Foundation and a past Director of a local Pony Baseball Chapter.
Mr. Farley has been joyfully married for 27 years to fellow Chicagoan and Purdue grad, Debbie Farley, BS, Speech Pathology, 1980. They have three children: Derek, 23, Kristen, 21, and Brandon, 17. Mr. Farley is an avid basketball player and loves snow skiing, sailing, and coaching baseball. His favorite quote is from Stacey Allison, the first American woman to summit Mount Everest: “I’ve always had those little goals that I’ve worked toward—they add up.”