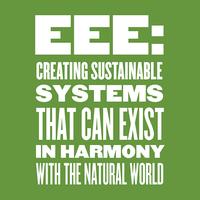 In just one year, the Environmental and Ecological Engineering program at Purdue University has nearly doubled the number of graduate students enrolled. 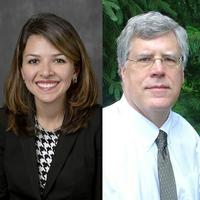 In May 2017, Environmental and Ecological Engineering graduate student Enze Jin presented at the Partnerships for International Research and Education (PIRE) meeting in Eugene, Oregon. PIRE is a National Science Foundation program that supports projects which aim to advance research and education that could not occur without international collaboration.

Environmental and Ecological Engineering graduate student Ehsan Vahidi has received two merit-based awards in support of his graduate research. Vahidi was selected as recipient of the Andrews Environmental Travel Grant. This highly competitive and prestigious award supports travel for research relating to the world environment. Vahidi has also received the Hugh W. and Edna M. Donnan Fellowship, awarded by the Purdue College of Engineering.

For the first time this year (2017) the Outstanding Engineering Graduate Student Mentor award was awarded. This award is voted on by the graduate students in EEE to recognize a faculty member who has been an outstanding mentor to graduate students. 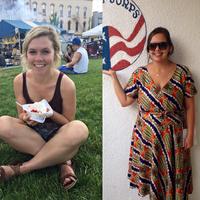 The EEE Outstanding Senior was announced at the EEE Recognition Night in late April. This award is conferred each academic year by the faculty of EEE to recognize the excellence of one member of the senior class. It is selected based on academic performance, leadership, service, and professional activities. The EEE faculty selected the recipient. This year the award went to Jason "Jake" Hawes. Jake received the award from Prof. Nies.

At the EEE Recognition Night on April 27, 2017, several scholarships were announced. Treann Quick received the EEE External Advisory Council (EAC) Scholarship. Over the last few years, the EEE EAC has been working on endowing this scholarship and this is the second year it has been awarded. In the fall Treanne will be a junior in EEE. Treanne received the scholarship from the EEE EAC Chair, Larry Merritt (photo, upper left). 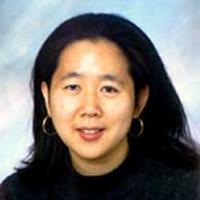 Purdue Environmental and Ecological Engineering Assistant Professor Lindsey Payne has won the 2016 Community Spirit Award from CSSAC and APSAC. Payne is Assistant Director of service learning at the Center for Instructional Excellence.

In 2012, the External Advisory Council was established to work closely with the EEE Head and advise on all aspects of the program and strategic growth as EEE launched new programs. The EAC includes members from environmental consulting firms, major industry, government, and academia. Chris Rubak received a B.S. in General Engineering from the University of Illinois Urbana-Champaign and an M.S. in Civil Engineering from Purdue University. 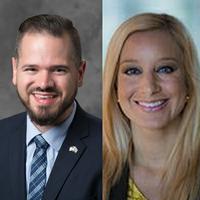 Congratulations to the EEE graduating Class of 2017

Follow us on social media to stay up-to-date on news and events from our faculty, students, and staff!