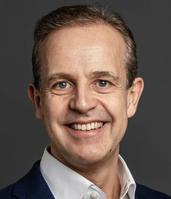 The Midwest Mechanics Seminar is a longstanding series where outstanding researchers from around the world, working in the broad areas of fluid and solid mechanics, are invited to present their research at several midwestern universities in the United States. Prof. George Haller will visit Purdue for this seminar. He is the chair of Nonlinear Dynamics at the Zurich Institute of Mechanical Systems. The seminar is from 3:30-4:30 p.m. Oct. 3 at the Neil Armstrong Hall of Engineering.

Machine learning has been a major development in applied science and engineering, with impressive success stories in static learning environments like image, pattern, and speech recognition. Yet the modeling of dynamical phenomena—such as nonlinear vibrations of solids and transitions in fluids—remains a challenge for classic machine learning. Indeed, neural net models for nonlinear dynamics tend to be complex, uninterpretable and unreliable outside of their training range.

In this talk, I discuss a recent dynamical systems alternative to neural networks in the data-driven reduced-order modeling of nonlinear phenomena. Specifically, I show that the concept of spectral submanifolds (SSMs) provides very low-dimensional attractors in a large family of mechanics problems ranging from wing oscillations to transitions in shear flows. A data-driven identification of the reduced dynamics on these SSMs gives a rigorous way to construct accurate and predictive reduced-order models in solid and fluid mechanics without the use of governing equations. I illustrate this on problems that include accelerated finite-element simulations of large structures, pre- diction of transitions in plane Couette flow, reduced-order modeling of fluid sloshing in a tank, and model-predictive control of soft robots.

George Haller is a professor of Mechanical Engineering at ETH Zürich, where he holds the Chair in Nonlinear Dynamics. His prior appointments include tenured faculty positions at Brown, McGill and MIT. He also served as the first director of Morgan Stanley’s fixed income modeling center. Professor Haller is a former Sloan Fellow, Thomas Hughes Young Investigator (ASME) and a School of Engineering Distinguished Professor (McGill), as well as current external member of the Hungarian Academy of Science. He serves as associate editor at the Journal of Applied Mechanics, feature editor at Nonlinear Dynamics and senior editor at the Journal of Nonlinear Science. He is an elected fellow of SIAM, APS and ASME.