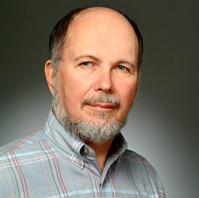 Dr. Jeff Colvin
Lawrence Livermore National Laboratory
Abstract: We have been developing new paths to achieve higher hard x-ray fluences for civilian, space, and military applications, including inertial confinement fusion. The focus of this research has been on development of new ultra-low-density pure metal foams fabricated as self-supporting structures of nanowires, and parallel development of novel metalnanoparticle- loaded carbon nanotube foams. In this presentation I will discuss the foam development work, review the x-ray spectral emissivity data obtained from Omega and NIF laser experiments with the new foam targets, and compare the experimental results to those predicted by 2D simulations with a radiation-hydrodynamics code incorporating detailed non- LTE atomic models. I will show how this work has opened up two new paths to getting higher x-ray conversion efficiency at high photon energies for laser-driven x ray sources, and helped to advance our understanding of non-equilibrium atomic physics.
Jeff Colvin: Jeff Colvin earned his B.A. in physics from Rutgers University in 1965, his M.S. in physics from the University of New Mexico in 1968 and his Ph.D. degree in physics from New Mexico Institute of Mining and Technology in 1974. Between 1983 and 2000, his research focused on computational modeling and design of inertial confinement fusion (ICF) targets as part of the ICF Program first at Los Alamos National Laboratory (LANL) and then at Lawrence Livermore National Laboratory (LLNL). He was the lead design physicist for two Centurion (classified ICF) tests and, as such, had the principal responsibility for planning and design of the experiments, and coordinating and overseeing their engineering design, fabrication, assembly, fielding, and diagnostics. He also initiated the LANL program of weapon physics experiments on lasers with an experiment campaign in hydrodynamic instabilities on the Helen laser in the U. K. In 2000 he began doing research on the properties and behavior of various materials under laser-driven shock loading. He did computational modeling and design, theoretical analyses, and led the experimental teams doing laser experiments for materials science. In about 2007 he joined the x-ray source development (XRSD) team at LLNL, and is currently the lead design physicist for the XRSD Program.