Pulsed Power as a New Tool in Healthcare 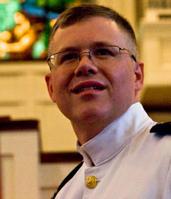 Pulsed power is well known in plasma technology and for fusion and defense applications.  More recent investigations have focused on applying it to induce multiscale changes in biological specimens for applications ranging from drug delivery to wound treatment.  The most common and mature example of this approach is electroporation, in which pulsed electric fields are applied to a tissue or cell suspension to charge the cell membranes to the point at which they open.  Recent modifications have focused on shortening the pulse duration and increasing the field strength to additionally manipulate intracellular organelles to change cellular function.

In this talk, I will discuss research conducted by our cross-disciplinary team of biologists, engineers, and computational physicists.  First, I will briefly summarize the physics, biology, and application space for pulsed power in healthcare.  Next, I will show the potential contributions of computational physics toward predicting the effects of AC (sinusoidal) fields on membrane pore formation and assess potential implications on molecular delivery.  I will use this model to show how generating an oscillatory cell membrane voltage with appropriate amplitude may extend the lifetime of the created pores, suggesting a mechanism for the observed improvement of drug delivery with RF fields.  This approach shows how computational physics can provide guidance to experimentalists and biologists on experimental parameters in multidisciplinary projects while also elucidating potential mechanisms that can be exploited to optimize molecular delivery.

Biography:  Dr. Allen Garner received his BS in nuclear engineering from the University of Illinois in 1996, MSE in nuclear engineering from the University of Michigan in 1997, MS in electrical engineering from Old Dominion University in 2003, and Ph.D. in nuclear engineering from the University of Michigan in 2006.  From 1997 to 2003, he served as on active duty in the Navy as a nuclear trained submarine officer, serving as a division officer onboard the USS Pasadena (SSN 752) and Prospective Nuclear Engineering Officer instructor in Norfolk, VA.  Upon completing his Ph.D. in 2006, Dr. Garner joined GE Global Research Center in Niskayuna, NY, where he is currently an electromagnetic physicist who conducts computational work in electromagnetism, plasmas, and multiphysics and has led multidisciplinary efforts in plasma medicine.  He is also a Lieutenant Commander in the United States Navy Reserves assigned to Naval Surface Warfare Center, Dahlgren, VA as a Systems Engineer.  Dr. Garner has been awarded the Navy and Marine Corps Commendation Medal, five Navy and Marine Corps Achievement Medals, and the 2006 Distinguished Achievement Award in Nuclear Engineering and Radiological Sciences.