The ongoing need for environmentally friendly energy production is driving research into power systems that take advantage of steady currents in oceans and rivers.

Jennifer Franck, assistant professor of engineering physics at UW Madison was invited by the School of Aeronautics and Astronautics to present her work in oscillating foil wake dynamics and predictive modeling. She presented her work on November 2 in Purdue’s Armstrong Hall. 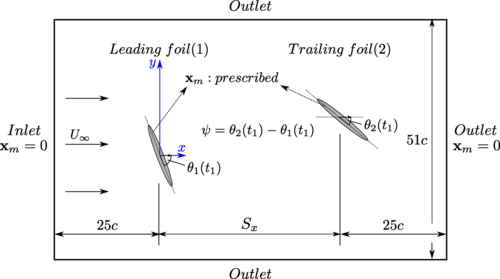 “Wind energy turbines use kinetic energy from the air to produce electricity. The same thing is possible in water,” Franck said. “These are young technologies relative to wind, but that makes it an exciting time to be in this field.”

She said working in a marine environment, especially in dealing with salt water, makes deployment and maintenance challenging, but it brings substantial benefits: It can be deployed anywhere that water flows and can continue producing power regardless of weather cycles or available sunlight.

“With water being a thousand times more dense than air, you want a location that has a high constant velocity, and predictable velocity. Tidal flows can be predicted far out into the future based on phases of the moon,” she said. “It exists, it’s predictable, we just have to build the technologies to get it there.” 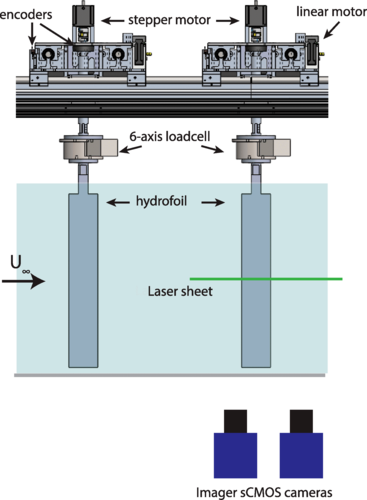 She presented a system that uses two oscillating hydrofoils in tandem, and through simulation and experimentation determined the ideal phasing and spacing between the two foils to maximize the efficiency of the system.

“Oscillating foil turbines generate the most power at a high angle of attack, so the power curve is cyclic. If you pair two foils together out of phase with one another, it can have a more consistent output,” she said.

She and her team built two prototypes in 2015 and tested them in brackish water. She said the experiments helped them learned a lot about this mechanism, and that it was overall very successful – and the simulations did scale up.

One significant advantage of oscillating foils over a radial turbine design is that their rectangular profile is more efficient than a circle at making use of the cross-sectional area of flow. Circles leave a lot of wasted space.

Flume tests were conducted in a joint effort between UW Madison and Brown University’s Breuer Lab using a variety of simulation techniques. They determined the relationship between power peaks and separation of low-pressure areas. The experimental prototypes also showed that the system is resilient — cross-currents and other real-world factors don't have much impact on output.

“There are quite a few different kinematics that give us this regime of optimal power generation. They’re not very sensitive to how you’re flapping it,” Franck said.

“We characterized the vortices on the leading and trailing edges of the airfoil, and considered the effect on tandem and staggered configurations of a two-foil system.”

They are currently analyzing data from simulations to correlate the wake structures to the plot of the power difference between the foils. Machine learning and data-driven techniques are helping with predictive modeling. Franck hopes to to continue using machine-learning techniques to predict what the average power output could be in a two-foil system.