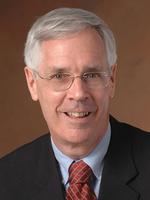 John P. Sullivan
John P. Sullivan, professor emeritus and former head of the Purdue School of Aeronautics and Astronautics, has won the J. Leland Atwood Award. It is given annually by ASEE and AIAA, honoring an outstanding aerospace engineering educator for their contributions to the profession.

John P. Sullivan, professor emeritus and former head of the Purdue School of Aeronautics and Astronautics, has won the J. Leland Atwood Award.

The Atwood award has been given annually since 1985 by the American Society for Engineering Education (ASEE) and American Institute of Aeronautics and Astronautics (AIAA). It honors an outstanding aerospace engineering educator in recognition of their contributions to the profession.

When he was head of the school from 1993 to 1998, Sullivan hired Bill Crossley as a young faculty member. Crossley is now the J. William Uhrig and Anastasia Vournas Head of the School of Aeronautics and Astronautics.

“John spearheaded our efforts to make Design, Build, Test projects available to our students. His initial efforts led to our current plethora of these offerings across our school, including spacecraft, aircraft, rockets, and various aerospace-related subjects,” Crossley says. “John brought his experiences with Boeing and NASA back to Purdue to both enhance and make more relevant what we offer to our students.”

Sullivan served as a professor in AAE for 45 years before retiring. In addition to serving as head of AAE, he has also been director of Purdue’s Aerospace Sciences Laboratory and Purdue’s Center for Advanced Manufacturing, and participated in an advisory capacity with both NASA and Boeing.

Sullivan’s award was announced at the ASEE Annual Conference and Exposition in June 2022. An engraved medal and certificate will be physically handed to him at the AIAA Aerospace Sciences Meeting in January 2023.