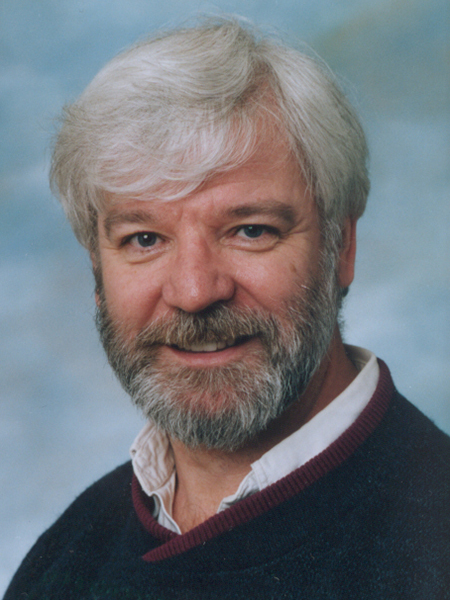 The main research area is Experimental Mechanics with an emphasis on the development of a new methodology for analyzing impact and wave propagation in complicated structures with the goal of being able to extract the complete description of the wave and the dynamic system from limited experimental data. Special emphasis is placed on solving inverse problems by integrating experimental methods with computations methods (primarily Finite Element based methods).

This research is based on the assertion that, in modern analyses, constructing the model is constructing the solution—that the model is the solution. But all model representations of real structures must be incomplete; after all, we cannot be completely aware of every material property and every aspect of the loading and every condition of the environment, for any particular structure. Therefore, as a corollary to the assertion, we posit that a very important role of modern experimental stress analysis and experimental mechanics in general is to aid in completing the construction of the model.

That the model is the focal point of modern Experimental Mechanics has a number of significant implications. First, collecting data can never be an end in itself. Invariably, the data will be used to infer indirectly (or inversely) something unknown about the system. Typically, they are situations where only some aspects of the system are known (geometry, material properties, for example) while other aspects are unknown (loads, boundary conditions, behavior of a nonlinear joint, for example) and we attempt to use measurements to determine the unknowns; these are partially specified problems. The difficulty with partially specified problems is that, far from having no solution, they have a great many solutions. The research question revolves around what supplementary information to use and how to incorporate it in the solution procedure. Which brings us to the second implication. The engineering point to be made is that every experiment or every experimental analysis is ultimately incomplete, there will always be some unknowns and at some stage the question of coping with missing information must be addressed. This is not a question of collecting more data, "re-do the experiment," or design a better experiment. This is not a statistical issue where if the experiment is repeated enough times, the uncertainty is removed or characterized. We are talking about experimental problems which inherently are missing enough information for a direct solution.

These ideas with the accompanying algorithms and examples are presented in the book:

The problems tackled cover the complete range of topics and include static/dynamic, linear/nonlinear applied to a variety of structures and components.

A final point: current technologies are exploring the possibility of using nanostructures in a variety of applications. These do not lend themselves to traditional methods of experimentation; the inverse methods being developed here offer great potential to overcome the challenges.

Contemporary structural mechanics problems present special difficulties for teaching in that they pose a great challenge to have sufficient representative results. A lecture example by its nature is a single realization—a single geometry, material, or load case; multiple test cases and examples are just not feasible if the time devoted to it is to remain reasonable. But engineers, being introduced to something new, need to see other examples as well as variations on the given examples. Consequently, a new way must be found to present the results garnered from many problems.

As computer modeling becomes easier to use and faster to run, this opens up the possibility of understanding problems through parameter variation and visualizing the results. Whereas computer programs once sufficed to provide numbers—discrete solutions of "stress at a point" and the like—now complete simulations, which present global behavior, trends, and patterns, can be explored and sensitivity studies analyzing the relative importance of geometric and material parameters can be evaluated. Being able to observe phenomena and zoom in on significant parameters, making judgments concerning those that are significant and those that are not, will greatly enhance the depth of understanding.

As envisioned, the explorations run either concurrently with or prior to covering the material in lecture, and becomes a resource to be interacted with and tested against as the examples are explored.

The intent of QED is to provide an interactive simulation environment for studying a variety of problems in structural mechanics—static/dynamic, vibration/stability, linear/nonlinear, frames/shells; it is a laboratory for exploration and accumulation of experiences. QED is finite element based but its design is such that it isolates the user from having to cope with the complexity of the underlying enabling programs and presents each problem in terms of a limited (but richly adaptable) number of choices and combinations—the parameterized problem. The complete package is available on CD and runs on any MS Windows machine.

The process of finite element analysis can be broken down into three separate stages and these are presented as independent modules in QED. The pre-processing stage allows the model geometry to be defined, the boundary conditions imposed, the loads applied, and the mesh generated. In the second stage, the analytical solution is obtained. The analyses available are static, buckling, vibration, transient dynamic, nonlinear dynamic, and forced frequency. Choices as to the type of solution required and the parameters best suited to guide the procedure are made. In the post-processing stage, results are displayed in a variety of ways. Contour plots of nodal results, the deformed shape, free body diagrams, movies and animations, and time history traces are available. The essence of many nonlinear phenomena is captured in single differential equations; a gallery of standard nonlinear equations are also presented.

The theoretical background for the explorations is covered in the four volumes of Modern Introduction to Mechanics of Structures:

This approach to learning is being slowly introduced into AAE352L, AAE453, AAE546, AAE547, and AAE646. Having this flexible sophisticated simulation to counterpoint the lecture examples profoundly affect the students' perception of both theory and computational methods. The interplay of both also establish an interesting and exciting dynamic.