Professor W. Nicholas Delgass passed away peacefully at home on August 17, 2021 after a long and courageous fight with cancer to stay with us and to continue to care for us for as long as he could. 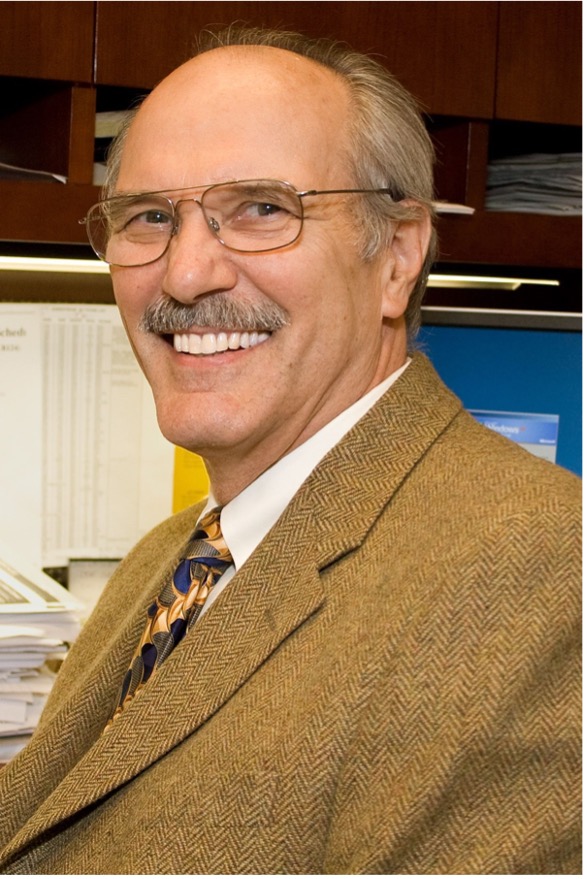 Professor W. Nicholas Delgass passed away peacefully at home on August 17, 2021 after a long and courageous fight with cancer to stay with us and to continue to care for us for as long as he could.  He was cared for by his loving family, Betty, his wife of 54 years, and their two sons, Michael and Leif.  Nick was born and raised in the East Coast, graduating from Staples High School in Westport, CT.  He earned an undergraduate degree in Chemical Engineering and Mathematics from the University of Michigan (1964) and a Ph.D. in Chemical Engineering from Stanford University (1969) and then completed his post-doctoral fellowship at the University of California at Berkeley (1969).  He started his academic career at Yale University, from where he moved to Purdue University in 1974.  Nick had a distinguished 38-year career in Purdue’s School of Chemical Engineering, where he stayed active in research and mentoring even after his retirement in 2012 as the Maxine Spencer Nichols Emeritus Professor of Chemical Engineering.

Nick is recognized internationally for his work in bringing together new analytical tools, catalyst characterization methods, catalyst chemistry and design, and reaction engineering into the analysis of chemical reaction systems and their mechanisms. Nick Delgass was the consummate teacher and scholar, with a unique combination of wisdom, vision, generosity, and kindness that created a magnetic personality, allowing him to serve as the nucleus of the center of excellence in catalysis research at Purdue and more recently as the inspiration and genesis of the NSF Center for Innovative and Strategic Transformation of Alkane Resources.  Few researchers have impacted the field so broadly. Nick’s career started with seminal work in the application of Mössbauer spectroscopy to catalytic reaction systems, in studies that provided unprecedented insights into the structure and function of iron-containing catalysts for C1 conversion, then and now the enabling technology for valorizing natural gas resources. His focus remained throughout on a quest for the continuous discovery of catalytic reaction systems of significant importance in practice.  He is widely regarded as an intellectual leader in catalysis  for his advances in epoxidation, hydrodesulfurization, NOx conversion, and biomass hydrodeoxygenation catalysts. His decade-long work on NOx traps and on catalytic strategies for NOx mitigation using Cu/zeolite catalysts has greatly influenced the design and practice of NOx abatement strategies that are ubiquitous today in diesel effluent aftertreatment. Nick’s imagination and creativity led him to propose and implement the novel concept of Discovery Informatics, which integrates high throughput experimentation with microkinetic models into a targeted search for catalysts designed for specific reactivity and selectivity.

Nick Delgass served the profession admirably and with great impact for more than four decades.   He served as Editor-in-Chief of Journal of Catalysis, the flagship archival journal of the field.  His teaching and mentoring at Purdue are truly legendary.  He won virtually every teaching award at Purdue, was inducted into the Purdue Book of Great Teachers, and received the inaugural Engineering Mentoring Excellence Award.  His research awards include the 2013 Herman Pines Award in Catalysis, Catalysis Club of Chicago; 2012 R.H. Wilhelm Award in Chemical Reaction Engineering, AICHE; 2011 (Inaugural) Award for Distinguished Service in the Advancement of Catalysis, North American Catalysis Society; 2006 Excellence in Catalysis Award, Catalysis Society of Metropolitan New York; 1985 Giuseppe Parravano Memorial Award for Excellence in Catalysis Research, Michigan Catalysis Society; 1990 AT&T Foundation Award, ASEE; 2007 Purdue College of Engineering Team Award.

Nick was a truly gentle man, unmatched in his grace, thoughtfulness, and sincere concern for others.  He brought these personal qualities together with a superb intellect and with an uncompromising penchant for rigor, precision, and scholarship. He mentored not only his students but everyone who was touched by interactions with him.   Nick graduated more than 70 PhD students and he was very proud of all of them.  Betty and Nick were also the consummate hosts to so many students and friends; they brought them together within their home with their warmth and hospitality, with Nick often clad in his signature tuxedo to match his broad smile.  His honesty, humility, and enthusiasm set the benchmark from which so many of us have learned.  He listened to everyone with respect; he never preached. His generous spirit, keen intellect, and above all his kindness will remain the everlasting legacy of one of the leading figures in our discipline.  To many in the chemical engineering and catalysis communities, at Purdue and everywhere, Nick Delgass was also a dear friend.

The Davidson School of Chemical Engineering would like to cordially invite alumni and friends to commemorate the life of Professor Nick Delgass. For more information, please follow this link: https://engineering.purdue.edu/ChE/events/2021/delgass-symposium-2021

To view pictures of Professor Delgass or add your own photos, please visit this Google Photos Album.