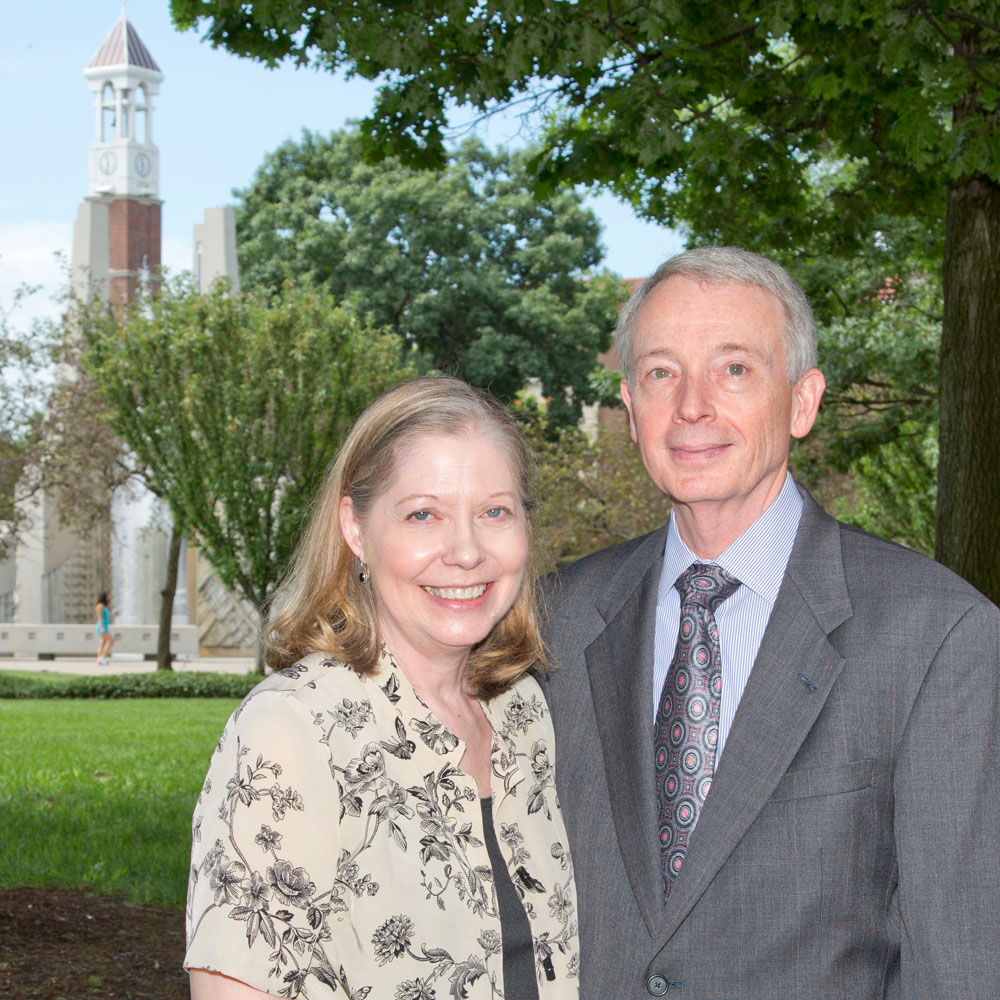 School Named in Honor of Charles (BSChE '72) and Nancy Davidson

When he was approached about the possibility of making a gift that would result in his name forever being associated with the School, Davidson was honored — and also surprised to learn the opportunity to make such a transformative commitment was still available.

“I thought it was crazy that this institution had existed for 100+ years and hadn’t been named yet,” he says. “It was time.”

“What more can be said about the loyalty of our alumni and their generosity?” said Daniels, who announced the gift during the President’s Council Annual Dinner. “They are a great part of the reason that Purdue enjoys renowned status on the world stage of universities and what keeps students coming from across the globe. We can’t say thank you enough to Chuck and Nancy Davidson.”

What prompted Davidson and his wife, Nancy, to make the commitment was the School’s list of strategic initiatives geared toward promoting leadership in both education and research.

Their gift will be through multiple endowments that will be allocated to specific purposes: recruiting, retaining and advancing top-tier faculty; initiating new teaching and research programs; supporting graduate students; and maintaining and updating research instrumentation. A strategic initiative fund will provide financial support where the newly christened Charles D. Davidson School of Chemical Engineering needs it most, as determined by the School’s Head.

“My chemical engineering education at Purdue helped me to become successful in the technically complex world of oil and gas exploration and development,” Davidson said. “Nancy and I also know that alumni support of higher education is critically important to enhance program quality and facilities. We want students to get the best possible education in facilities that are of the highest quality and in classes taught by outstanding faculty.

“Our students and faculty have extraordinary ideas that will change the world for the better. This gift will be the catalyst to support their research ideas and allow it to flower,” he said. “It’s also important to note the role of my predecessor, Dr. Arvind Varma, in bringing this opportunity to the attention of Chuck and Nancy.”

After graduating from Purdue, Davidson went on to earn his master’s degree in management from the University of Texas at Dallas and has spent more than 30 years in the oil and gas business. Davidson also serves numerous industry, academic and service organizations. His civic involvements in Houston have included the Boy Scouts of America, Society for the Performing Arts and Spindletop International, an oil industry youth charity.

John A. Edwardson Dean of the College of Engineering Leah Jamieson said Davidson is a shining example of a Boilermaker.

“He is a quiet leader who has achieved great things in his career, making a difference in his local community and on a global scale,” she said. “The College of Engineering is proud to call him an alumnus, and we’re very grateful that Chuck and Nancy’s generosity will allow others to chart their own paths to life success.”

The Davidsons met when Chuck was a student at the University of Texas at Dallas, where she also was a student. They said their gift was driven by their knowledge that education has played such an important role in their lives.

“I am honored that Purdue would associate my name with the School of Chemical Engineering,” he said. “People down the road will have no idea who we were, but they will know that someone cared enough to make an investment in their future.”