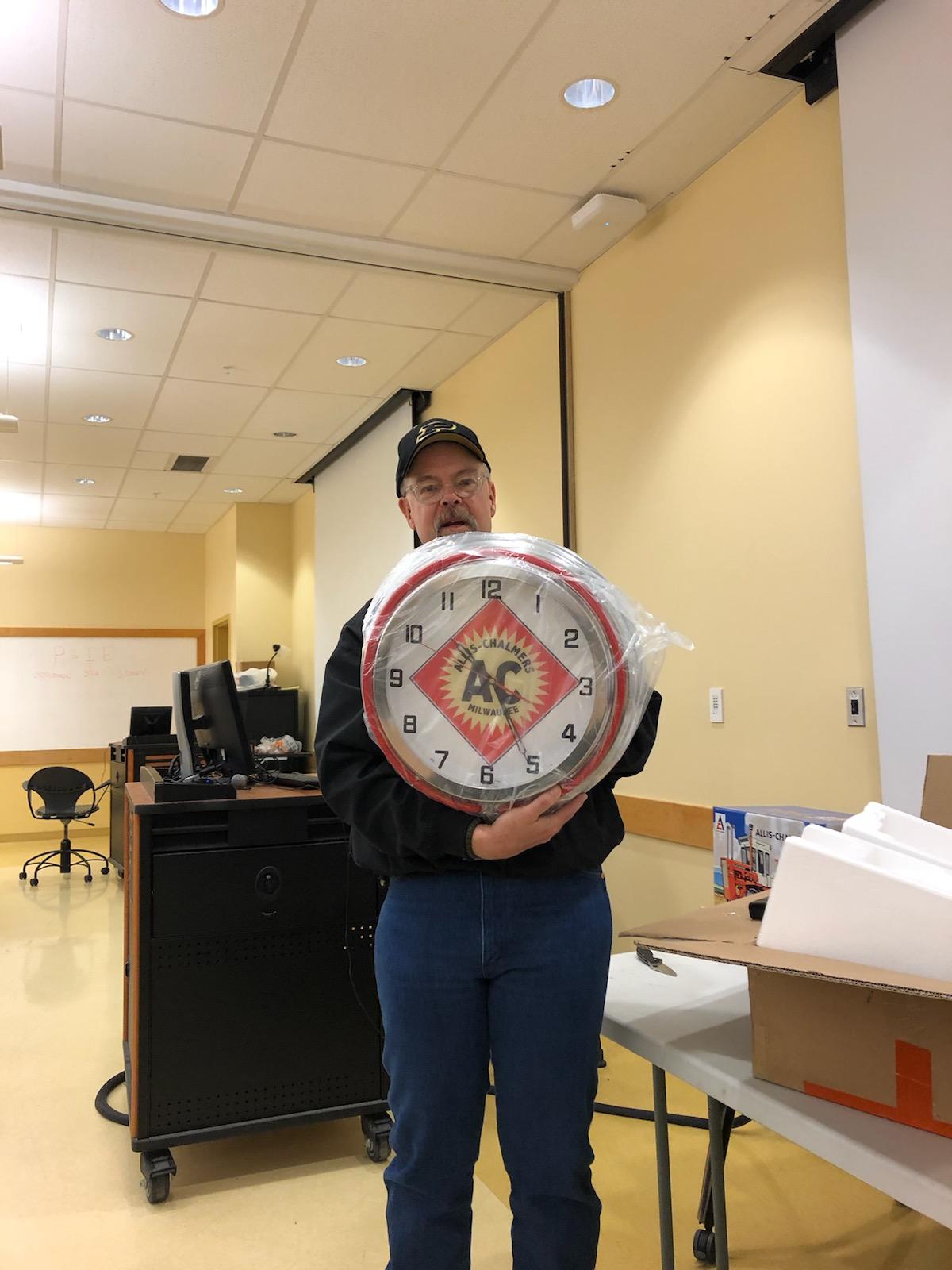 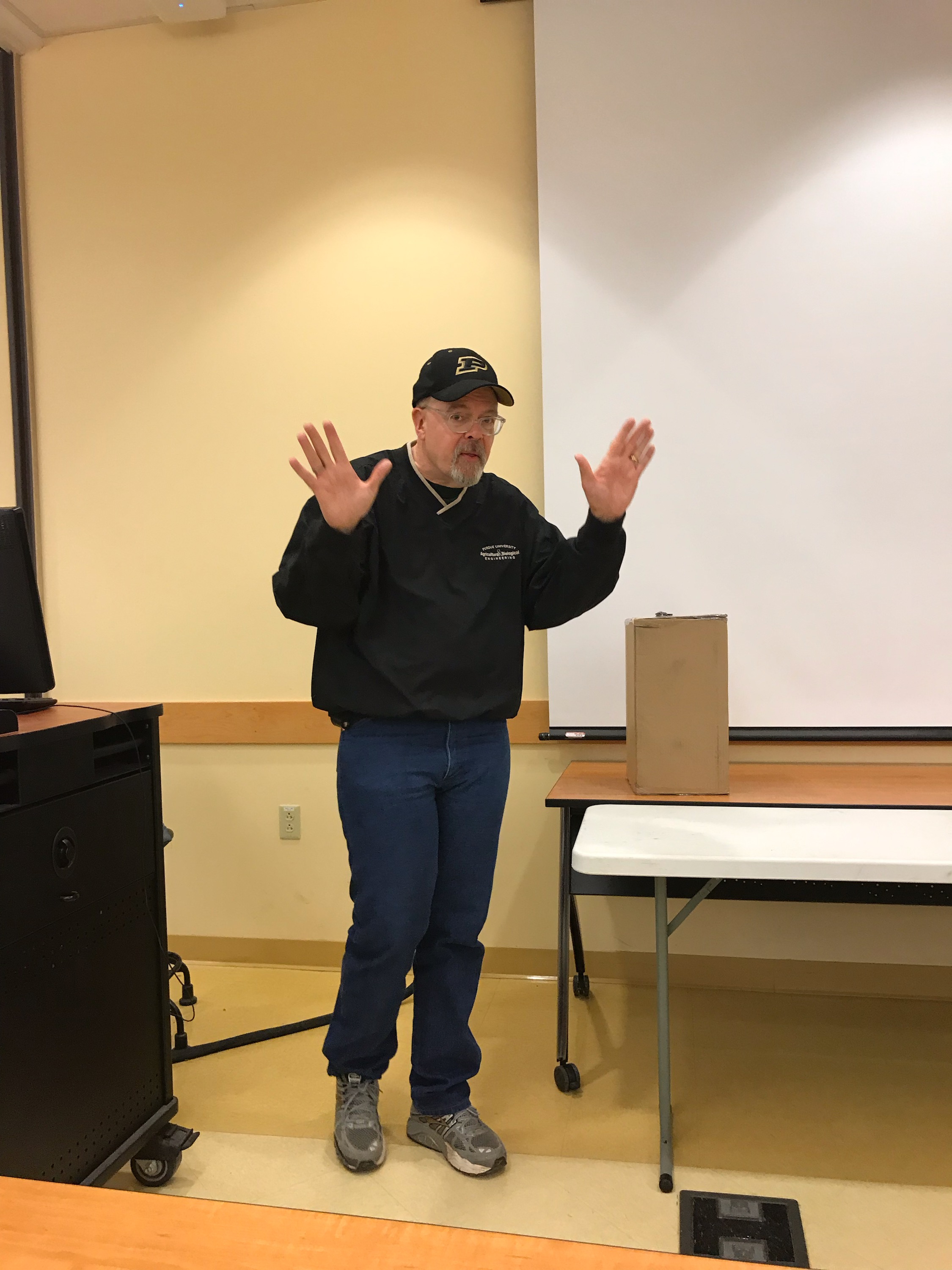 ABE hosted a retirement reception on Tuesday, May 14, at the ADM Agricultural Innovation Center for Dr. Daniel Ess. Dr. Ess has been a part of the ABE faculty for almost 25 years. He officially retired on Wednesday, May 15, 2019, after teaching thousands of hours and mentoring/advising thousands of Agricultural Systems Management students, several of whom returned for his celebration. Retired professors Don Jones, Mack Strickland, and Gary Krutz were on hand to wish him the best, along with Karen Plaut, the Glenn W. Sample Dean of the College of Agriculture.

Dr. Ess will be moving back to Missouri - "back home again." ABE wishes you all the best, Dr. Ess. 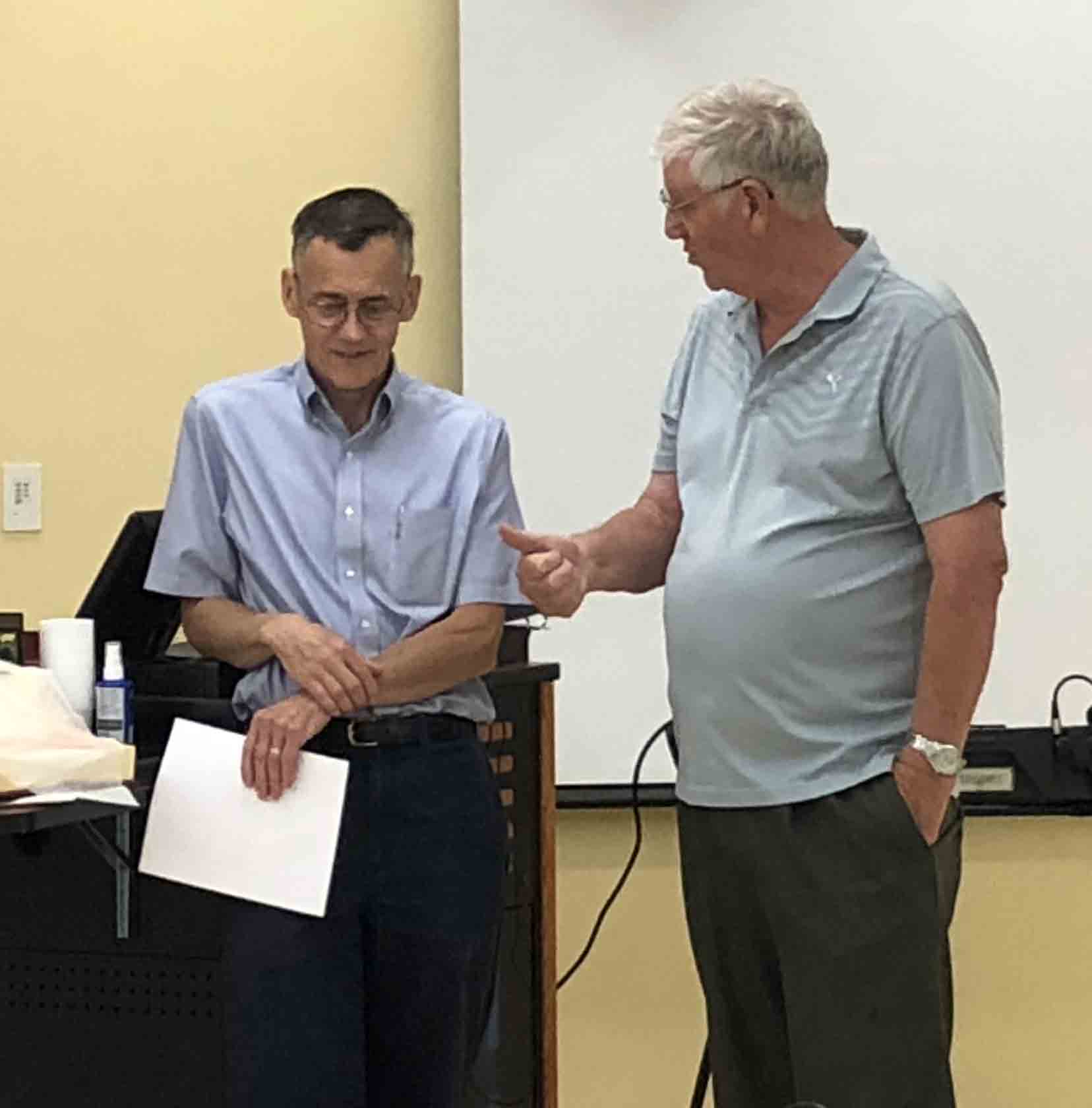 Professor Richard Stroshine officially retired August 31, and the department hosted a celebration on Friday, September 28, at the ADM Agricultural Innovation Center in his honor. In addition to his wife, Alice, and his son, Tim, many of the China Agricultural University students attended, along with many other colleagues of Dr. Stroshine. Thank you for the faithful years of service and for being a DifferenceMaker!

Professor Jones taught or co-taught six classes at Purdue in Engineering and Agriculture, and was twice nominated by ABE for the Best Teacher in Agriculture Award. He served as faculty advisor to the Alpha Epsilon and Alpha Mu Honor Societies and to the ASAE Student Society, as well as advisor to a number of undergraduate design projects. Professor Jones served as faculty advisor for six graduate students and on a large number of graduate examining committees.

Professor Jones worked with Professors Strickland and Engel in several collaborative projects with USEPA from 1990 until 2003 to develop over 90 interactive environmental education programs. The programs were designed primarily for use by the public and by students and were either freely available for download from an EPA website, or sold at cost by Purdue. Many program disks were distributed to elementary and high schools around the US. Six of the programs were translated into other languages for use in other countries. During this 14-year period, over 80 undergraduate and graduate students were employed by the project, where they gained experience as designers and programmers, as well as improved their knowledge about various environmental subjects.

Professor Jones was involved in over $12 million in funded projects involving teaching, research and extension. He worked with a number of faculty members, both at Purdue and at other universities to develop a large number of publications, research and extension projects. These efforts resulted in 14 books and handbooks, 90 numbered extension publications, over 90 educational computer programs as well as a number of other reports and articles. Most notable were long-term collaborations with Animal Science Professor Allan Sutton in the area of livestock environmental issues and with Agronomy Professors Joseph Yahner and Brad Lee in the area of onsite residential wastewater.

Professor Jones was recognized at Purdue with four Purdue University Cooperative Extension awards, two Dean’s Team awards and the Hovde Award for Excellence in Educational Services to Rural People of Indiana. In addition, he received the 2008 Certificate of Distinction Award from the Purdue Agricultural Alumni Association. Nationally, he served on a number of technical committees for his professional society, The American Society of Agricultural and Biological Engineers (ASABE), received the ASABE Young Extension Engineer award (1981) and was named a Fellow of the Society in 2007. Professor Jones received a total of 25 extension education awards for his publications and displays as well as two journal paper awards from ASABE.

In retirement, he continues to complete a handbook with Keith Johnson (Agronomy) and Ron Lemenager (Animal Science) which is intended for use by farmers in the Corn Belt. In his spare time, he enjoys traveling, carpentry and reading.

Don married Hiromi Asano in Honolulu in 1968. They have one daughter, Jo.  Family also includes one brother, James, and two sisters, Lila and Nina.

Professor Gaines (Buddy) Miles - retired after 25 years of service with Purdue University in the Agricultural and Biological Engineering Department.

Buddy joined Purdue in 1983 as an associate professor and became a full professor in 1989. His research interests are power and machinery with interests in robotics, machine vision, expert systems and artificial intelligence applied to mechanization of specialty crops.

The ABE department is establishing a scholarship fund in honor of Professor Miles to benefit Agricultural Systems Management undergraduate students. Gifts for this scholarship fund may be sent to Becky Peer, Agricultural & Biological Engineering, 225 South University Street, West Lafayette, IN 47907