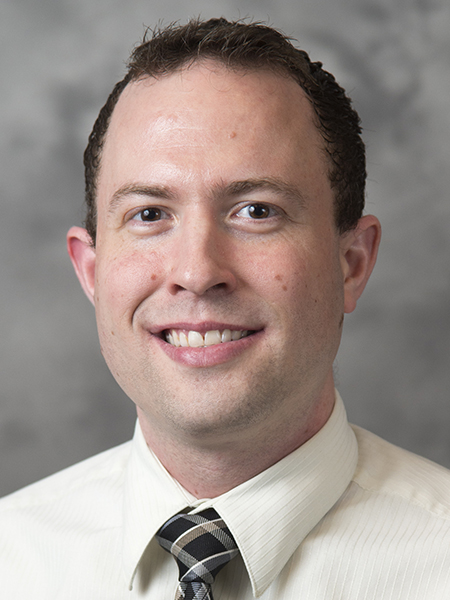 Research and experience focused on advanced technologies of high performance hypersonic flight vehicles to support entry, descent, and landing of human and robotic systems at Earth and Mars. Research has encompassed a variety of missions including Mars exploration, human lunar return, and conventional prompt global strike.

Recipient of NASA Tech Brief Award granted by the Inventions and Contributions Board for contribution, "Particle Swarm Optimization Toolbox", 2009

Boeing Engineering Student of the Year, 2009

Professor Grant's research is motivated by the computationally intensive iteration that plagues the design of complex aerospace systems. His advancements in hypersonic aerodynamics and trajectory optimization were chosen such that the aggregation of these advancements collapse the traditional, segregated design environment into a rapid, unified, mathematical framework to support the conceptual design of hypersonic missions. This framework capitalizes on the connectedness of hypersonic solutions to fundamentally alter the manner in which space systems are conceived. This research is made possible through the appropriate coupling of fundamental design techniques with modern computing. As such, his research includes the implementation of advanced computational architectures (e.g., scientific GPU computation) to execute his design methodologies.

His research in rapid design techniques extends beyond conceptual studies. Onboard flight computers have limited resources that also demand rapid calculations, and a portion of his research efforts focuses on performing onboard, real-time trajectory optimization. His research interests also include the incorporation of other disciplines within the rapid design environment to capture additional complex interdisciplinary interactions (e.g., fluid-structure interaction). This work would serve as a means to study and catalogue the fundamental integration of disciplines. While his research has largely focused on the design of entry, descent, and landing missions, his interests also extend to launch and orbit phases of the mission. Finally, his interests also include guidance and mission design for flight projects. In the past, this has included entry path-planning of the Mars Science Laboratory, Dream Chaser vehicle, and Orion command module as well as launch aborts of the Space Shuttle.