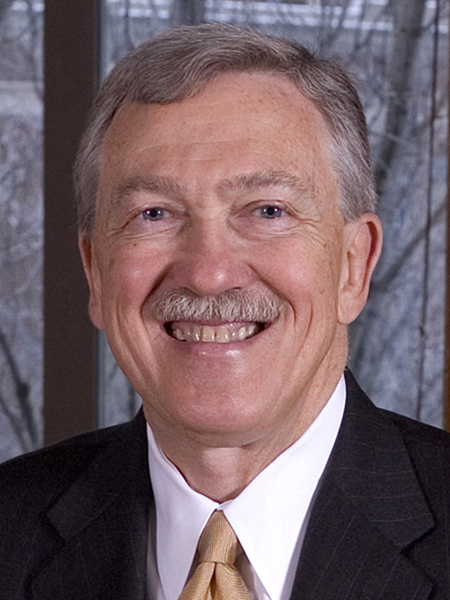 Dr. Martin C. Jischke became Purdue University's 10th president in August 2000 and retired in 2007. A Chicago native, he received his bachelor's degree in physics with honors from Illinois Institute of Technology, and earned his master's and doctoral degrees in aeronautics and astronautics from the Massachusetts Institute of Technology.
A prominent American higher-education administrator and advocate, he formerly was president of Iowa State University, chancellor of the University of Missouri-Rolla, and faculty member, director, dean and interim president at the University of Oklahoma.

Dr. Jischke has held numerous national leadership roles in service to colleges and universities. He is president of the Global Consortium of Higher Education and Research for Agriculture. He has served as chair and board member of the National Association of State Universities and Land-Grant Colleges and as a board member of the American Council on Education. He is on the Boards of Directors of the National Merit Scholarship Corporation and the Association of American Universities, and is a member of the Kellogg Commission on the Future of State and Land-Grant Universities and the American Council on Competitiveness.

Dr. Jischke is a Fellow of the American Association for the Advancement of Science and American Institute of Aeronautics and Astronautics. He is a recipient of the Centennial Medallion of the American Society for Engineering Education. The Illinois Institute of Technology and the National Agricultural University of Ukraine have cited him with honorary doctoral degrees. He also has received the Illinois Institute of Technology Professional Achievement Award and the Ukraine Medal of Merit from that nation's president for outstanding service by a foreign national.

He has served on numerous civic, state and corporate boards during his academic career. Additionally, he has been a science advisor and consultant to a range of state and federal agencies, government officials and corporations, including a term as a White House Fellow and Special Assistant to the Secretary of Transportation.

Dr. Jischke is married to Patricia Fowler Jischke. They have two grown children, Charles and Marian.