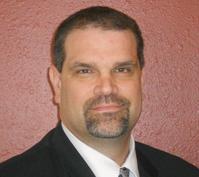 My Purdue story begins on a bus.  I left for Purdue with two suitcases and not much information.  I took the shuttle bus from the Indianapolis airport to the Union on a hot, August day in 1989.  As it turns out, most of the shuttle was filled with upper class members of the swim team returning to Purdue for school.  They were excited to meet a new student and amazed that I had no more help than a plane ticket to find my way around.  When we arrived, one of the swimmers met her waiting boyfriend and immediately had him take me, instead of her, in his nearby car.  While she waited in the summer heat, he took me to my new dorm and made sure I was checked in for the coming school year.  I will never forget that act of kindness.

When it came time to consider my choice of engineering schools, I visited an open house that had been advertised by Nuclear Engineering.  Two of my first year friends tagged along, planning to mooch from the promised pizza.  When we arrived, there was no open house; there had been a terrible miscommunication and the only person present was Prof. Frank Clikeman, then the Acting Head of the School.  He told us that the event had been cancelled.  We told him that it was no problem because two of us were there just to eat pizza any way.  “We promised you pizza, so we’ll give you pizza,” declared the gruff Dr. Clikeman.  He proceeded to drive us all to a pizza place on the levee, and stuffed three students with all the pizza we could eat.  More importantly, he spent the evening answering all of my questions about a nuclear engineering career.  I will never forget that attention.

This pattern continued throughout my time at Purdue.  Professors, staff, and fellow students would take the time to teach me, show me, and mentor me until I could return the favor for others.  In my career at Purdue, the U.S. national laboratories, and now, back at Purdue, I have always tried to offer that personal attention to my students, in repayment for others who helped make my education and career successful.