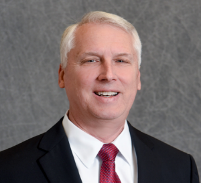 Dr. John G. Gilligan is Distinguished University Professor of Nuclear Engineering at North Carolina State University and Executive Associate Dean for the College of Engineering (Chief Operating Officer for the College).   In addition, Dr. Gilligan serves as the first and only Director of the Nuclear Energy University Program (NEUP) Integration Office for the US Department of Energy since 2008.  The NEUP competitively awards contracts to universities to conduct peer-reviewed research in support of the development of commercial nuclear energy.  In the most recent year, awards were made at the level of about $70M to over 50 universities and included equipment grants and support for university nuclear reactors and student scholarships and fellowships.
Gilligan has authored over 120 peer-reviewed publications in areas such as high power density plasmas and launchers, plasma-material interactions, nuclear systems, nuclear fusion, computational transport methods and engineering education.  He has chaired or co-chaired 17 Doctoral committees and many Master’s committees.  Dr. Gilligan has edited and published the Nuclear Science and Engineering Education Sourcebook since 1986 on behalf of the American Nuclear Society and the US DOE, and has served on a number of external Boards of Directors including the American Society for Engineering Education, UT-Battelle (Oak Ridge National Lab), Battelle Energy Associates (Idaho National Lab), the National Institute for Aerospace (NIA), and the Research Triangle Institute-International (RTI).  He was also the founding Education Director for the US-DOE Nuclear Modeling and Simulation Hub for the Design of Light Water Reactors (CASL).
He has served on the faculty at the University of Illinois-UC and held research positions at Princeton University and Argonne National Laboratory.  Dr. Gilligan has held leadership posts in the American Nuclear Society and the American Society of Engineering Education.  He has been awarded the Alcoa Foundation Engineering Research Achievement Award and the 2017 ANS Arthur Holly Compton Award.  Dr. Gilligan has given numerous invited lectures at universities and conferences.
Professor Gilligan is the former University Vice Chancellor for Research and Graduate Studies at NC State University.  Previously Dr. Gilligan had served at the Dean level in the 11,000 students NCSU College of Engineering and also as NCSU Interim University Vice Chancellor for Extension and Engagement.
Gilligan earned his B.S. in Engineering Sciences Engineering from Purdue University and his M.N.E and Ph.D. degrees in Nuclear Engineering from the University of Michigan-Ann Arbor.