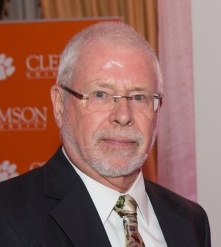 Jean-Marc Delhaye (Doctor of Science, Physics, Grenoble University, 1970, Diploma of Engineering, Hydraulic Engineering, Grenoble Institute of Technology, 1964) is currently affiliated with the Department of Mechanical Engineering of Clemson University, SC.  Previously, he held several positions at CEA/Grenoble, a research center of the French Atomic Energy Commission.  He was appointed Head of the Industrial Thermal-hydraulics Laboratories (1994-1997), and then Director of Research (1997-2002).  In addition, Dr. Delhaye was for many years Professor at Ecole Centrale, Paris (1976-2000), one of the most famous schools of engineering in France, and at the French National Institute for Nuclear Science and Technology (1999-2007).
In addition to his academic and research activities, Dr. Delhaye was the Co-Founder and Co-Editor-in-Chief of Multiphase Science and Technology (1976-2016) and is a Past-President of the Assembly for the International Heat Transfer Conferences.
He is or has been a member of several Editorial Advisory Boards of international journals among which the International Journal of Multiphase Flow, Experiments in Fluids, the International Journal of Heat and Mass Transfer, and International Communications in Heat and Mass Transfer.
Dr. Delhaye has lectured in 36 different countries and served as an international expert in Venezuela, the Netherlands, Argentina, USA and for the European Union.
He is the author, co-author or co-editor of 13 books, and the author or co-author of more than 80 refereed articles.
A laureate of the French Academy of Science in 1971, Dr. Delhaye received several awards among which the 1988 Grand Prize of the French Society for Hydraulic Engineering, the 2002 Technical Achievement Award of the Thermal Hydraulic Division of the American Nuclear Society, the Clemson University Board of Trustees Award for Faculty Excellence (2002) and the 2014 Byars Prize for excellence in teaching engineering fundamentals (Clemson University, College of Engineering and Science).
He is a Fellow member of the American Nuclear Society (ANS), of the American Society of Mechanical Engineers (ASME), and a Nureth Fellow.  A Chevalier of the French Order of Academic Palms, he received the Gilded Silver Medal of the City of Grenoble in 2002.
Dr. Delhaye’s research interests have covered a wide area in two-phase flow and heat transfer including analytical formulation, modeling, and measuring techniques.  His last research activities mainly concerned forced convective subcooled boiling at high pressure, single-phase forced convection in narrow rectangular channels, gas-lift systems for reprocessing plants, and scaling methods in science and engineering.