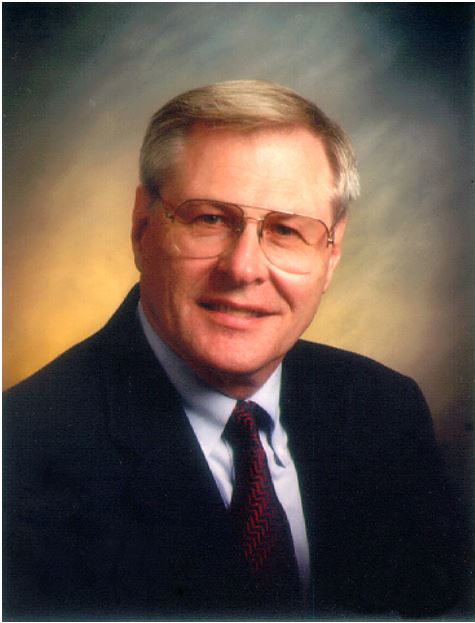 Gerald L. Kulcinski is currently the Grainger Professor of Nuclear Engineering-Emeritus and the Director of the Fusion Technology Institute at the University of Wisconsin-Madison.  Dr. Kulcinski was the Associate Dean of Research for the College of Engineering from 2001 to 2014. He was elected to the National Academy of Engineering in 1993 and was awarded the NASA Public Service Medal in 1993 and the NASA Exceptional Public Service Medal in 2010.  He served on the NASA Advisory Council from 2005 to 2009 and in 2008 he was appointed to the Advisory Committee for the Department of Commerce on Emerging Technology.  He has been a Fellow in the American Nuclear Society since 1978.
Professor Kulcinski conducted and directed research on the effects of radiation in metals while serving as a senior research scientist at the Battelle Northwest Laboratories from 1965 to 1971 and worked on the Nuclear Rocket Program at Los Alamos in 1963.  From 1965 to 1971 he was a Lecturer at the Center for Graduate Study in Richland, Washington.  Dr. Kulcinski joined the Nuclear Engineering Department at the University of Wisconsin in 1972.  He was a visiting scientist at the Karlsruhe Nuclear Research Center in West Germany in 1977 and was on sabbatical leave at the Bechtel Corporation in San Francisco in 1989 and 1995.
He has been a member of the American Nuclear Society since 1961, secretary of Richland, Washington section (1970), student advisor of the Wisconsin Chapter (1972-73), Technical Program Chair of the 2nd ANS Topical Meeting on Fusion Technology  (1976), served on the Board of Directors (1987-90), chair of the Honors and Awards for the Fusion Division (1997-2004), and was the General Chairman of the 16th ANS Topical meeting on Fusion Technology (2004).  In 1978, he received the Curtis W. McGraw Research Award by the Engineering Research Committee of the American Association of Engineering Education.  In 1980, he received the Outstanding Achievement Award from the Controlled Thermonuclear Division of the American Nuclear Society.  He served on the Governor’s Energy Policy Task Force for the State of Wisconsin in 1980 and was a U.S. delegate to the International Tokamak Reactor (INTOR) Project in Vienna, Austria from 1979 to 1981.  He was on the advisory panel for INTOR until 1987.  In 1984, he was appointed to the Grainger Chair of Nuclear Engineering at the University.  He received the John Randle Grumman Achievement Award from the Grumman Aircraft Corporation in 1987.  He was awarded the 1992 Leadership Award in Fusion by Fusion Power Associates.  In 1993, he was elected to Phi Kappa Phi.  In 1994, he was awarded the Distinguished Faculty Award by the Wisconsin Alumni Foundation and in 1995, he received the Wisconsin Big 10 Centennial Award.  In 2009 he was awarded the Hilldale Award in Physical Sciences by the Chancellor of the University of Wisconsin and in 2015 he received the Distinguished Career Award from Fusion Power Associates. He was an Associate Editor of Fusion Engineering and Design from 1983-2003.  Dr. Kulcinski has served on several review panels for the National Academy of Sciences, the Department of Energy, Los Alamos National Laboratory, Sandia National Laboratory, and Argonne National Laboratory in the United States as well as for the Karlsruhe Nuclear Laboratory in Germany and the Ontario Hydroelectric Utility in Canada.  He was a member of the National Research Council Board on Energy and Environmental Systems from 2000 to 2005.
Dr. Kulcinski received his B.S. Chemical Engineering degree in 1961 and his Ph.D. in Nuclear Engineering from the University of Wisconsin in 1965.  His current research interests lie with the assessment of technological and environmental aspects of the production of electricity from renewable, fossil, and nuclear energy sources.  He has published over 350 peer-reviewed scientific articles, over 300 additional reports and articles in conference proceedings, and is a co-author or contributor to four books.