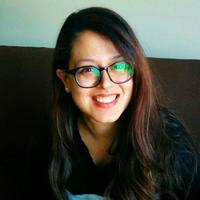 
The innovations in Magnetic Resonance Imaging (MRI) in the recent decades have given rise to large open-source datasets. MRI affords researchers the ability to look at both structure and function of the human brain. This dissertation will make use of one of these large open-source datasets, the Human Connectome Project (HCP), to study the structural and functional connectivity in the brain.

The assessment of brain fingerprints has emerged in the recent years as an important tool to study individual differences. Studies so far have mainly focused on connectivity fingerprints between different brain scans of the same individual. We extend the concept of brain connectivity fingerprints beyond test/retest and assess fingerprint gradients in young adults by developing an extension of the differential identifiability framework. To do so, we look at the similarity between not only the multiple scans of an individual (subject fingerprint), but also between the scans of monozygotic and dizygotic twins (twin fingerprint). We have carried out this analysis on the 8 fMRI conditions present in the Human Connectome Project -- Young Adult dataset, which we processed into functional connectomes (FCs) and timeseries parcellated according to the Schaefer Atlas scheme, which has multiple levels of resolution. Our differential identifiability results show that the fingerprint gradients based on genetic and environmental similarities are indeed present when comparing FCs for all parcellations and fMRI conditions. Importantly, only when assessing optimally reconstructed FCs, we fully uncover fingerprints present in higher resolution atlases. We also study the effect of scanning length on subject fingerprint of resting-state FCs to analyze the effect of scanning length and parcellation. In the pursuit of open science, we have also made available the processed and parcellated FCs and timeseries for all conditions for ~1200 subjects part of the HCP-YA dataset to the scientific community.

Lastly, we have estimated the effect of genetics and environment on the original and optimally reconstructed FC with an ACE model.