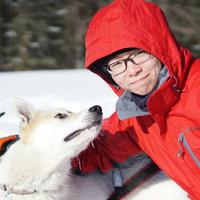 Despite the substantial progress made on the understanding and inference of complex networks, the principles of generative process underlying observed empirical complex systems (e.g. the mechanisms of social network development) remain unclear. Thanks to the rapid development of modern measuring instruments, computational power and storage capacity, massive complex network datasets are now more accessible to researchers, which brings the study of statistical analysis and inference of network collections to the forefront. Most empirical network modeling methods are built on the premise of only a single input network, and the ignorance of inherent variability (e.g. individual difference in brain networks) causes dubious and unreliable models because of the non-deterministic nature of complex system. A clear definition and measure of the inherent variability in a collection of multiple network observations are critical to understand, model, infer and predict the represented complex system. To address the variability on a collection of multiple network observations, this dissertation (1) proposes metrics for measuring variability on a network collection which provides an innovative angle to quantitatively define the distributional properties of a network collection; (2) devises an action-based inferential model on a series of networks that highlights the dynamics of functional connectivity during different states; (3) develops an variational auto-encoder based framework for inferring, synthesizing and predicting a collection of functional brain networks along with the extensibility to other types of network collections.

To measure the variability on a local topological structure level, an information entropy-based measure, entropic variability, on graphlets in network collection is proposed and applied to brain network collections inferred from Human Connectome Project (HCP). The functional brain networks show a higher variability compared to structural brain networks. Moreover, the subject-level variability and temporal variability are measured and analyzed by the entropic variability framework. The emotion processing task causes the most intense reconfiguration (from resting-state) of variability in many functional regions. In addition, an action-based inferential model is devised to model and predict a series of networks. The mechanism of interaction dynamics is hypothesized and inferred under the framework, and the experimental result shows the preference of actions varies according to the belonging community. Limbic system has the most unstable preference while visual and default mode network have very stable preference choice. Furthermore, the variational-autoencoder (VAE) based network generative modeling framework is proposed as a generic model for network collections.

The experimental result shows that the basic VAE has the ability to encode a network collection to low dimensional latent variables and reconstruct networks with respect to the inferred latent variables. An extended VAE that utilizes sharable latent variables in common state is capable of disentangling the state-related information and predicting the networks in unseen states.