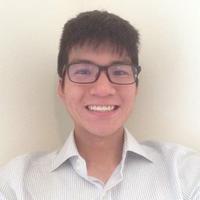 We study the Edge-Building Game (EBG), a parameterized formulation of the game of chicken in the context of a public goods game. In the EBG, each of two players can either commit or abstain to building a shared resource. At least one person must commit in order for the resource to be built, but neither wants to contribute the associated edge cost. They must then trade off the possible benefit of gaining the resource for nothing against the chance that neither get anything at all. Contexts include trade deals between countries and interest signalling in interpersonal relationships. All games are also studied under the lens of mechanism design, where a designer sets up the game in a particular way so as to encourage certain outcomes.

Finally, we play the game on a graph/network, both in simultaneous- and sequential-play rules. We explore the general intractability of computing Nash and correlated equilibria of the EBG on networks, and including some special cases where socially optimal equilibria can be efficiently found. We then run simulations of the sequential game, where pairs of players on the network take turns playing, and study the effect of convex combinations of utility functions on network measures. We also introduce a novel network measure that we use as one of the utility functions.