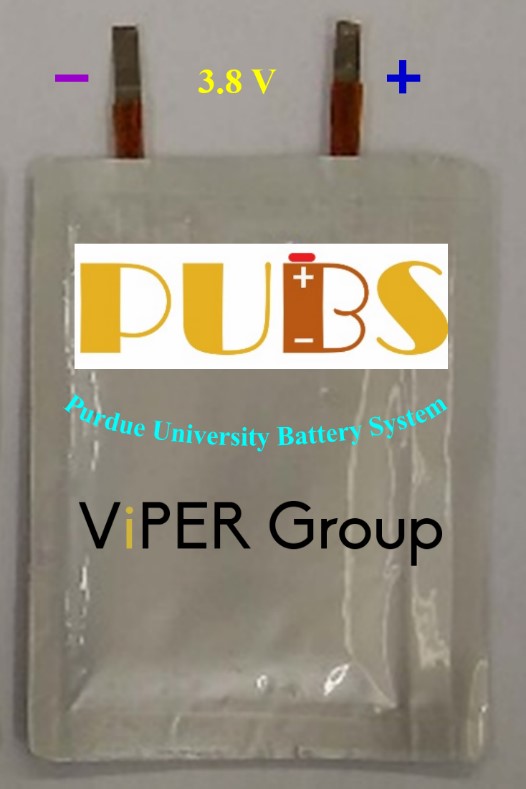 Vilas Pol, professor in the Davidson School of Chemical Engineering, and his ViPER research group, partnered with Fishers, Ind.-based Valgotech LLC on the project. Valgotech is led by David Olawale, founder and president. Harsha Rao, battery engineer at Valgotech, is Principal Investigator for the project. The research is part of the NSF’s Small Technology Transfer (STTR) program, which focuses on transforming scientific discovery into products and services with commercial potential and/or societal benefit. Unlike fundamental research, the program supports startups and small businesses in the creation of deep technologies, getting discoveries out of the lab and into the market.

Pol says the high technology readiness level ViPER Group will achieve at the end of this project will also create wide licensing and commercialization opportunities to help bring this revolutionary advancement to the market.

“Valgotech’s new facility at Fishers will fabricate and test advanced Li-S pouch cell batteries,” says Rao. David Olawale, who is also an assistant professor of engineering in the R.B. Annis School of Engineering (RBASOE) at the University of Indianapolis, emphasizes the importance of the NSF Innovation Corps (I-Corps) program in the development of a new generation of engineers with innovation-driven and entrepreneurial mindsets. “The NSF I-Corps program is creating a huge multiplier effect,” he says. “Our team has been able to participate in both the National I-Corps and Purdue I-Corps programs. In addition, these skillsets and mindsets are being passed on to budding engineers at Purdue and the RBASOE. Our team is grateful for the support of the NSF, Indiana Economic Development Corporation (IEDC) and Elevate Ventures.”