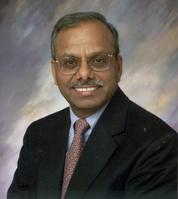 Professor Rakesh Agrawal was selected as the recipient of the 2017 American Chemical Society (ACS) Award in Separations Science and Technology.

Professor Rakesh Agrawal, the Winthrop E. Stone Distinguished Professor of Chemical Engineering, was recently selected as the recipient of the American Chemical Society's 2017 ACS Award in Separations Science and Technology.

This award recognizes the development of novel applications with major impacts and/or the practical implementations of modern advancements in the field of separation science and technology. It is sponsored by Waters Corp.

Professor Agrawal will be honored at the ACS Awards Ceremony on Tuesday, April 4, 2017, in conjunction with the 253rd ACS National Meeting in San Francisco, Calif.