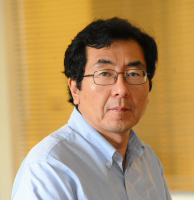 “Converting CO2 via Thermocatalysis and Electrocatalysis”

Abstract
Rising atmospheric concentration of CO2 is forecasted to have potentially disastrous effects on the environment from its role in global warming and ocean acidification.  Converting CO2 into valuable chemicals and fuels is one of the most practical routes for reducing CO2 emissions while fossil fuels continue to dominate the energy sector.  The catalytic reduction of CO2 by H2 can lead to the formation of three types of products: CO through the reverse water-gas shift (RWGS) reaction, methanol via selective hydrogenation, and methane by the methanation pathway.  In the current talk we will first describe our efforts in controlling the catalytic selectivity for the three products using a combination of DFT calculations and surface science studies over single crystal surfaces, catalytic evaluation of supported catalysts, and in-situ characterization under reaction conditions.  Next, we will discuss our efforts in converting CO2 without using H2.  This is motivated by the fact that ~95% of H2 is generated from hydrocarbon-based feedstocks, producing CO2 as a byproduct.  We will present two approaches to avoid using H2 for CO2 conversion.  The first approach involves the utilization of light alkanes, such as ethane, to directly reduce CO2 via the dry reforming pathway to produce synthesis gas (C2H6 + 2CO2 → 4CO + 3H2) and the oxidative dehydrogenation route to generate ethylene (C2H6  + CO2  → C2H4  + CO + H2O). The second approach is the electrolysis of CO2 to produce synthesis gas with controlled CO/H2 ratios.  We will conclude our presentation by providing a perspective on the challenges and opportunities in converting CO2 via various routes in thermocatalysis and electrocatalysis.

Biography
Jingguang Chen is the Thayer Lindsley Professor of chemical engineering at Columbia University, with a joint appointment as a senior chemist at Brookhaven National Laboratory.  He received his PhD degree from the University of Pittsburgh and then carried out his Humboldt postdoctoral research in KFA-Julich in Germany.   After spending several years as a staff scientist at Exxon Corporate Research, he started his academic career at the University of Delaware in 1998 and rose to the rank of the Claire LeClaire Professor of chemical engineering and the director of the Center for Catalytic Science and Technology.  He moved to Columbia University in 2012.  He is the co-author of 21 US patents and over 340 journal publications. He received many catalysis awards, including the 2015 George Olah award from the American Chemical Society and the 2017 Robert Burwell Lectureship from the North American Catalysis Society.