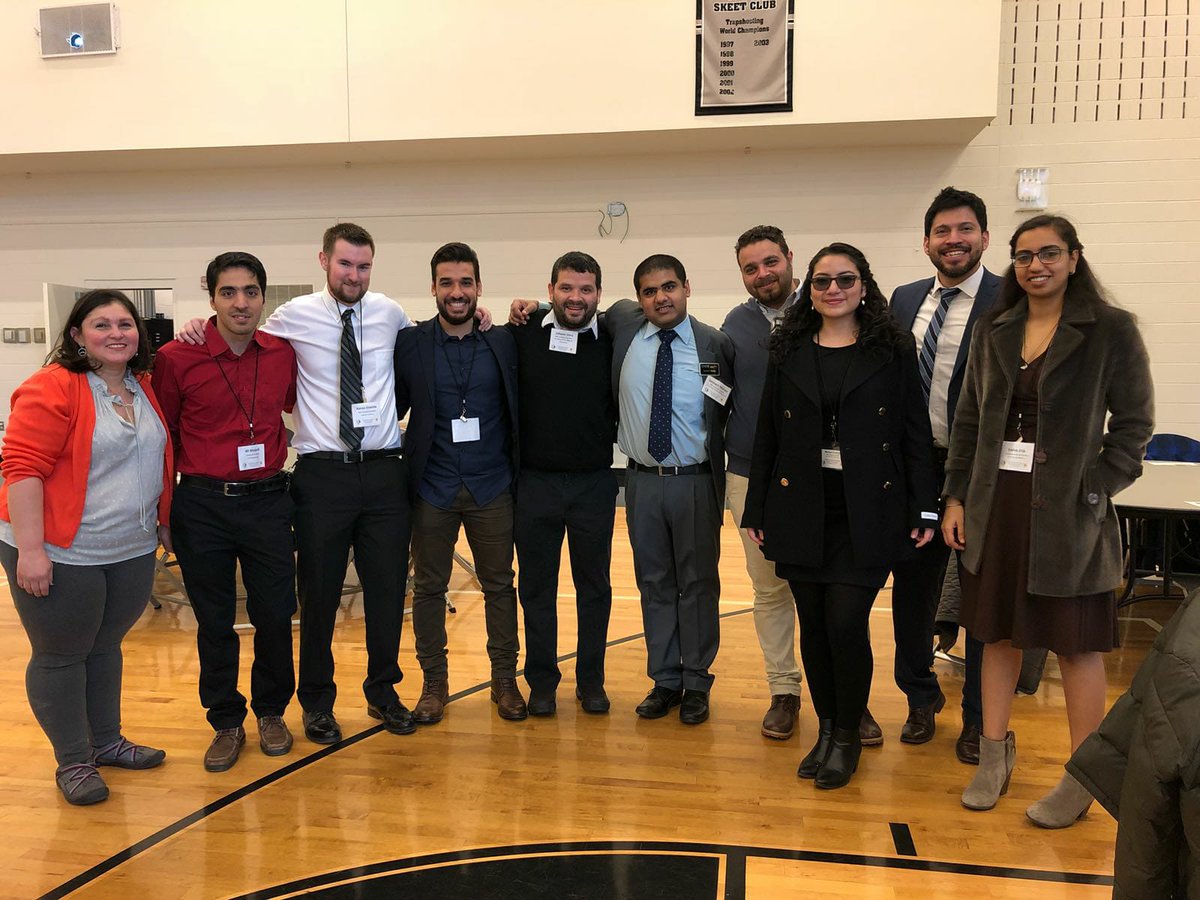 The 5th Annual ABE GSA Research and Industrial symposium was held on February 8, 2018. The ASABE President 2018 Dr. Steve Searcy and Dr. Ron Thieme were speakers during the dinner and lunch, respectively. It was a great turnout. Nearly 190 people registered. Sixty posters were presented under 4 different categories from different schools at Purdue, including ABE, Agronomy, Civil Engineering, and Mechanical Engineering. The Pitch Your Thesis (PYT) competition gained the attention of a wider audience and all the participants nailed it by describing their research in less than 3 minutes. Dr. Bernie Engel, ABE Department Head, announced the new ABE facility would host the 8th Annual ABE GSA Symposium in 2021 and everyone is super excited about it. Winners from each category (Bioenergy, Biological Engineering/Food Processing, Environmental and Natural Resource Engineering, and Agricultural System Management/Fluid power) were awarded for their presentation either in Oral, Poster, and the PYT Competition. Symposium Faculty Adviser Dr. Abigail Engelberth and Department Head Dr. Engel appreciated the hard work put in by the Symposium Planning Committee comprising 26 Graduate Students who have been working since July 2017 to make this event a success. ABE GSA is hoping to see more participation next year with a bigger event. 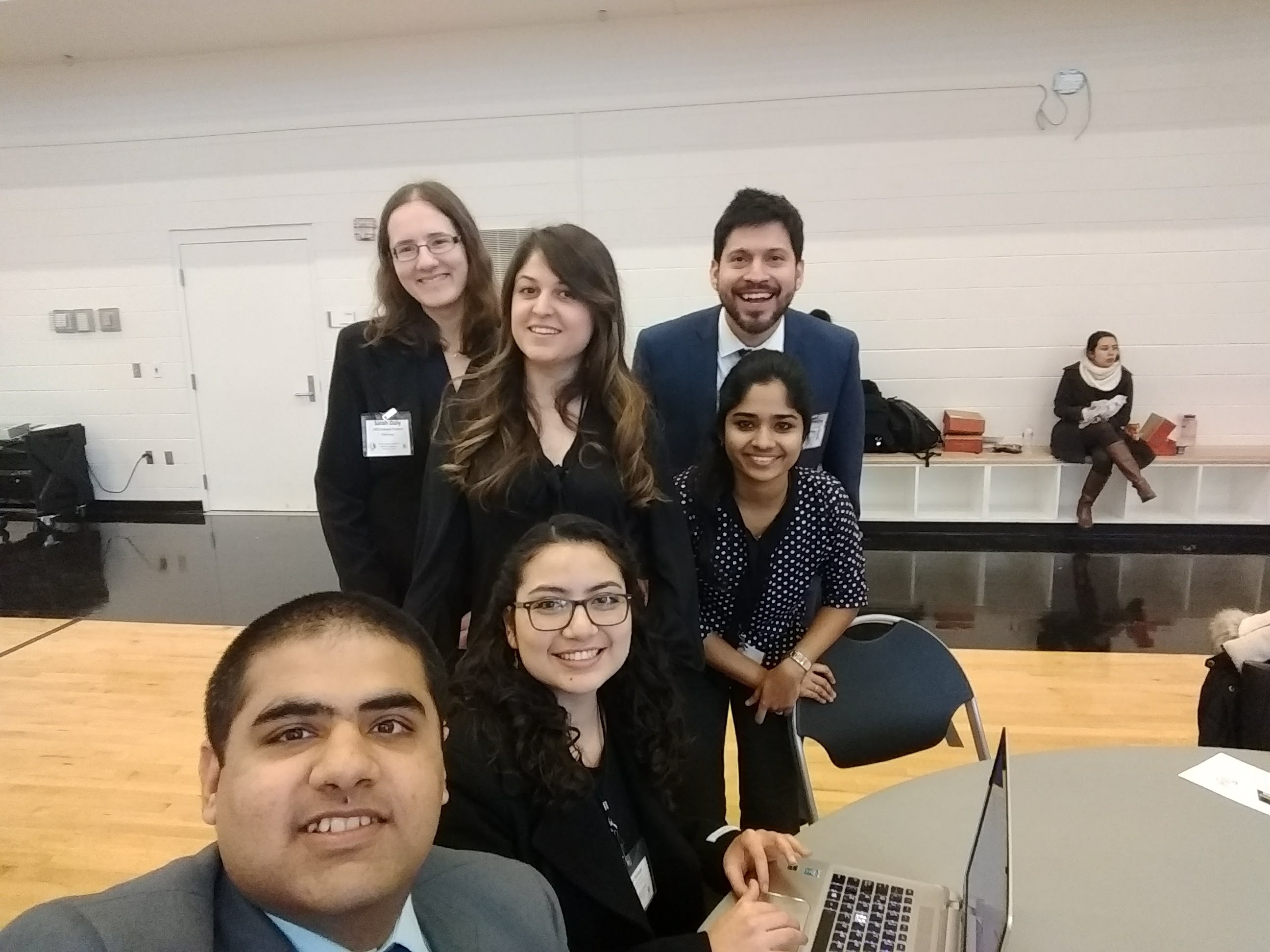 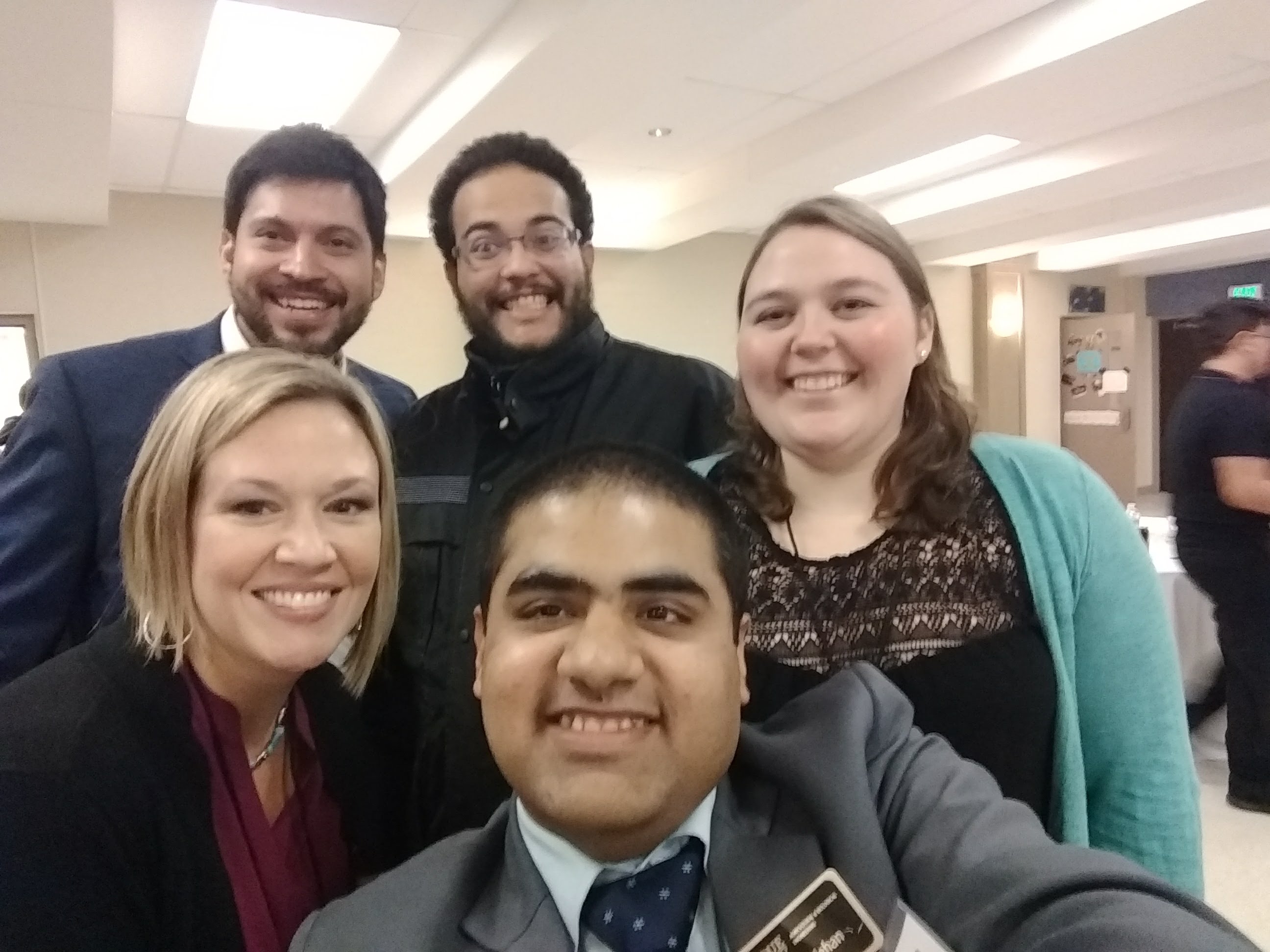 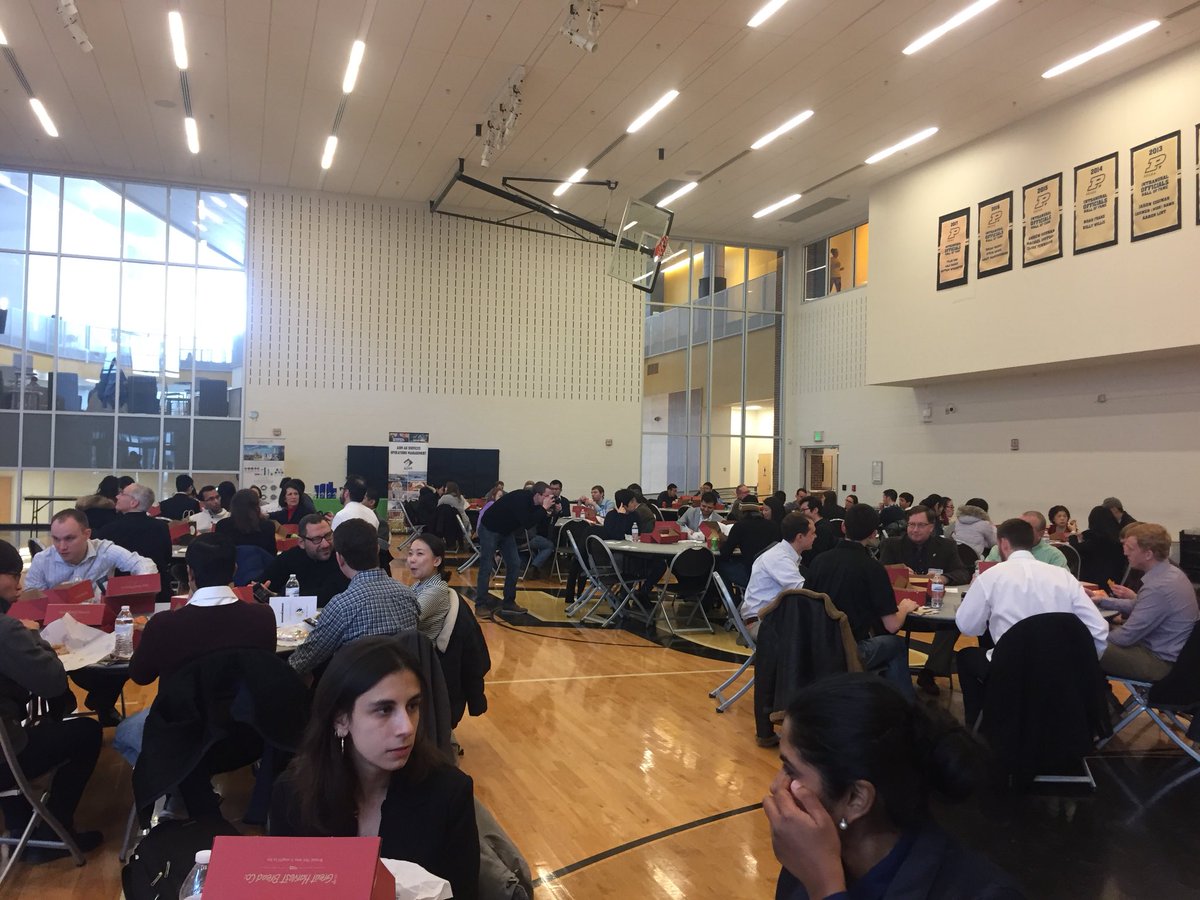 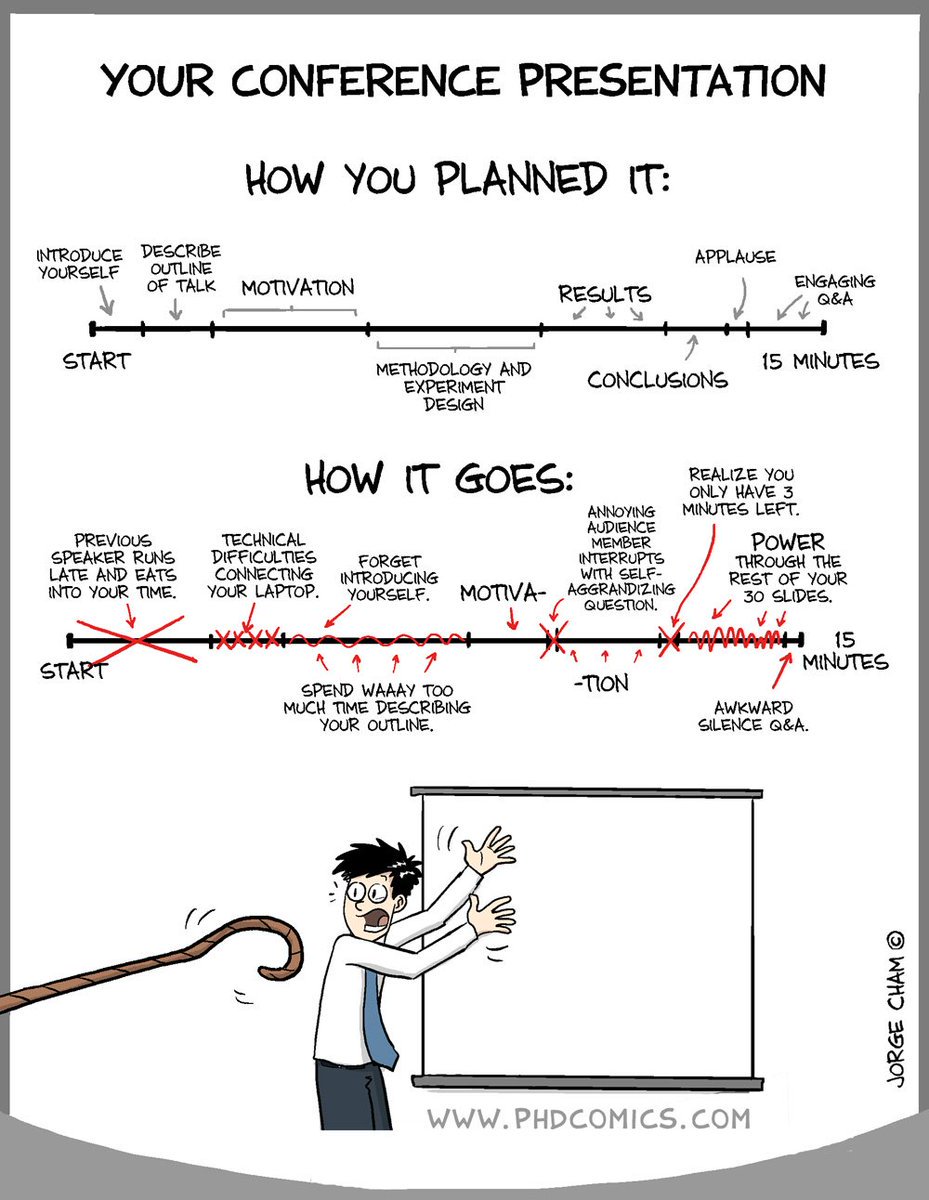 How do you "give back?" Send Carol the details for the next ABeNotes!

Last September, the university encouraged faculty, staff, and students to be engaged in our community and to "give back." 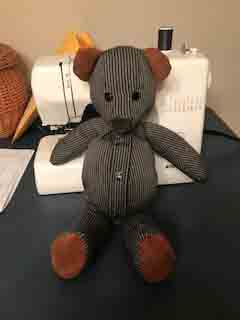 Yvonne Hardebeck, Student Academic Center, responded to that encouragement. Since her mother had needed hospice, when she saw ViaQuest was one of the organizations requesting help, she contacted them (even though that was not the organization that helped her mother). There was a link for "Memory Bears" that caught her attention. "I can do basic sewing, so I decided to give it a try." ViaQuest asks the family for a clothing item that reminds them of their lost loved one, and Yvonne's packet included a nice button-down shirt, a pattern, and the stuffing needed to complete the bear.After a background check, ViaQuest finally contacted her in mid-December - a hectic time for all of us. Knowing the winter recess was coming, she thought she could get it finished then, but ended up being sick that week.

After sewing and taking the head apart several times, she finally figured out how to make it work. She finished her bear last week and now it will be delivered to the family.

Three years ago, Barb Davies began helping out in United Way's "Read to Succeed" program. Since that time, she has mentored at least 75 first-graders at Miller Elementary, reading to them, but, more importantly, letting them read to her. She really doesn't have a favorite, but has several who have made an impact on her. One of her funniest experiences is the fascination the little girls seem to have with her jewelry. 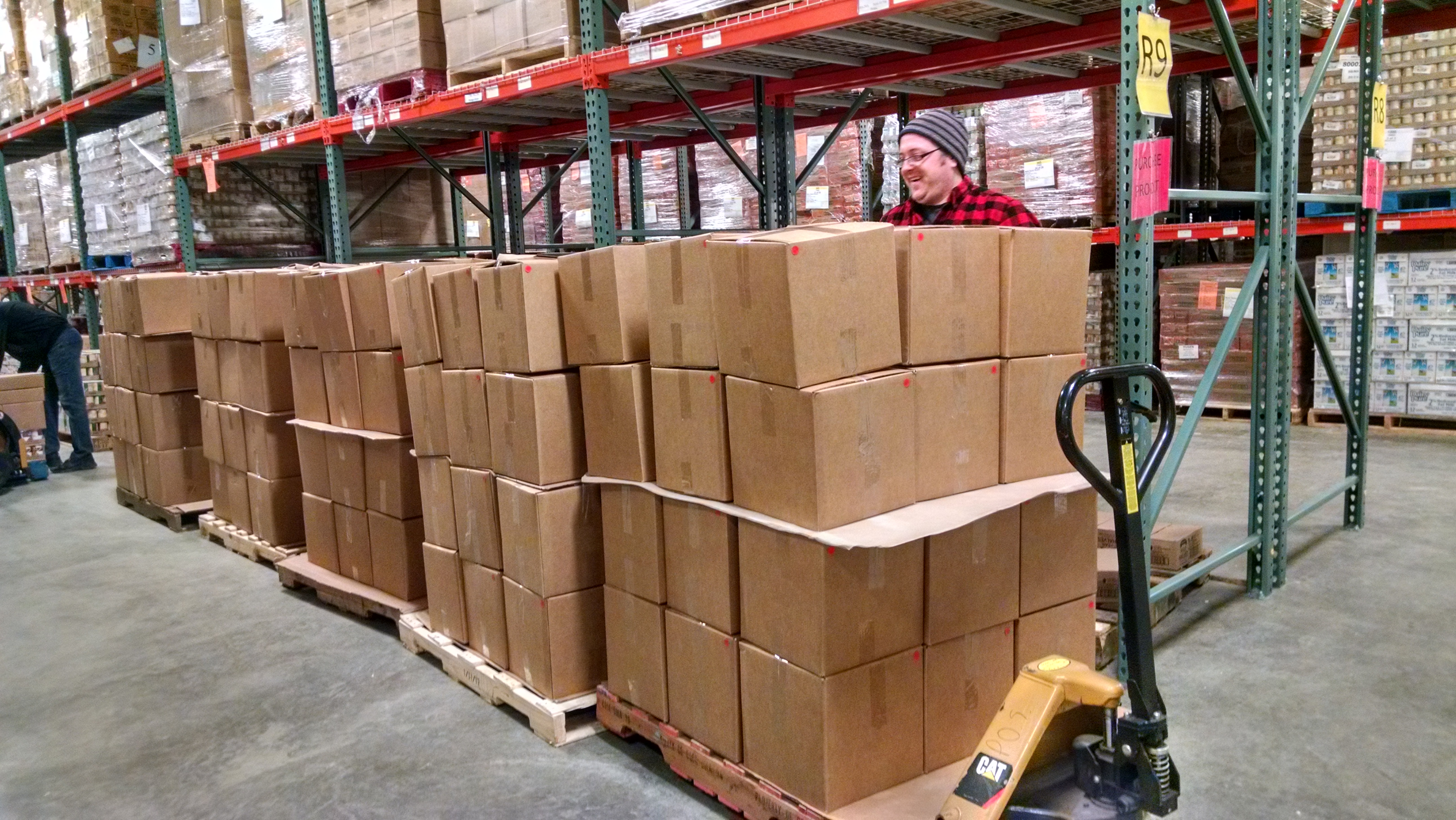 Friday, February 9, several faculty and staff from ABE worked at the Food Finders warehouse, packing family-sized cases of food. Katie Maish, Yvonne Hardebeck, Bill Field, Stacy Winter, and John and Carol Weaver enjoyed working together, along with a number of the Zeta Tau Alpha ladies from campus. In the course of 2 hours, they were able to pack 179 cases for families. 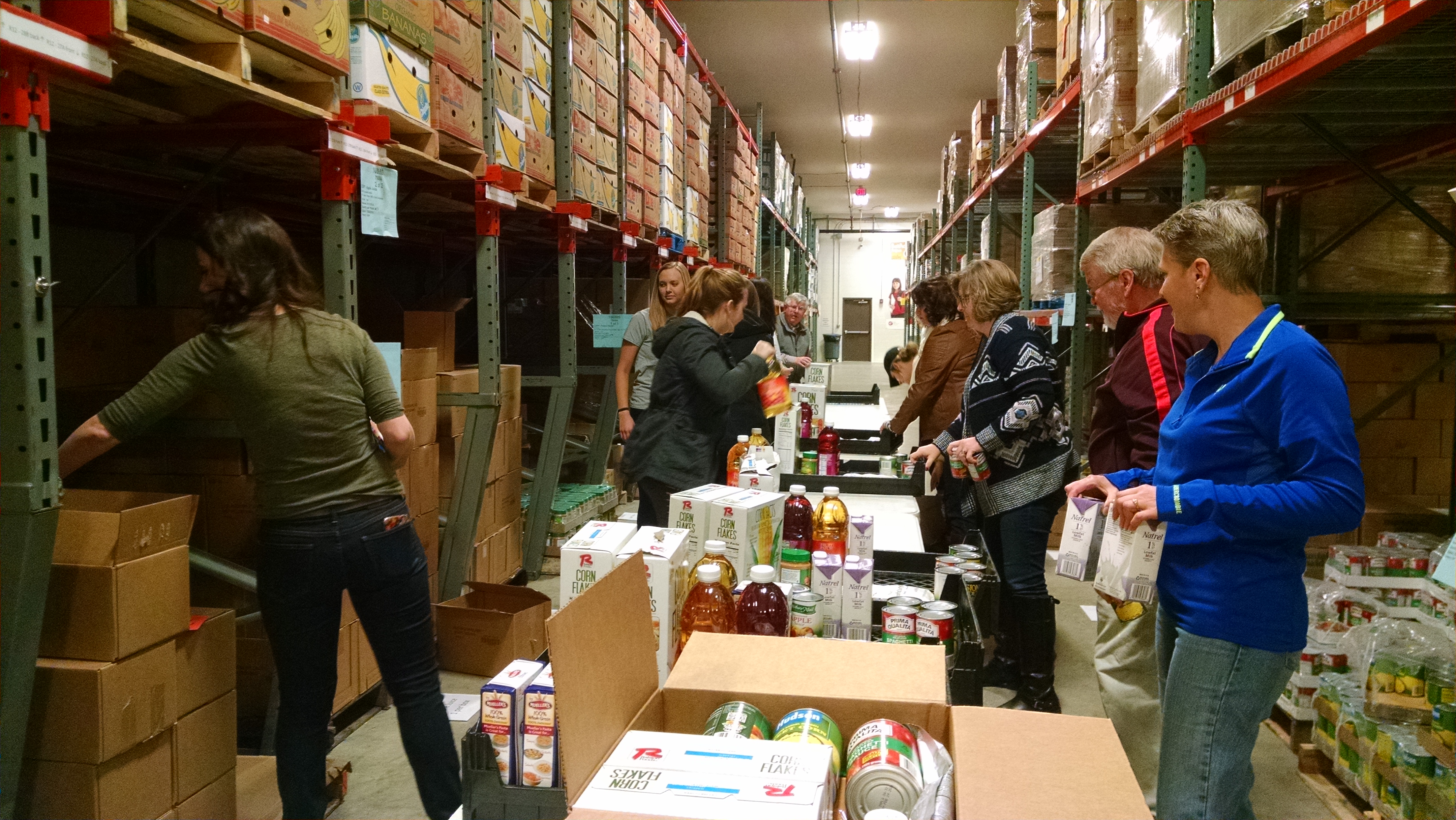 There is another opportunity coming up this Friday (February 16). Let Carol know if you want to help!

Due to an editorial error, this article was missed last fall. Profuse apologies to those who participated! 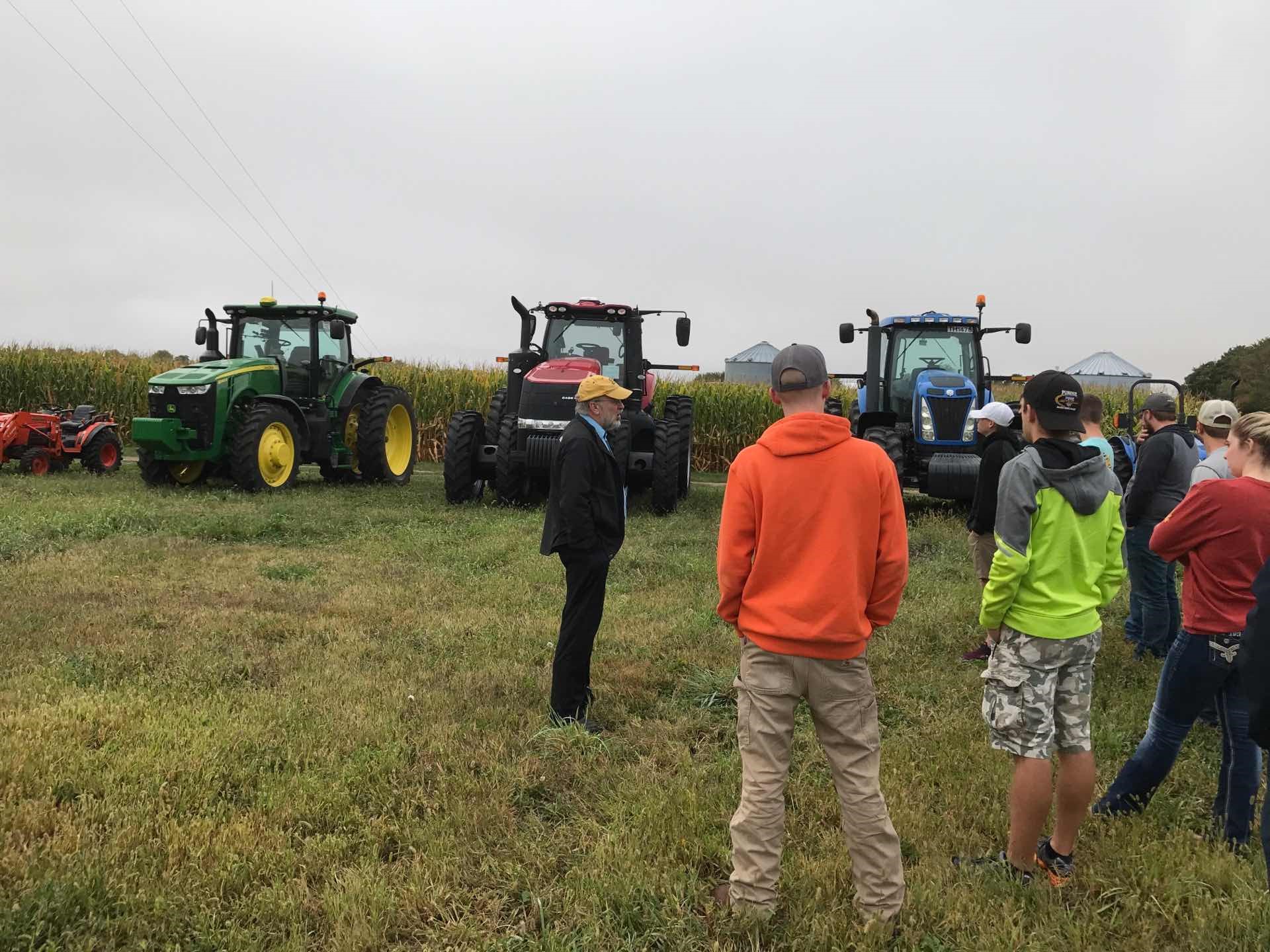 ABE hosted its fifth annual Tractor Day at Throckmorton Purdue Agricultural Center on September 14th, and the morning, afternoon, and evening sessions were well attended by both Ag College and ABE departmental students, many of whom had never before operated anything of significant size.  Over 50 people got the chance to maneuver and drive the latest in front wheel assist tractors from CaseIH, John Deere, and New Holland after a short training talk in the cab by Professor Bob Stwalley or undergraduate laboratory manager David Wilson.  Graduate student Zack Horn also assisted, and several graduate students and a visiting scholar also participated during the course of the day.  Special thanks are especially due Brady Foster, Craig Greenwood, and Kyle Bailey of Birkey's for providing a Magnum tractor on short notice. 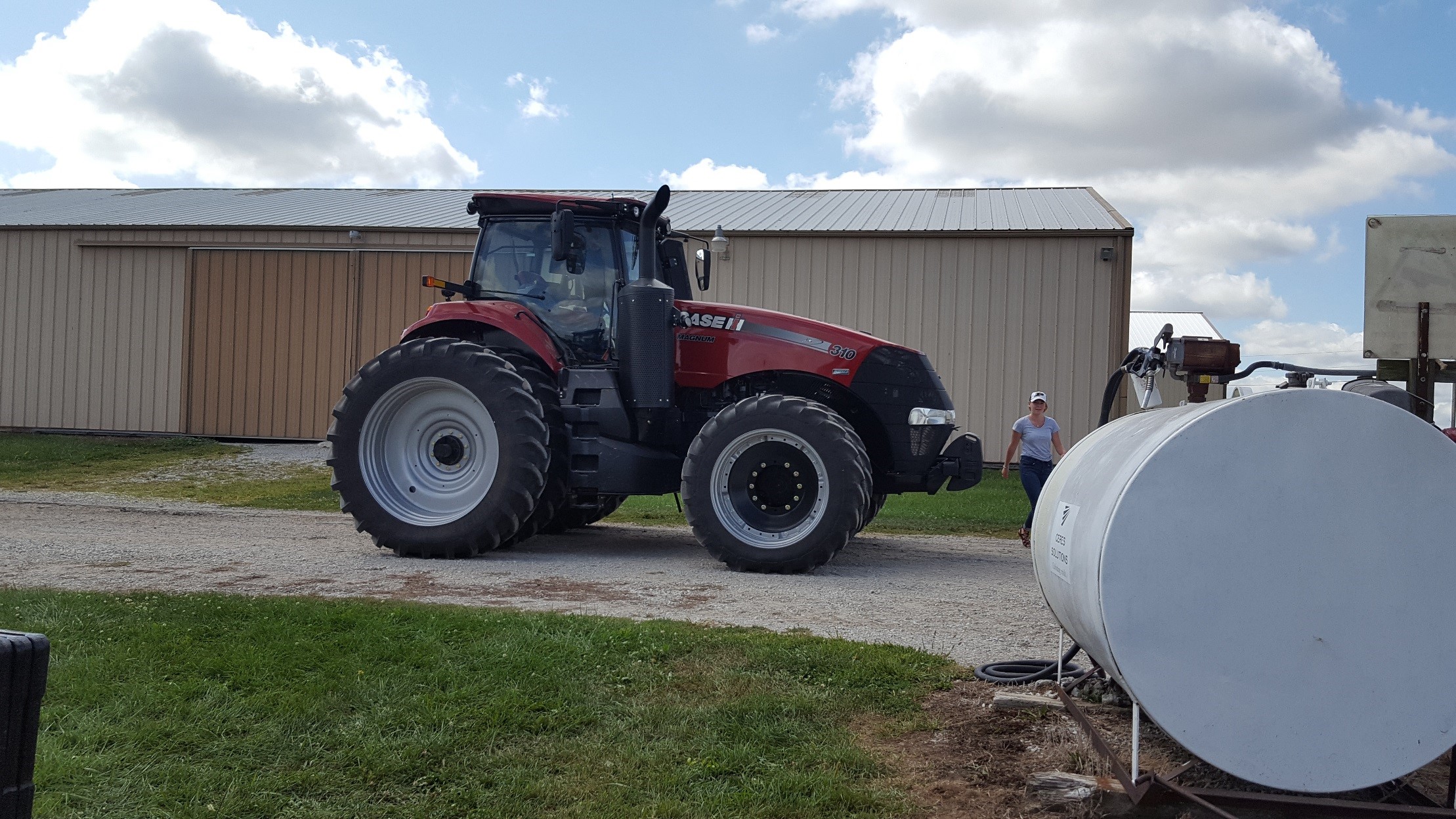 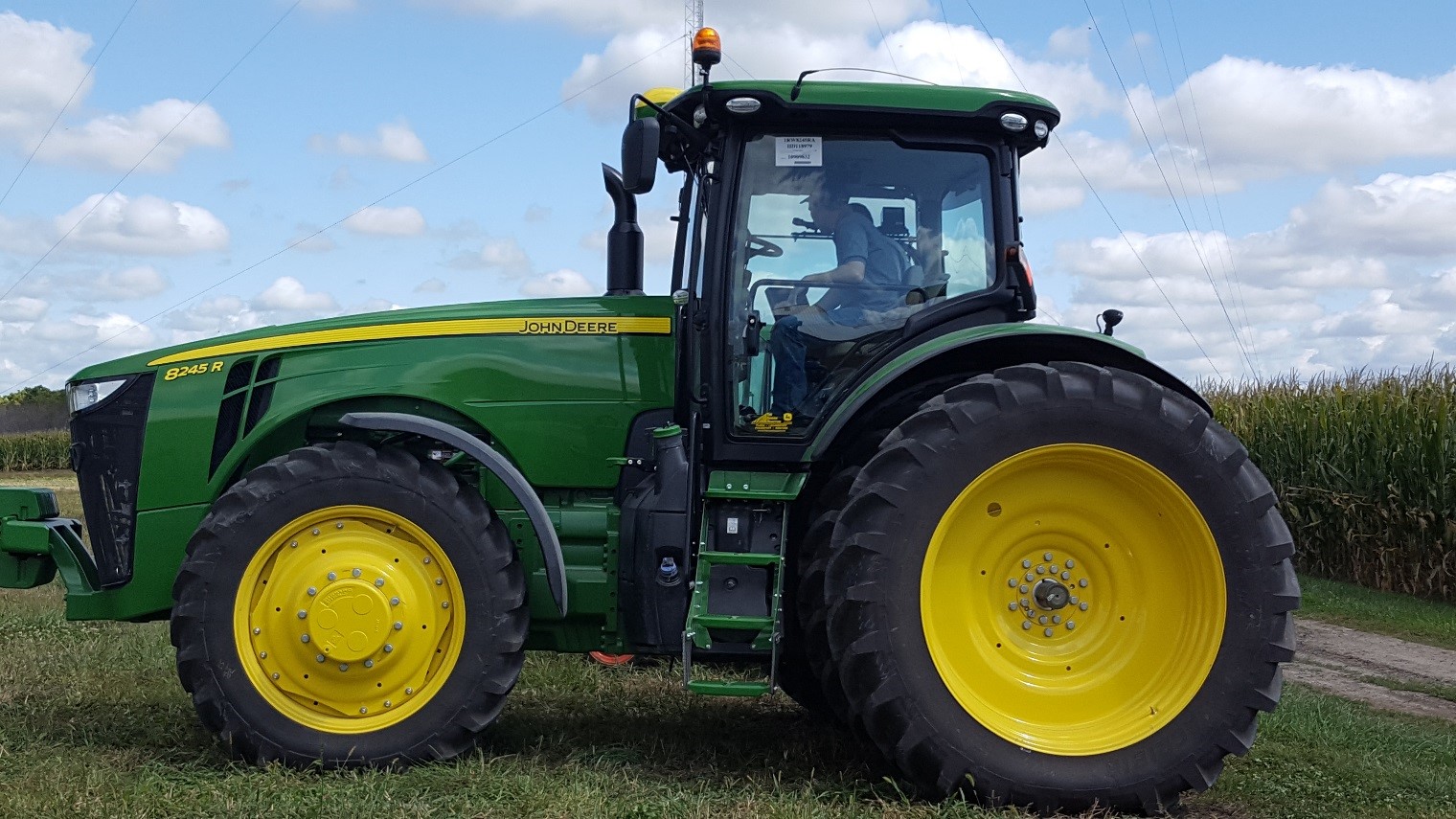 Indiana AgrAbility staff and consultants staffed a display at the 2018 Fort Wayne Farm Show in the War Memorial Coliseum in Fort Wayne, Indiana.  The show boasts over 1,100 exhibitors and an attendance of over 30,000.  The display included AgrAbility brochures, booklets, case studies, NTW save the date cards, FSA, NRCS brochures, and beginning farmer resources.  Life Essentials provided a John Deere tractor with a lift and an Action Track Stander power wheelchair.

On December 5th, Constance McMindes was honored by the staff recognition program at Purdue for 15 years of service at the university. An integral part of the Maha Fluid Power Research Center, McMindes manages a diverse array of duties spanning from the facilitation of orders for test rig components and lab equipment to helping students make conference travel plans to forming part of the safety committee for the lab. In performing these duties, she enables the Maha team to retain its focus on the cutting-edge research that has allowed it to evolve into the largest fluid power laboratory in North America. Congratulations and thank you go out to Connie for her many years of commitment to Purdue and to Maha. 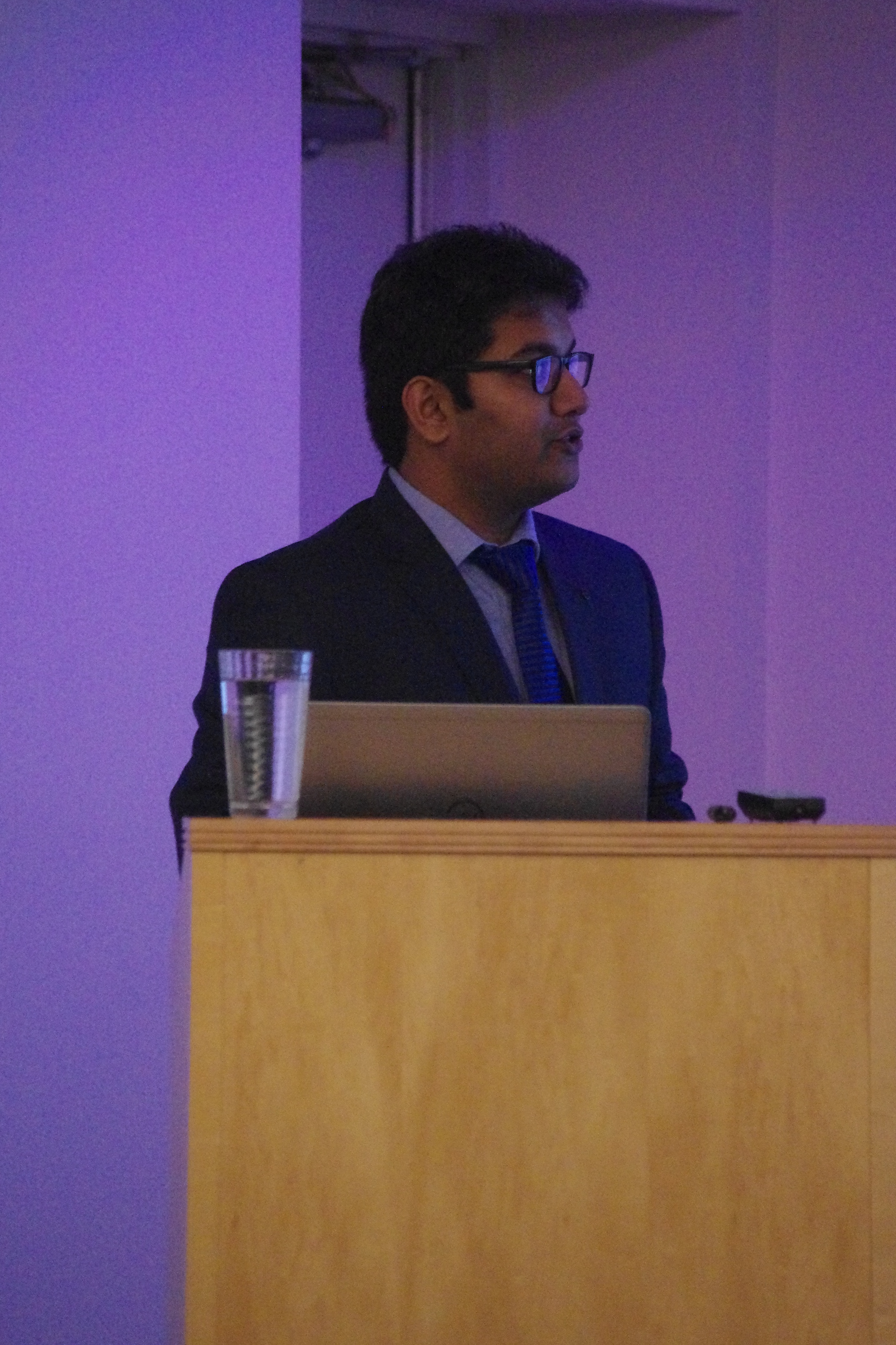 On February 5th, Pranay Banerjee defended his Master’s thesis entitled “Advanced Torque Control Strategy for the Maha Hydraulic Hybrid Passenger Vehicle.” The passenger vehicle Banerjee has been working on is a recreational vehicle that was turned into a hydraulic hybrid in an effort led by former Maha researcher Tyler Bleazard― the vehicle now has a novel hydraulic transmission and is capable of storing energy recovered during braking in a hydraulic accumulator, which allows for fuel savings. As a result, the vehicle operates in several different “modes,” including the regenerative braking mode, in which the braking energy is stored in the accumulator, the hybrid driving mode, in which flow from the accumulator enters the transmission, the non-hybrid driving mode, in which the transmission operates without flow from the accumulator, and reverse mode for driving backwards. Banerjee has advanced this project by designing a novel control strategy for the hydraulic system capable of managing all of these different modes, implementing and testing it on the vehicle. Armed with the knowledge and experience accumulated in his work on the Maha hybrid vehicle, he is now joining Cummins as an electronic control systems engineer. Congratulations! 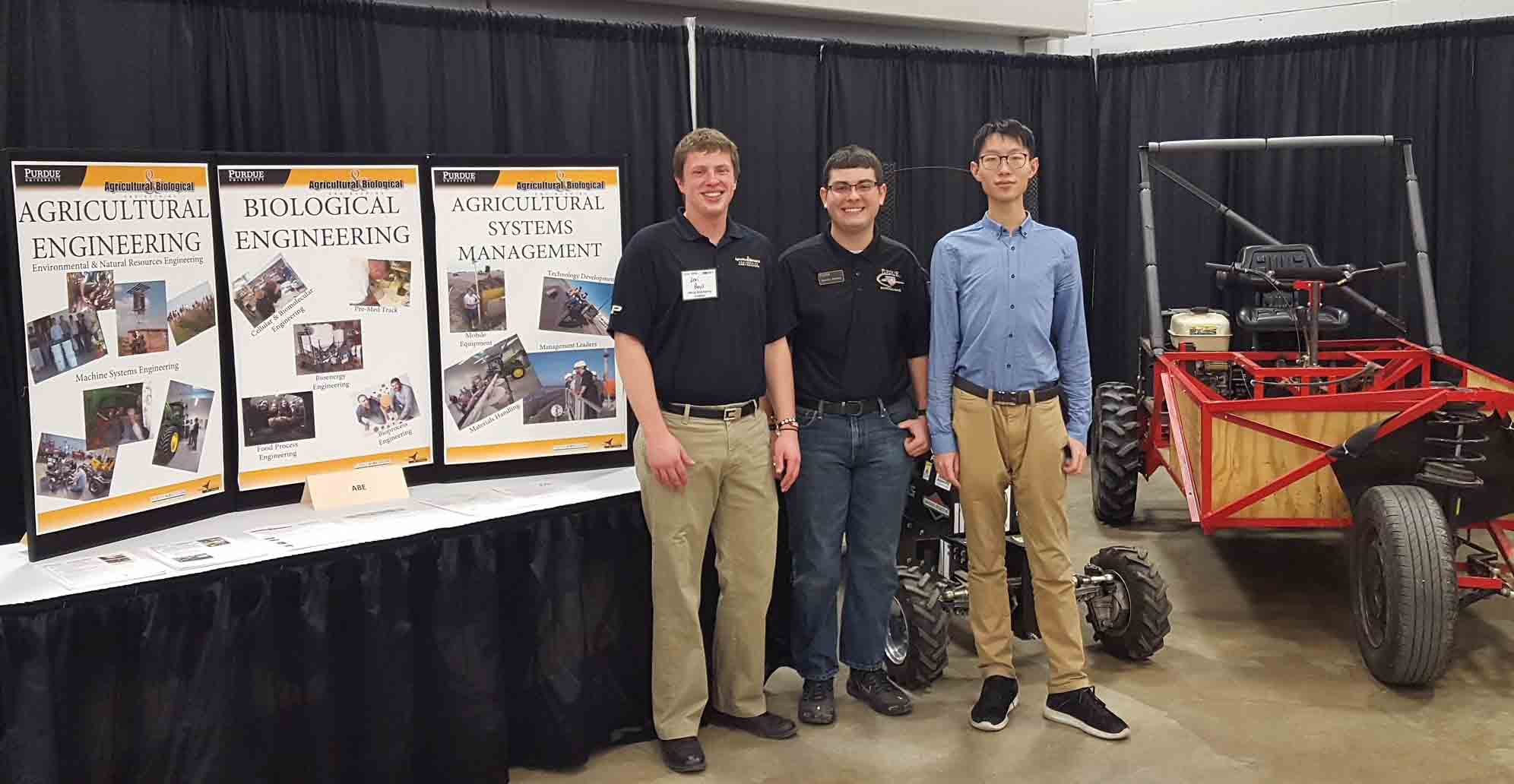 ABE Students Represent! Levi Bays and Jonathan Bradway of the PUP Team, and Zhongzhong Niu of the Quarter-Scale Team repped the department at the annual Ag Alumni Fish Fry. Thank you, guys, for making us all look good. 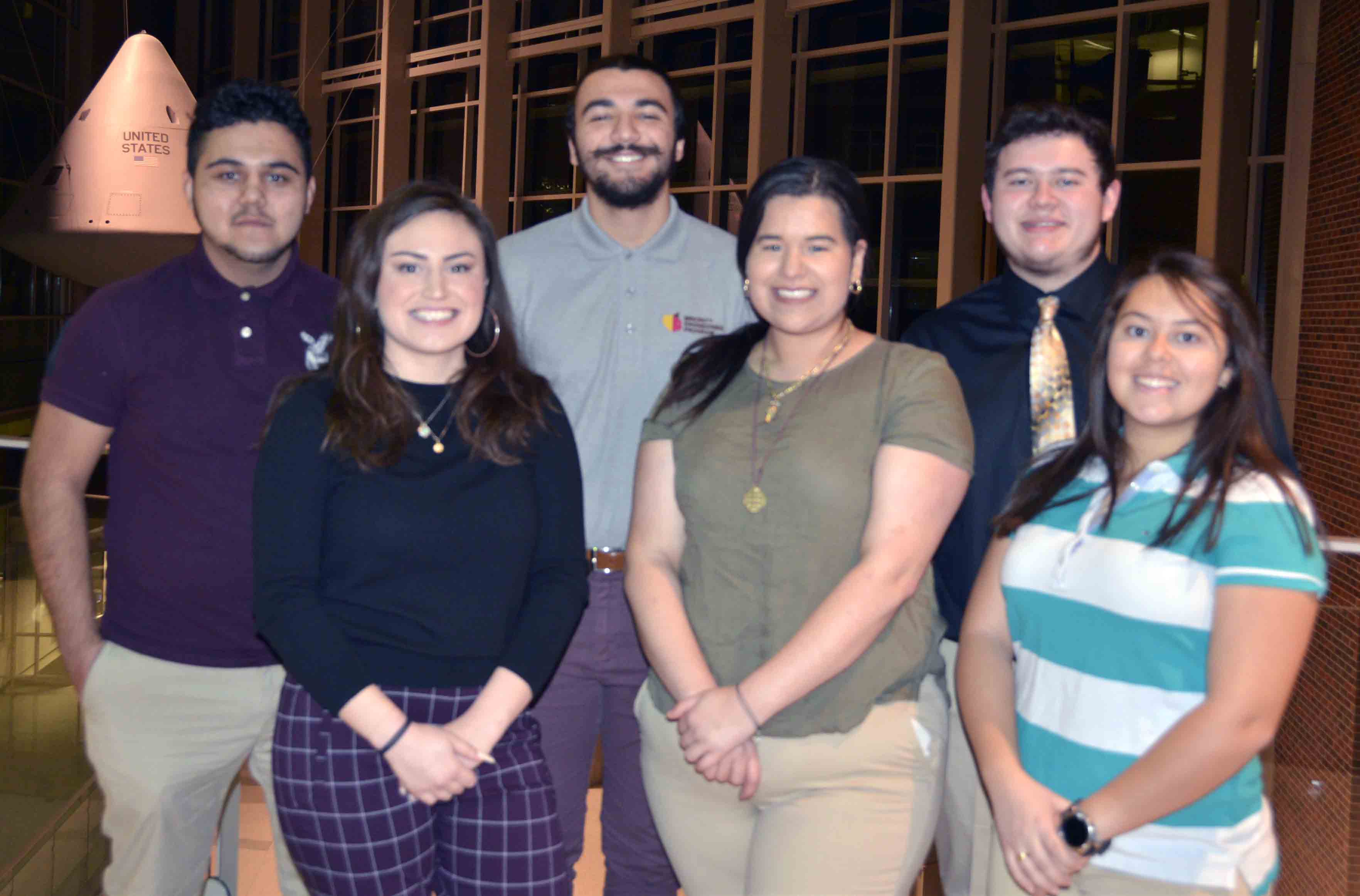 In 2016, an interdisciplinary team from ABE, Engineering Education, and the Minority Engineering Program led by ABE faculty member Bob Stwalley was successful in securing an NSF S-STEM grant to test the utilization of alternative selection metrics for low socio-economic status applicants to engineering programs.  The first cadre of selected ‘Rising Scholar’ scholarship recipients has completed their first semester at Purdue in Exploratory Studies.   One student performed well enough to be transferred into First Year Engineering after the fall semester.  The others are on-track to continue progressing through the pre-engineering plan of study.  The key premise of this work is testing the proposition that the quality of a student’s support network is a primary indicator of success.  Dr. Stwalley and his colleagues will be selecting the second class of incoming freshman students over the next few months.  Questions about the study can be sent to Dr. Stwalley (rms3@purdue.edu).

The seniors of the Agricultural & Biological Engineering class of 2018 are nearly half way through their spring capstone experience and ready to present their technical design reviews.  The diversity of projects represented this year is amazing, with electronics and software evident across many efforts.  One capstone effort is preparing to collect 360Video footage of agricultural equipment in operation, while another seeks to utilize existing CANBus data to provide farm operators with additional management metrics.  Purdue will also be well-represented in annualagBOT Challenge and ASABE Robotics Contest, with our students showcasing their autonomous vehicle development skills.  Our program highly values input from practicing engineers.  Drs. Gitau, Lumkes, and Stwalley are pleased to invite you to help judge our design review event beginning at 3:30 on February 26th.  Please contact either Robert Stwalley (rms3@purdue.edu) or Carol Weaver (cmweaver@purdue.edu) if you can attend.  The critical focus on practical outcomes provided by alumni and friends of Purdue ABE for these students helps make them into the nationally highest rated graduates in their field.  Thank-you for your continued support.  We couldn’t do this important work without you! 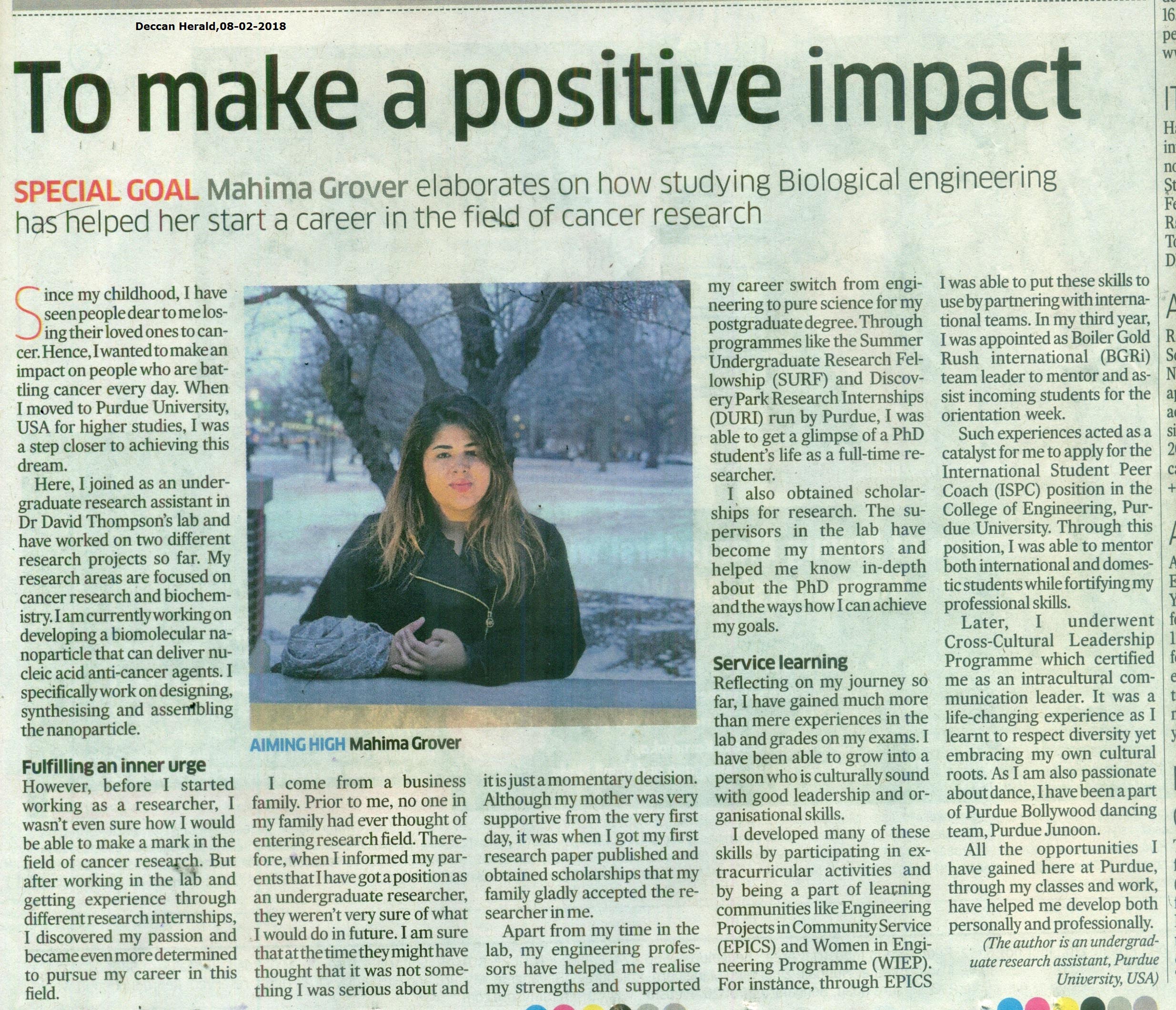