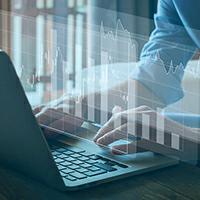 Associate Professor Vaneet Aggarwal presented a tutorial, "Modeling and optimization of latency in erasure-coded storage systems", based on a recently published monograph.

As consumers are increasingly engaged in social networking and E-commerce activities, businesses grow to rely on Big Data analytics for intelligence, and traditional IT infrastructure continues to migrate to the cloud and edge, these trends cause distributed data storage demand to rise at an unprecedented speed. Erasure coding has seen itself quickly emerged as a promising technique to reduce storage cost while providing similar reliability as replicated systems, widely adopted by companies like Facebook, Microsoft and Google. However, it also brings new challenges in characterizing and optimizing the access latency when erasure codes are used in distributed storage. The aim of this tutorial is to provide a review of recent progress (both theoretical and practical) on systems that employ erasure codes for distributed storage. In this tutorial, we will first identify the key challenges and taxonomy of the research problems and then give an overview of different approaches that have been developed to quantify and model latency of erasure-coded storage. This includes recent work leveraging MDS-Reservation, Fork-Join, Probabilistic, and Delayed-Relaunch scheduling policies, as well as their applications to characterize access latency (e.g., mean, tail, asymptotic latency) of erasure-coded distributed storage systems. We bridge the gap between theory and practice, and discuss lessons learned from prototype implementation. In particular, we will discuss exemplary implementations of erasure-coded storage, illuminate key design degrees of freedom and tradeoffs. Open problems for future research will also be discussed.

More information, and registration for the event can be found at the IEEE ITW event site.