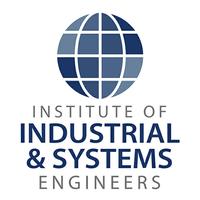 The Purdue chapter of the Institute of Industrial & Systems Engineers (IISE) has won a national video contest - for the second year in a row.

Purdue IISE learned that its video had won the annual YouTube Video Contest on April 24. The win was announced on May 21 at the national IISE convention in Pittsburgh.

"We wanted to be a little more creative with the theme so we made a video about how a student 'met his major' of IE. We had about 20 people from our club help direct, edit, produce and act in order to create this video," said Sarah Pushis, IISE Ambassador Director. "We're very humbled that the national IISE judges enjoyed our video as much as they did!"

The video stars Nick Perkins, was produced by Jerry Chen, and was edited by Baron Yan - all Purdue IE students.

The contest is sponsored by the Industrial Advisory Board (IAB) of the IISE. Purdue IISE also won 1st place in 2016 and 2nd place in 2015. Any IISE student chapter may submit a video highlighting the major “to excite high school students to select Industrial & Systems Engineering as a profession”.