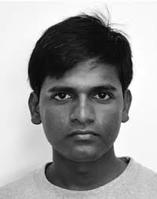 It is known that redundancy can improve latency in distributed storage and computing applications. Specifically, we show that MDS coded redundancy minimizes the mean job completion time.
In this work, we show that a simple replication of sub-division of jobs, can have competitive performance to MDS coded jobs. However, to achieve this performance one needs to find optimal set of sub-job replicas at each server, and the optimal sequence in which these sub-jobs should be executed. We find a universal lower bound on the system performance, and propose heuristic algorithms that are empirically shown to perform well.

Parimal Parag is currently an associate professor in department of electrical communication engineering at Indian Institute of Science at Bangalore. He is also a co-convenor of the centre for networked intelligence, a faculty participant at Robert Bosch centre for cyber-physical systems, and a member of the applied probability research group.  Prior to that, he was a senior systems engineer in R&D at ASSIA Inc. from October 2011 to November 2014.   He received his B. Tech. and M. Tech. degrees from Indian Institute of Technology Madras in fall 2004; and the PhD degree from Texas A&M University in fall 2011.
His research interests include the design and analysis of large scale distributed systems. He was a co-author of the 2018 IEEE ISIT Student Best Paper He was a recipient of the 2017 Early Career Award from the Science and Engineering Research Board.