For Purdue IE students, attendance counts as a research seminar and a departmental seminar.

Well-controlled manipulation of molecules for guided self-assembly has been of great interest in bio and nanotechnology. Here, we present how nanomechanics is critically applied to molecular self-assembly. To this end, we introduce graphene crinkles [1] of quantum flexoelectric curvature localization used for molecular manipulation at the nanoscale. The ‘crinkle’ is one of nanoscale ruga structures, where the Latin word ruga stands for a fundamental state of corrugation, and a critical state of quantum crinkle in graphene was discovered recently [2]. The quantum crinkle in graphene localizes electric surface line charge within 0.86 nm width along crinkle valleys and ridges. Controlling the charge localization, the crinkle is used as a molecular manipulator. The graphene crinkles attract and align bio-molecules, or nano-particles. Here, we present detailed mechanisms of critical crinkle formation in graphene, which is revealed by quantum/continuum hybrid analysis. Then, presented are verifications of the crinkle formation and associated self-assembly of molecules with an AFM atomic lattice interferometry [3].
[1] M. KOTHARI, M. H. CHA AND K.-S. KIM, "Critical curvature localization in graphene. I. Quantum- flexoelectricity effect," Proceedings of the Royal Society A. In press, 2018.
[2] R. LI, M. KOTHARI, A. LANDAUER, M. CHA, H. KWON, & K.-S. KIM, "A new subcritical nanostructure of graphene — Crinkle-Ruga structure and Its novel properties," MRS Advances, 1-7. doi:10.1557/adv.2018.432, 2018.
[3] B. K. JANG, J. KIM, H. J. LEE, K .-S. KIM, C. WANG, “Device and method for measuring distribution of atomic resolution deformation,” United States Patent, Patent Number 9,003,561: issued on April 7, 2015. 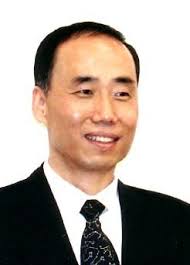 Kyung-Suk Kim has 38 years of experience as an engineering scientist and is currently Professor of Engineering at Brown University. He received his Ph.D. (1980) in Solid Mechanics from Brown University. He taught at the TAM Department, University of Illinois, Urbana-Champaign for 9 years until he joined Brown as Professor of Engineering in 1989. He served as a board member (2012-2015) and the Representative of the Society of Engineering Science (SES) to U.S. National Committee for Theoretical and Applied Mechanics (2016-2018). His research interests are in scale-bridging mechanics, and nano and micromechanics of solids. Through his research on dynamic properties of solids, adhesion and friction, ruga mechanics of soft materials and stability of nanostructures, he has invented numerous new scientific instruments, including various interferometers, and analytical methods. He has advised more than 39 Ph.D. students and postdocs. His work has been recognized through various awards including the Melville Medal (1981), JEP best paper award (1999), the Drucker Medal from ASME (2016), the John Simon Guggenheim Fellowship (1996), the Ho-Am Prize in Engineering (2005), the Kwan-Ak Distinguished Alumni Award of Seoul National University (2012), and the Engineering Science Medal from the Society of Engineering Science (2012). His research on “New Math for Designer Wrinkles” was selected as one (# 30) of the Top 100 Science Stories, in Discover (2015). He will deliver the William M. Murray Lecture of the Society of Experimental Mechanics in 2019.