TITLE: "The Magic of Monte Carlo"

Monte Carlo algorithms have completely revolutionised statistical computation, allowing previously intractable models to be easily solved. In particular, Markov chain Monte Carlo (MCMC) algorithms have allowed for the use of Bayesian inference in a multitude of settings. One reason for their success is a strong theoretical foundation, allows us to validate the basic algorithms, provide numerous extensions and generalisations of the algorithms, clarify different algorithm options and tunings, and evaluate the results. This talk will present simple graphical examples, dynamically displayed using Java applets, to illustrate the workings of MCMC. It will emphasise the impact and importance of various theoretical MCMC issues including ergodicity, qualitative and quantitative convergence rates, optimal scalings, and adaptive MCMC. It will not assume any previous MCMC background, and is designed to be accessible to everyone. 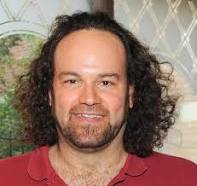 For his research, Rosenthal was awarded the 2006 CRM-SSC Prize, and the 2007 COPSS Presidents' Award, the most prestigious honour bestowed by the Committee of Presidents of Statistical Societies. For his teaching, he received a Harvard University Teaching Award in 1991, and a University of Toronto Outstanding Teaching Award in 1998. He was elected to Fellowship of the Institute of Mathematical Statistics in 2005, and to the Royal Society of Canada in 2012, and was awarded the SSC Gold Medal in 2013.

Rosenthal's book for the general public, Struck by Lightning: The Curious World of Probabilities, was published in sixteen editions and ten languages, and was a bestseller in Canada. It led to numerous media and public appearances, and to his work exposing the Ontario lottery retailer scandal. Rosenthal has also published two textbooks about probability theory, and over ninety refereed research papers, many related to the field of Markov chain Monte Carlo randomised computer algorithms and to interdisciplinary applications of statistics. He has dabbled as a computer game programmer, musical performer, and improvisational comedy performer, and is fluent in French. His web site is www.probability.ca.

The Alan B. Pritsker Scholars Distinguished Lecture Series is presented by the Purdue School of Industrial Engineering. It is named for the late Alan B. Pritsker, who made major contributions to industrial engineering, particularly in the area of computer simulation. The lecture series reinforces Pritsker's legacy at Purdue and in the field of industrial engineering. As a leader in simulation, Pritsker was pivotal in building the School of Industrial Engineering's reputation, helping it to become a frontrunner in research and thought leadership. Pritsker was on the Purdue faculty from 1970-98. In 1973 he co-founded Pritsker & Associates to use computer simulation technologies to solve problems in industry and government. In 1989 Pritsker Corporation was formed from the merger of Pritsker & Associates and FACTROL.