We hit a sixer!

Dr. Dharmendra Saraswat informed me that in the game of cricket, the best possible outcome from one ball was called a “sixer.” Since a full accreditation earns us 6 years before our next review, we thought it appropriate to co-opt the cricket term. Congratulations, ABE, for hitting a “sixer!”

The Award for ABET Perseverance goes to ... <insert drumroll here> Dr. Andrea Vacca! Despite the flurry of requests at the end of this cycle, Dr. Vacca is the first professor to turn in student work from this semester as we evaluate the senior courses. Thank you for sticking to it!

Each year, the College of Agriculture hosts a scholarship dinner where donors and recipients can visit and share stories. ABE was well-represented again this year. 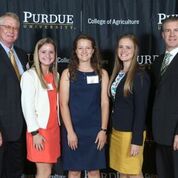 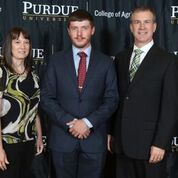 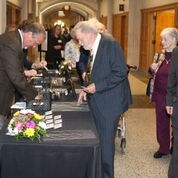 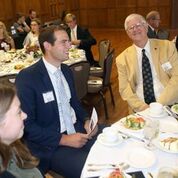 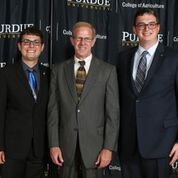 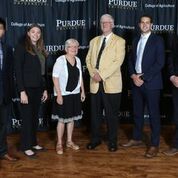 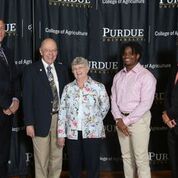 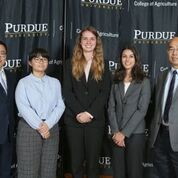 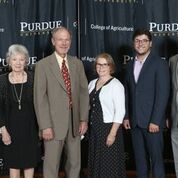 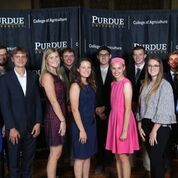 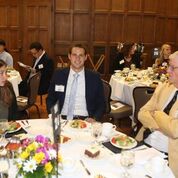 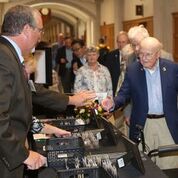 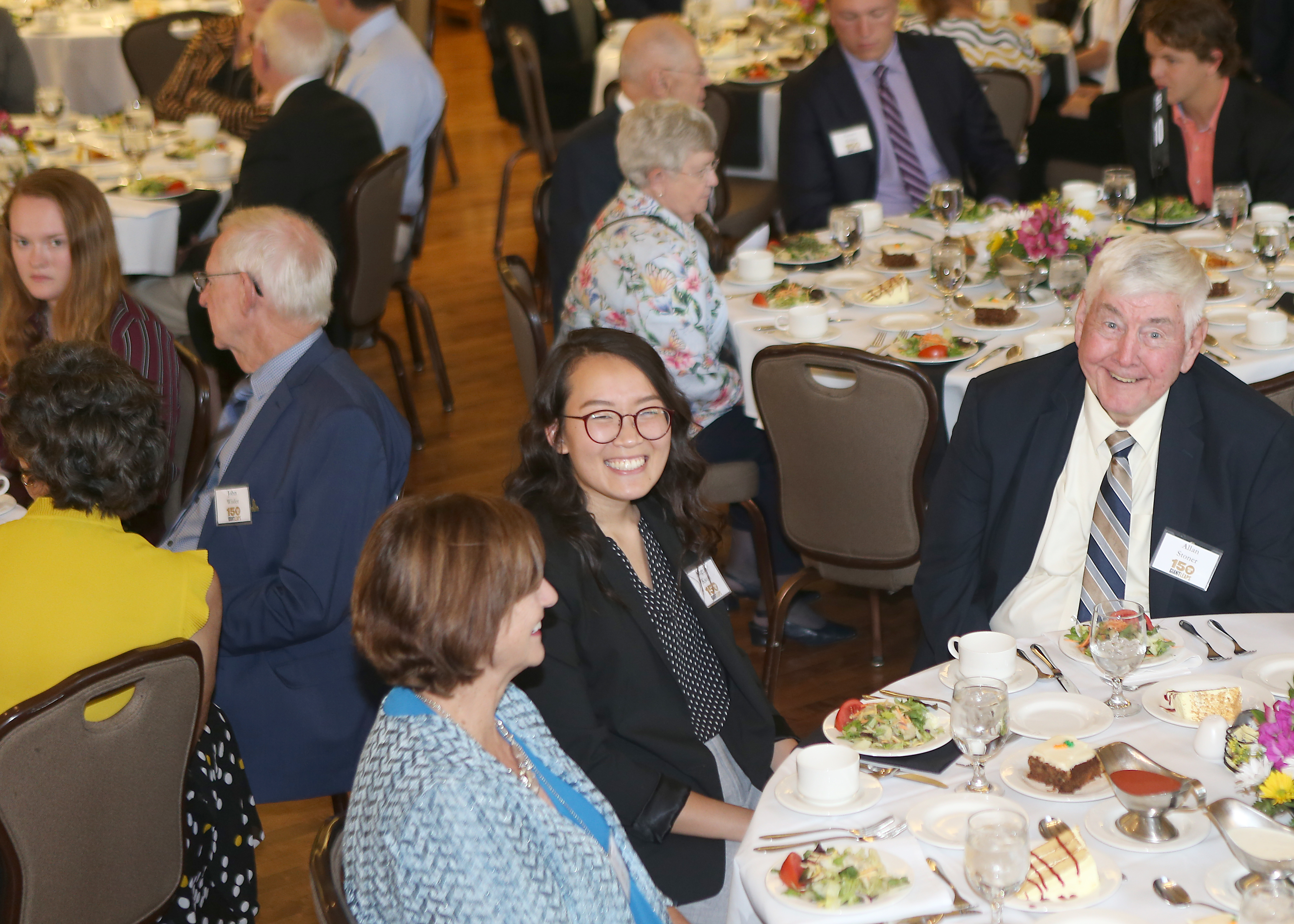 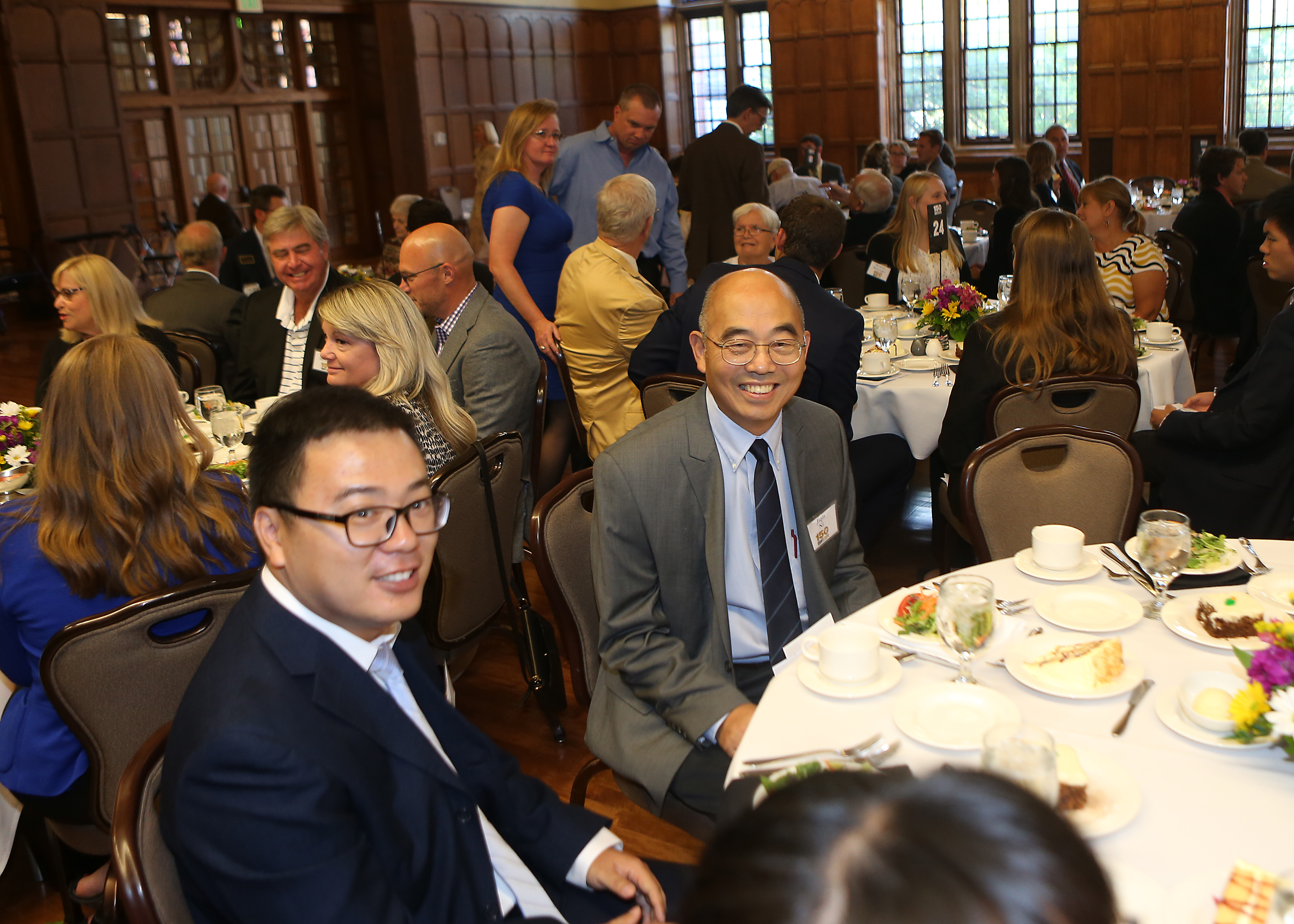 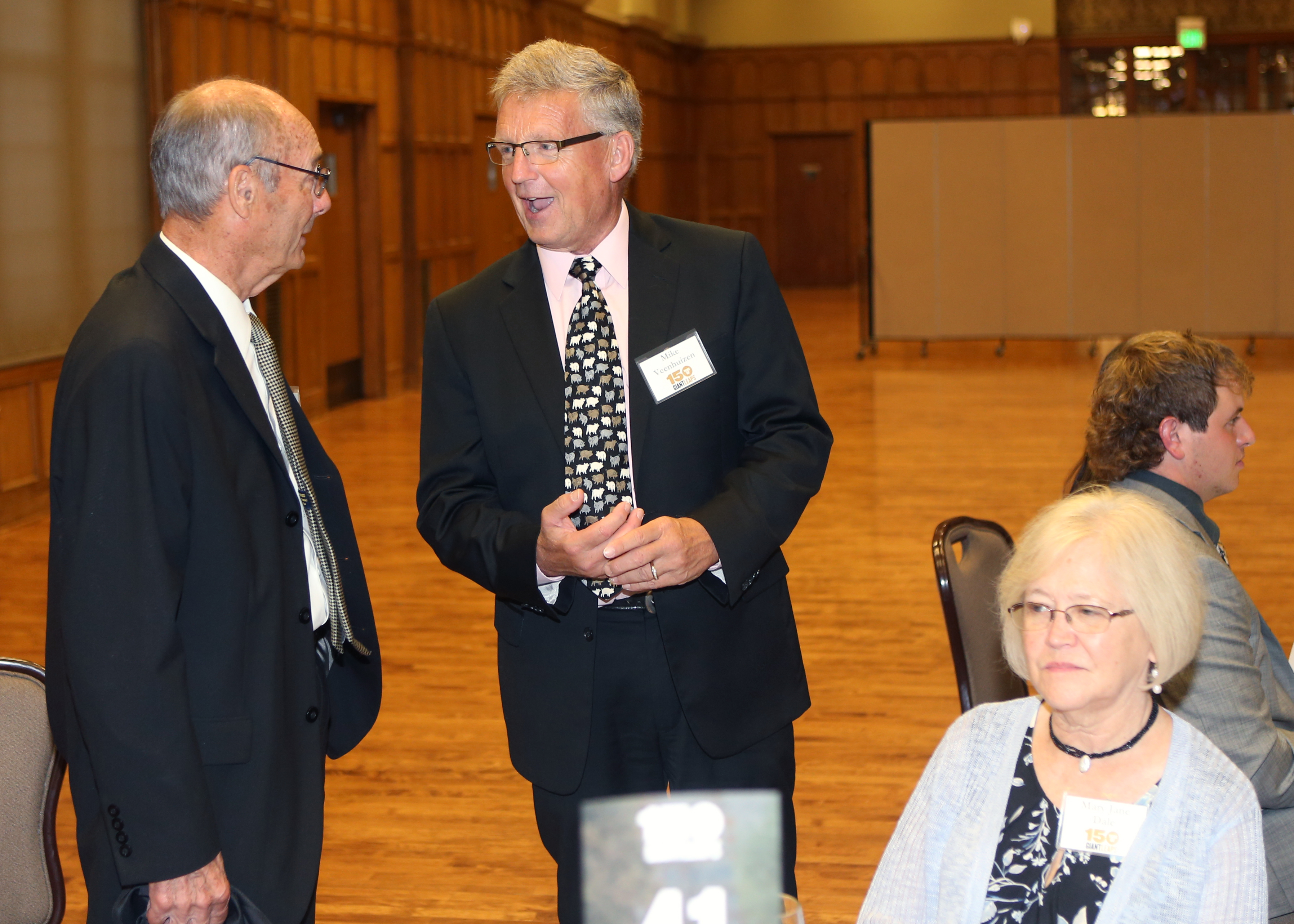 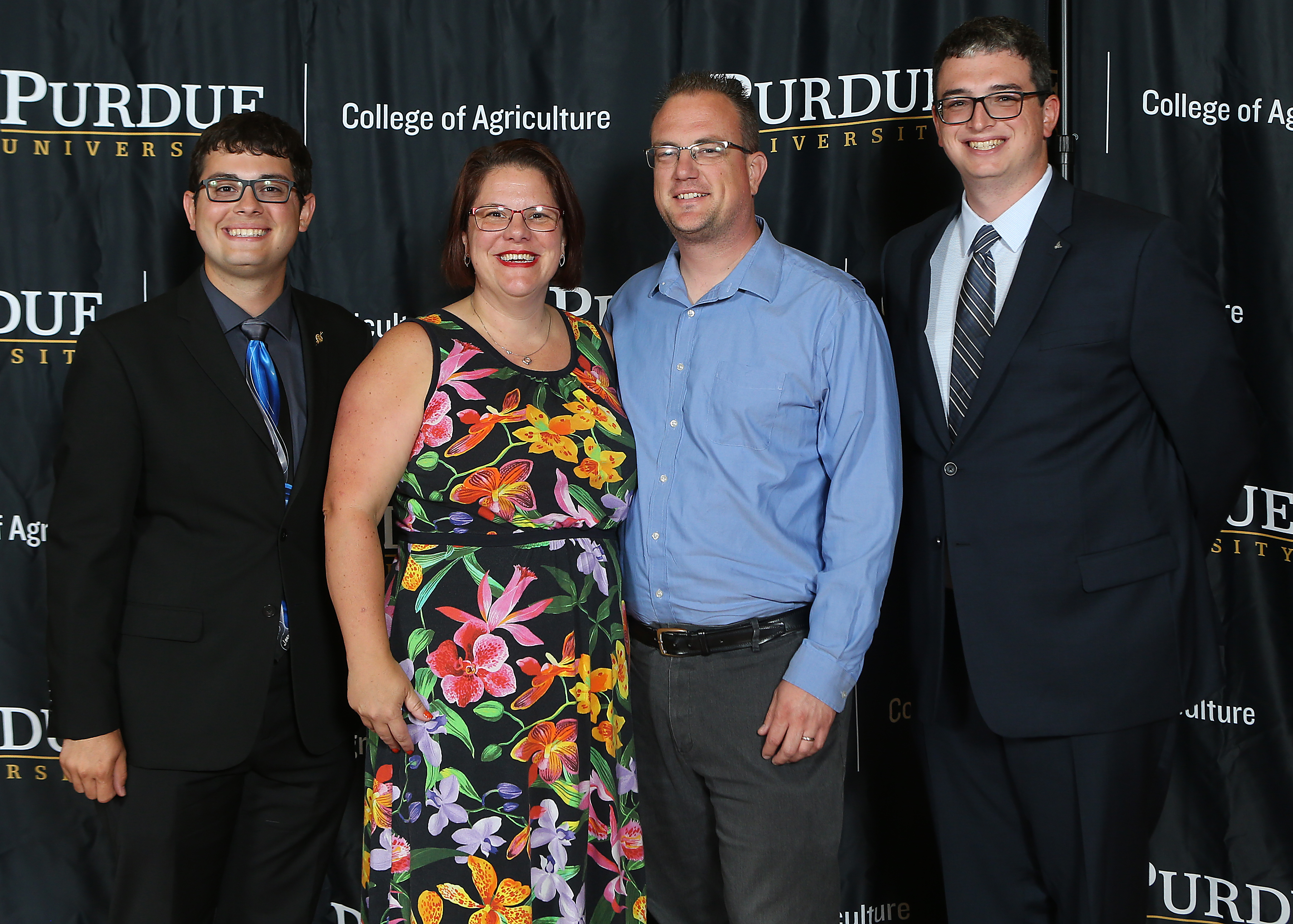 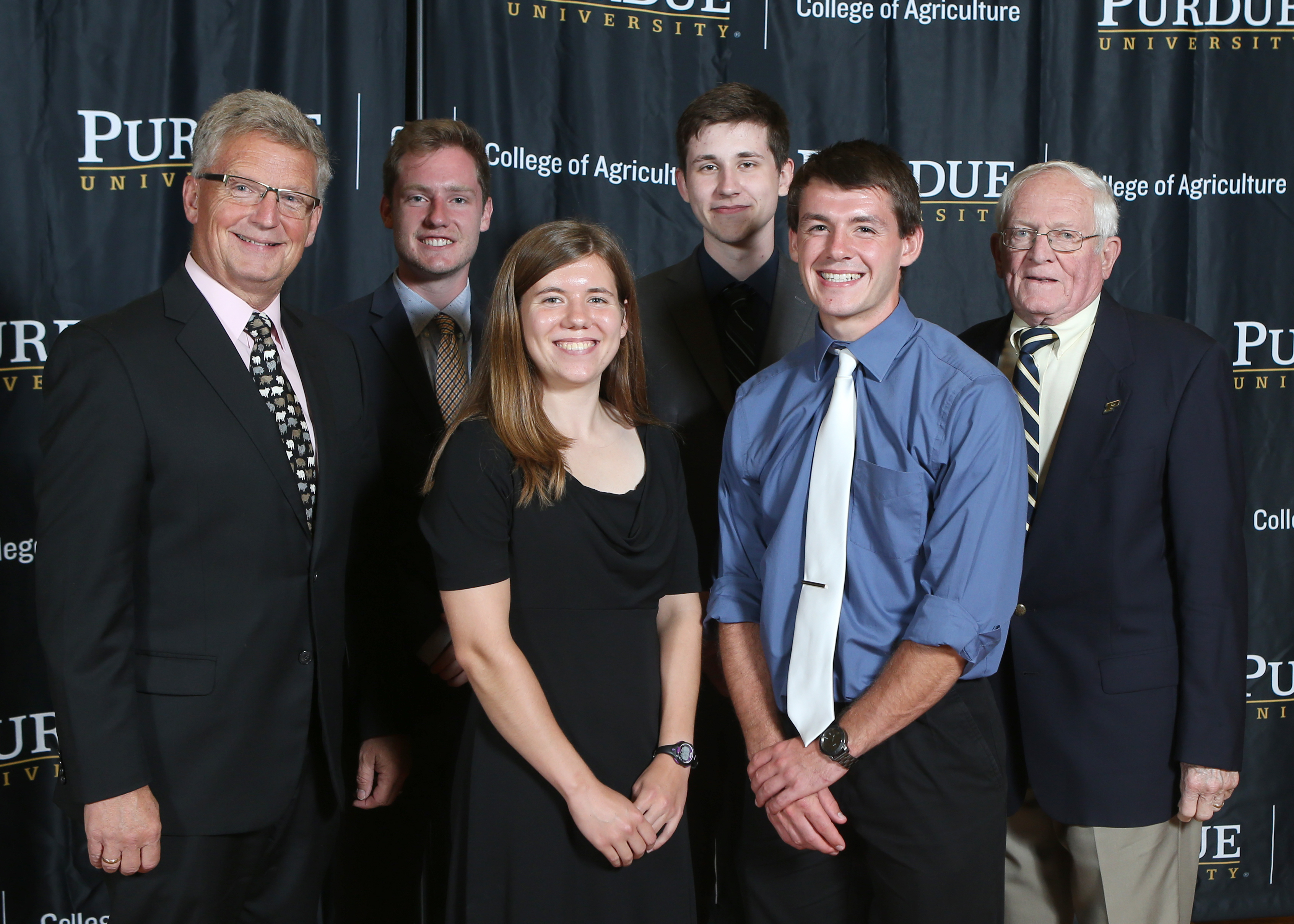 The National AgrAbility Project provided materials to be displayed in the Ohio AgrAbility tent at the 2019 Ohio Farm Science Review.  The NAP also exhibited at the National Extension Agriculture and Natural Resources Conference in Fort Wayne, Indiana.

Steve Swain, Indiana AgrAbility rural rehabilitation specialist, presented “Practical AT User Assessments.”   The presentation was to a graduate level class and presented the assessment process and showed examples assistive technology on the farm.

Indiana AgrAbility has continued to conduct farm assessments for Indiana Vocational Rehabilitation Services and provide the basic services to the farmers of Indiana.  Assessments included a farmer with a traumatic brain injury and one with multiple impairments.  Job coaching has been added to the services offered.

NAP and AgrAbility of Wisconsin Participate in World Dairy Expo

Chuck Baldwin of the National AgrAbility Project (NAP)/Purdue University and Amanda Harguth with AgrAbility of Wisconsin/University of Wisconsin staffed a booth at the World Dairy Expo the week of October 1-5, 2019.  The event is held annually at the Alliant Energy Center in Madison, WI.

According to the Wisconsin Ag Connection (http://www.wisconsinagconnection.com/story-state.php?Id=1141&yr=2019 ), more than 62,200 people from 94 countries attended the event. By count, the top nations represented were Canada, Mexico, Italy, China, Brazil, and Japan, respectively. 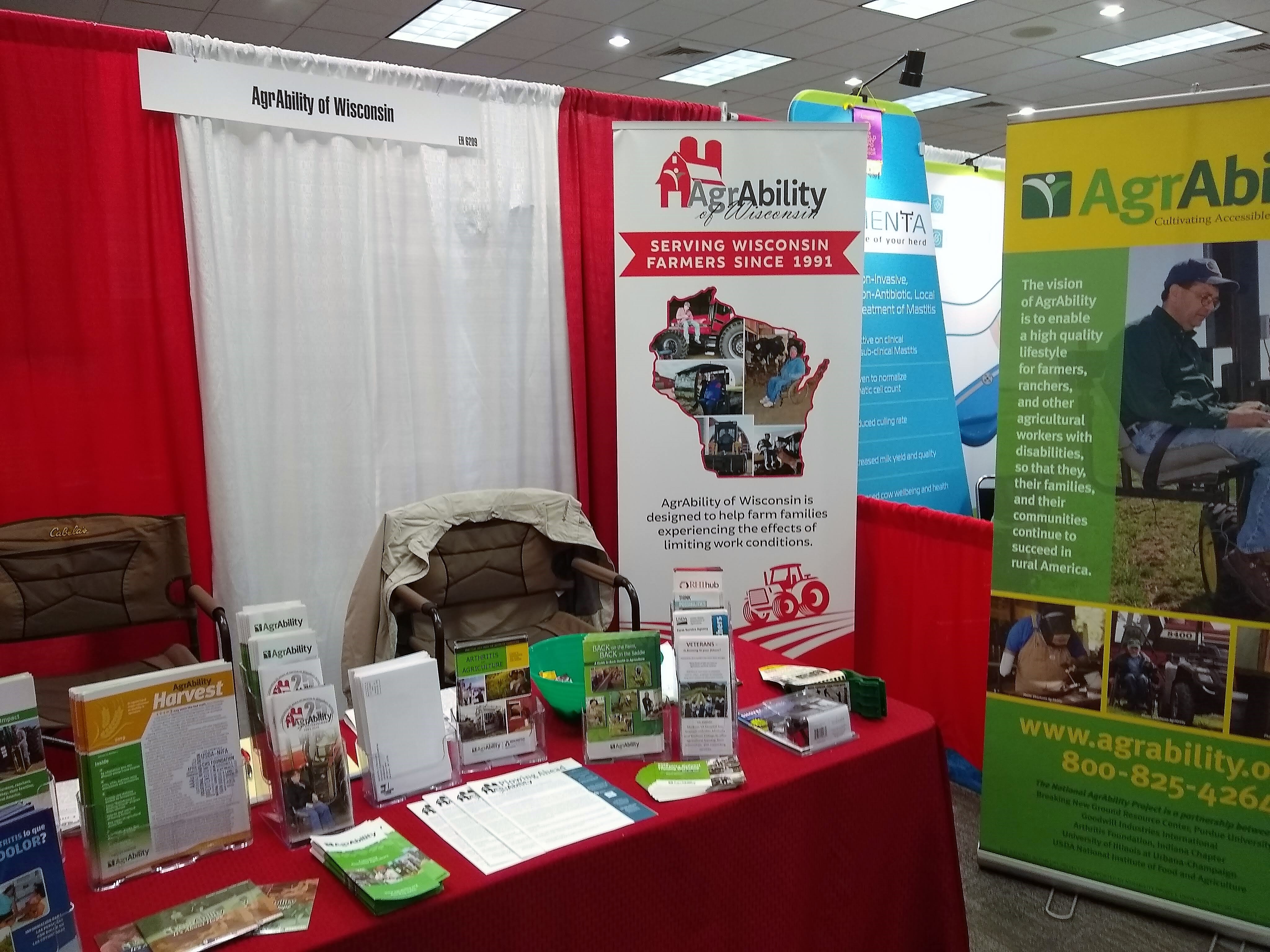 Nearly 860 companies featured their products and services in the trade show areas, and among them was AgrAbility. The AgrAbility exhibit (at left) included general information on both the National and the Wisconsin AgrAbility projects, brochures and booklets on such topics as arthritis and agriculture (in Spanish and English), back problems in agriculture, and AgrAbility services for veterans. Free DVDs sharing AgrAbility’s vision and mission were offered, as were a few free samples of assistive technology in the way of handles that could be added to long-handled implements, such as rakes or snow shovels, to ease strain on the back and shoulders. Many good contacts were made and follow-up is being done by the respective AgrAbility staff members.

After being featured by Purdue Ag Communications, then shared on LinkedIn, the story of Dr. Klein Ileleji's solar dehydrator was picked up by Smithsonian.com. Congratulations and way to represent! 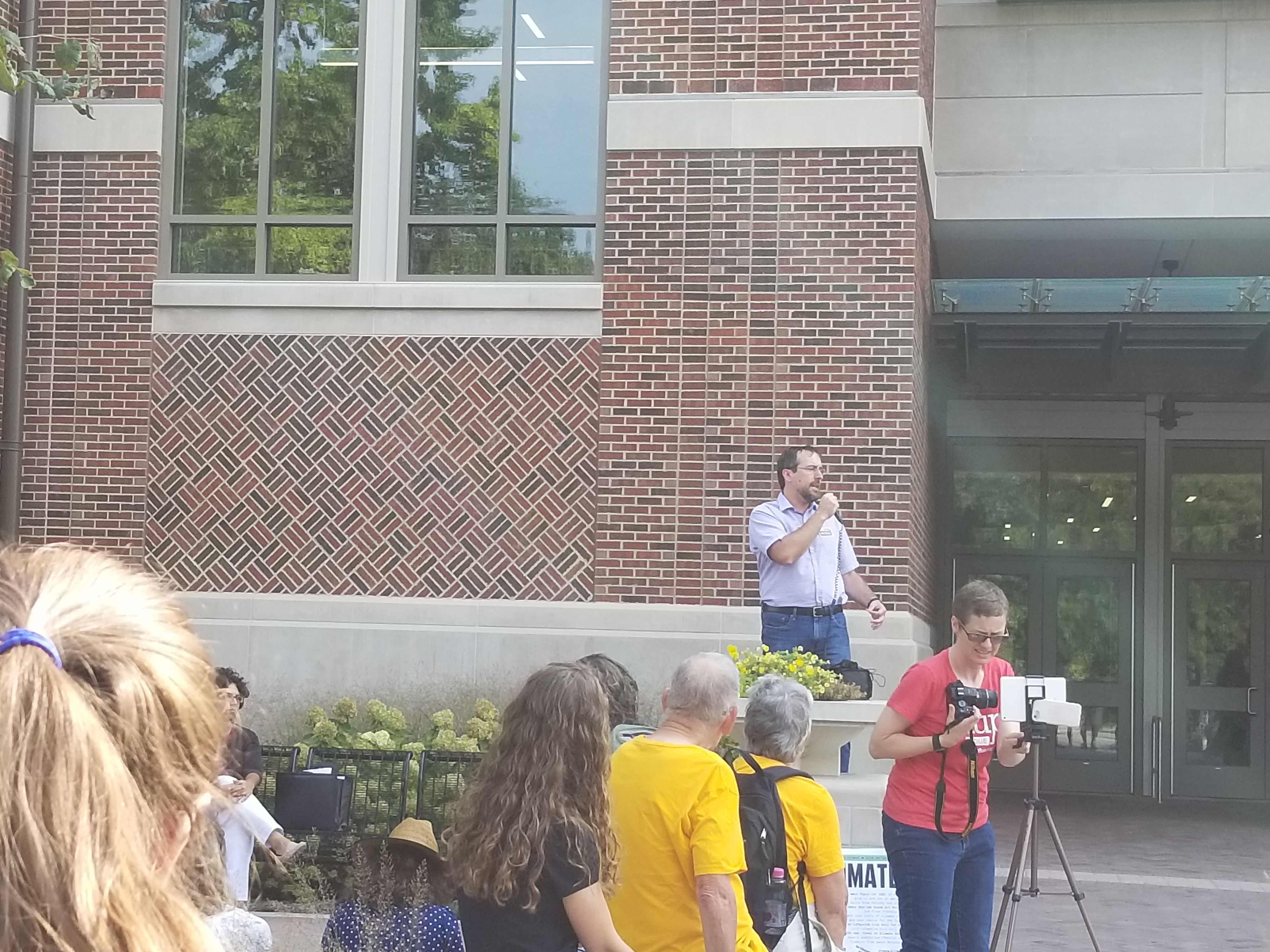 Professor Keith Cherkauer was one of the faculty speakers for the Climate Change Strike, September 20.

Adam Hemmelgarn, a senior in ABE, was honored at the ASABE Annual International Meeting with third place in the K.K. Barnes Student Research Competition for his paper, "Calibrating the Physical Properties of Corn and Wheat Using the Discrete Element Method." Congratulations!

The ABE Ambassadors had their annual cookout at the Taylor Ranch and a good time was had by all! Thank you to the Taylors for hosting. 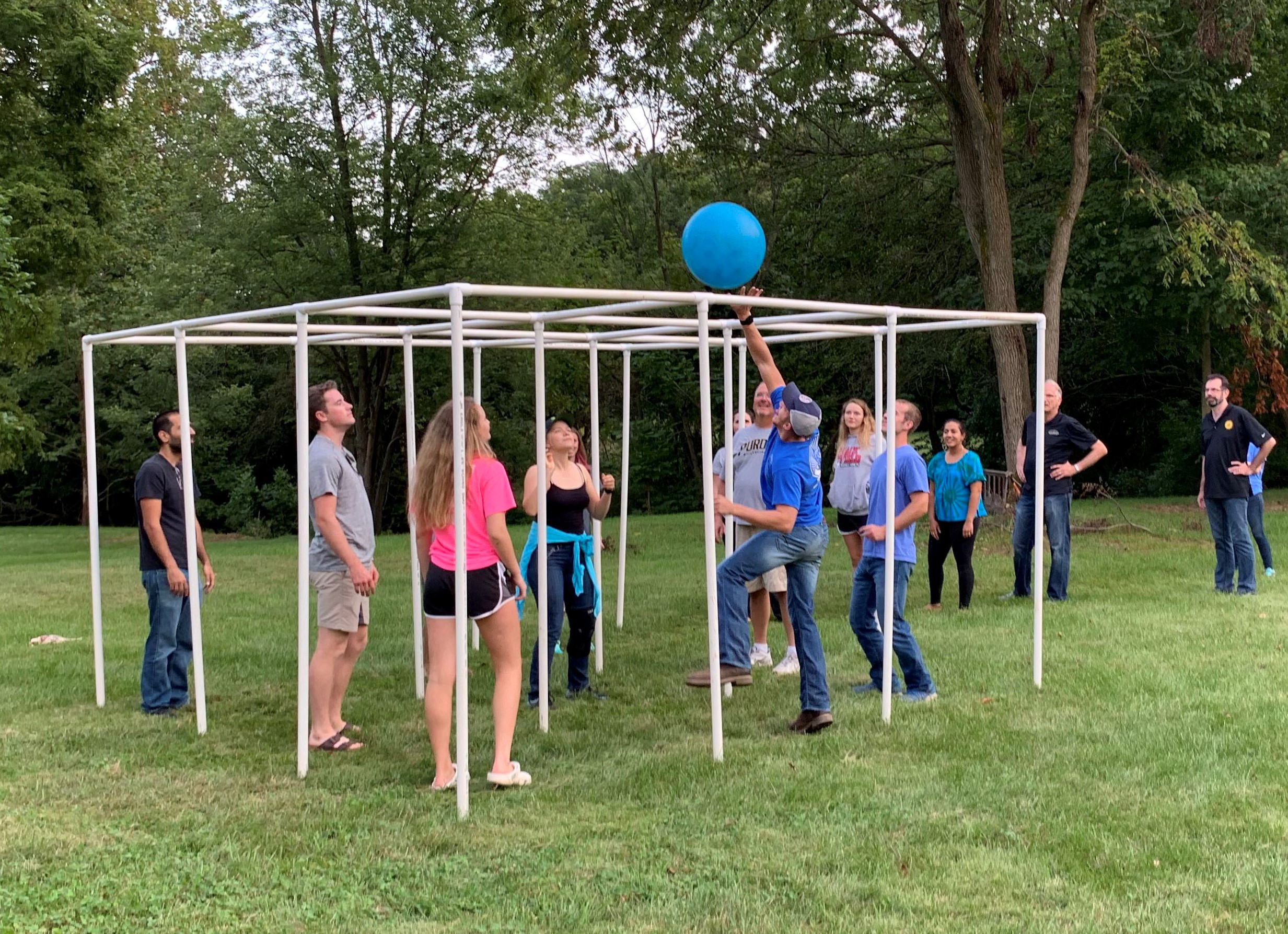 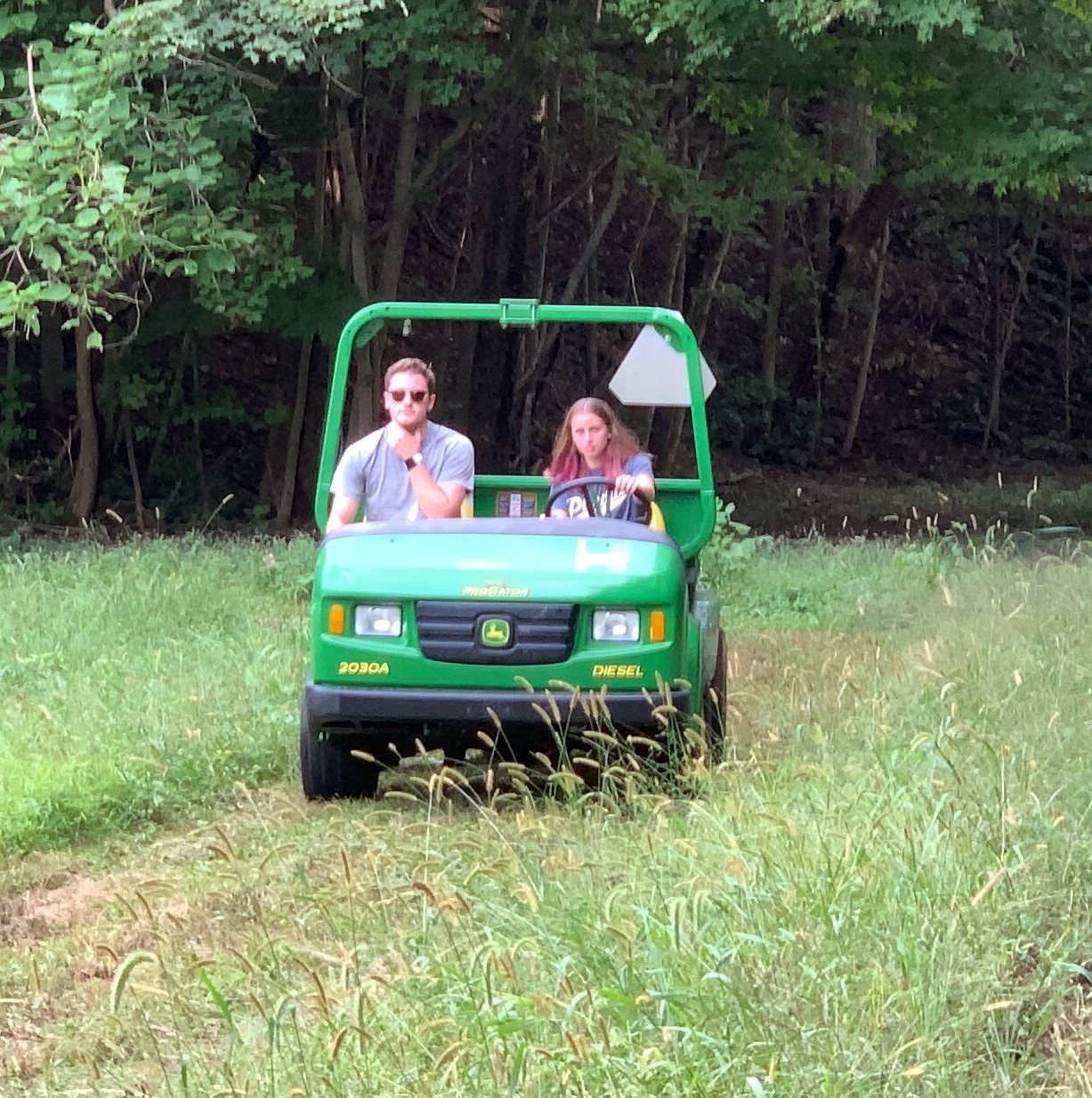 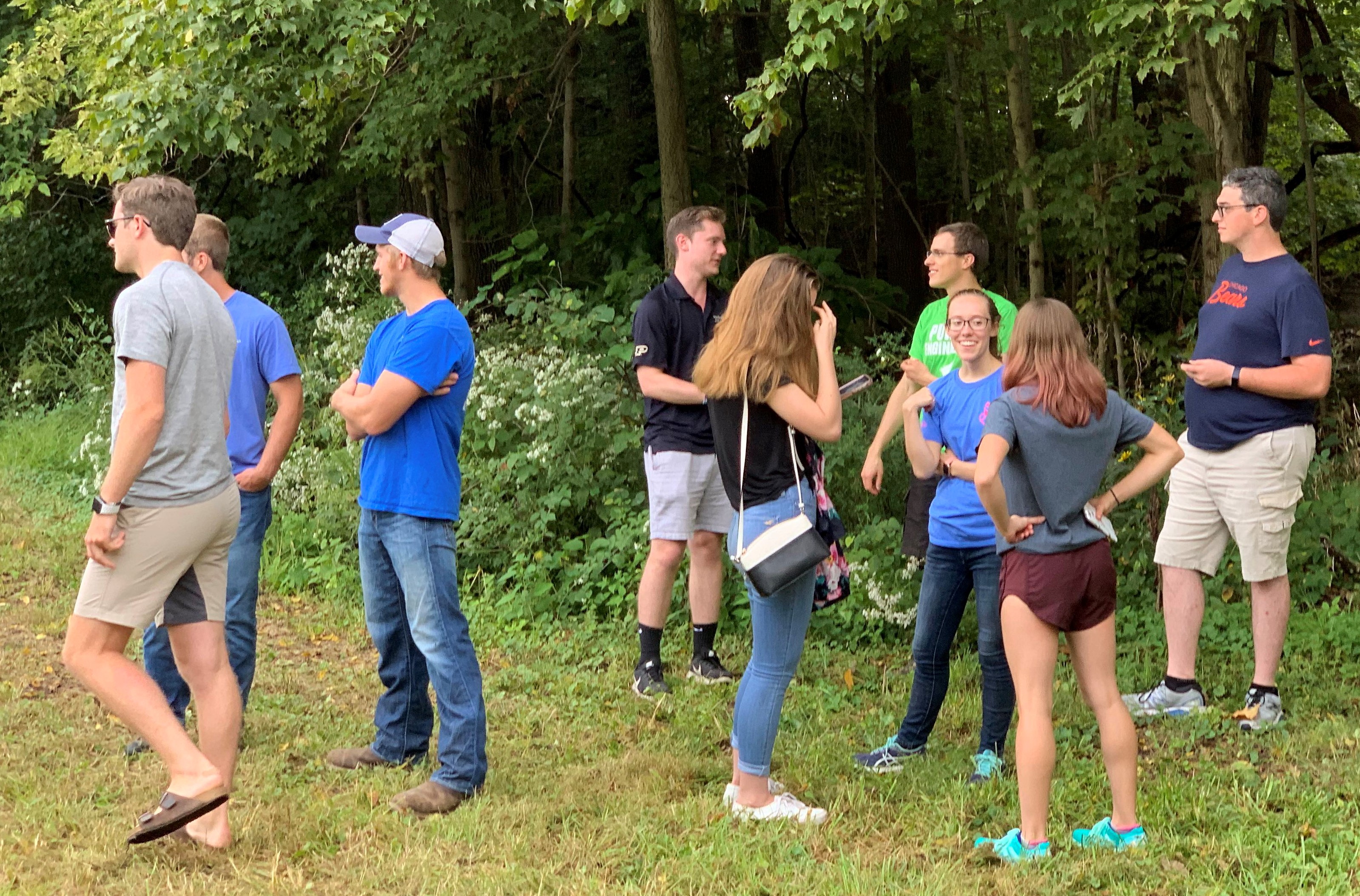 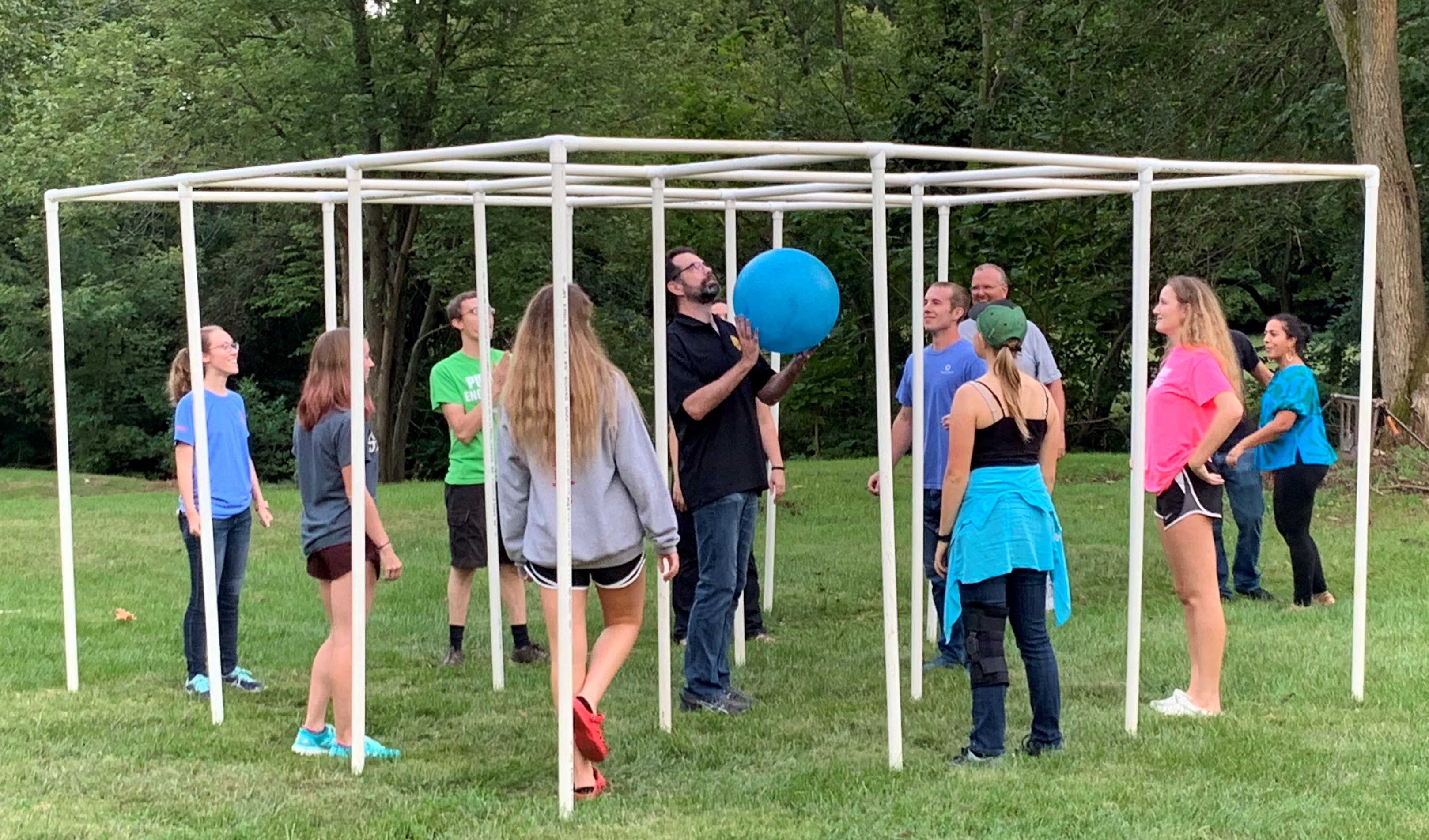 Looks like Dr. Mosier has a bit of a height advantage at 9-square! 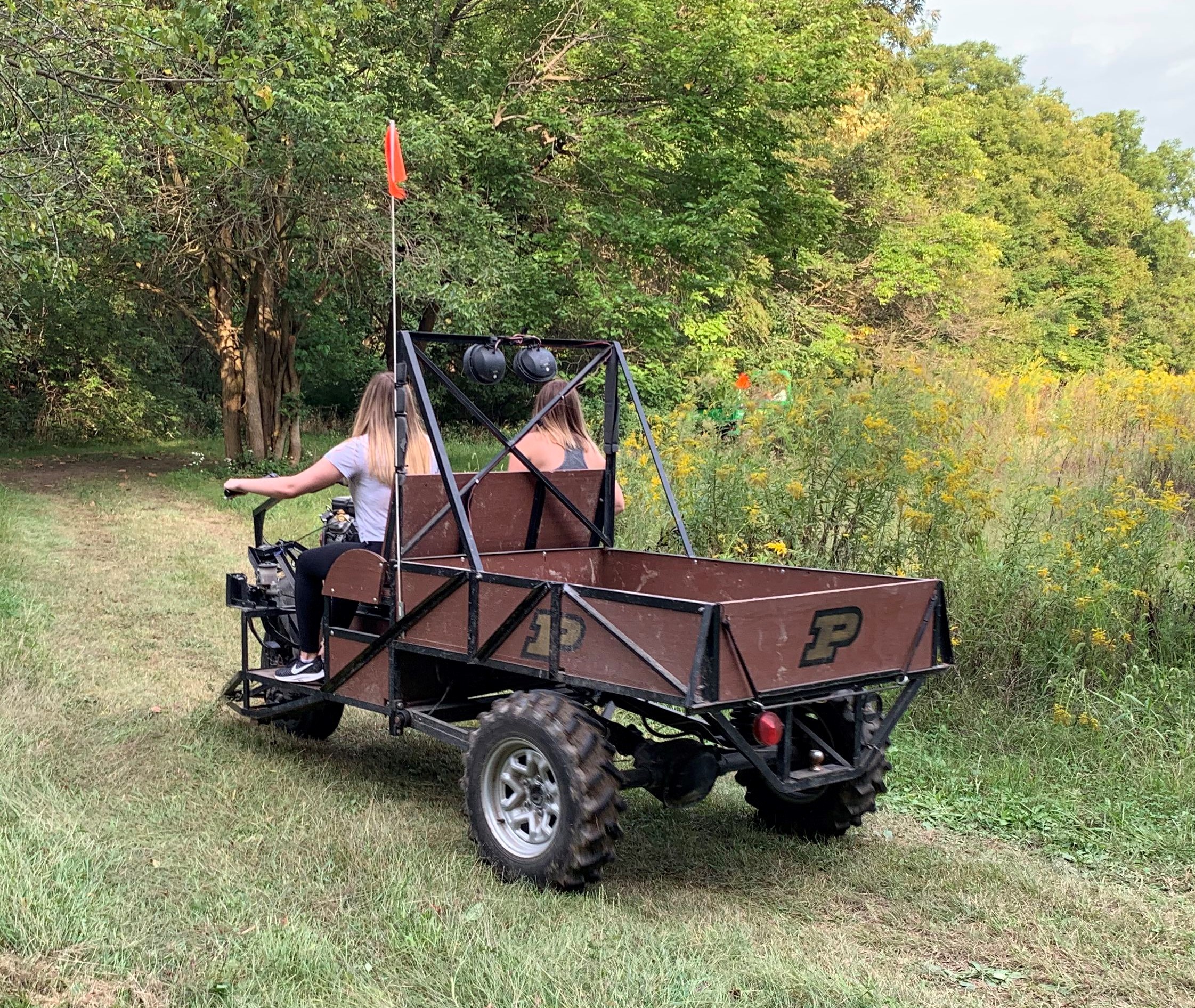