In case you haven't been paying attention, we have a new social committee dedicated to offering opportunities to socialize outside of work hours. If you are interested, please contact Dan Taylor. 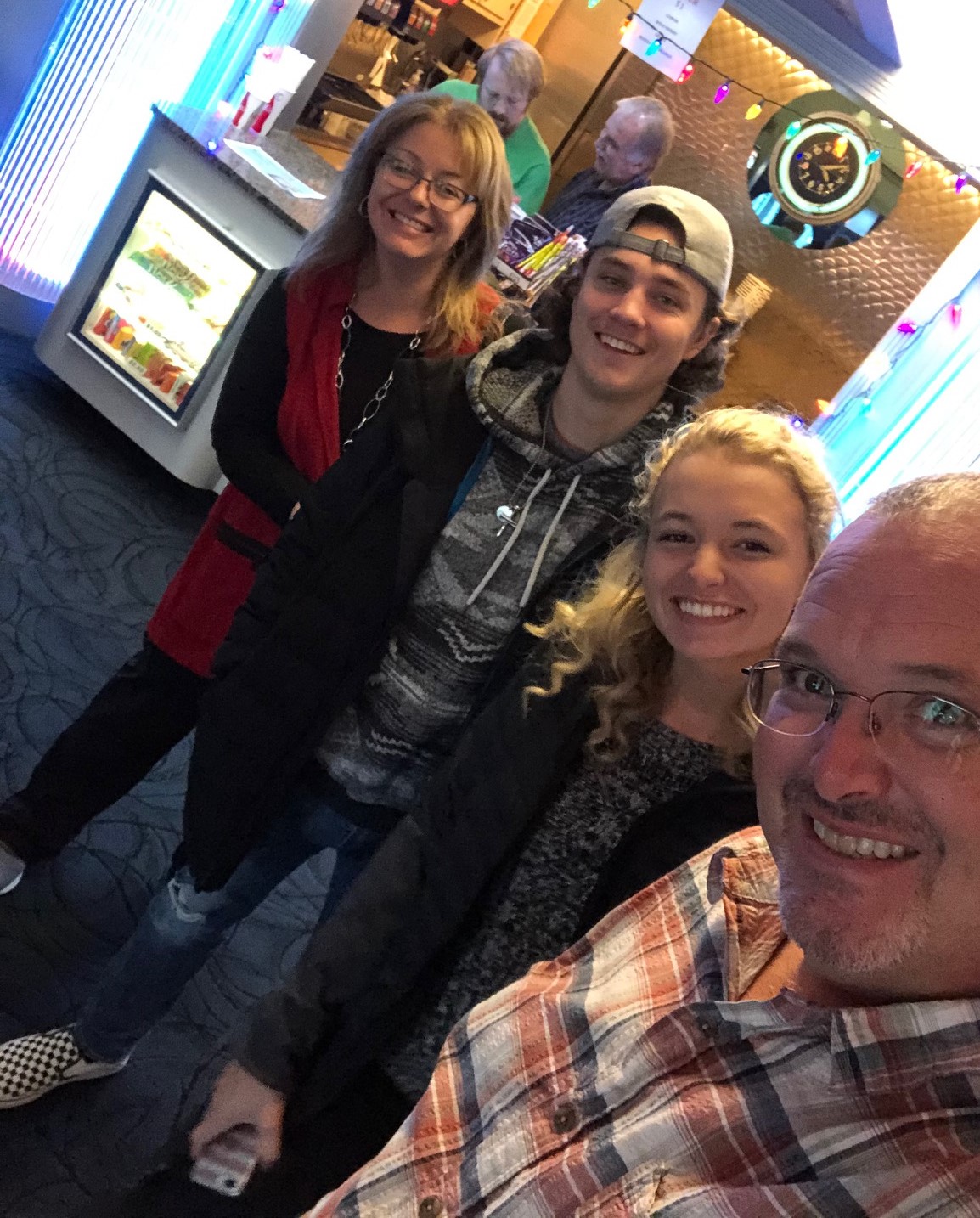 We had a great turnout for our first official event, which was to watch Frozen 2 in the refurbished Fowler Theater. The movie was great...spoiler alert...all lived happily ever after and the tour of the theater was very interesting. 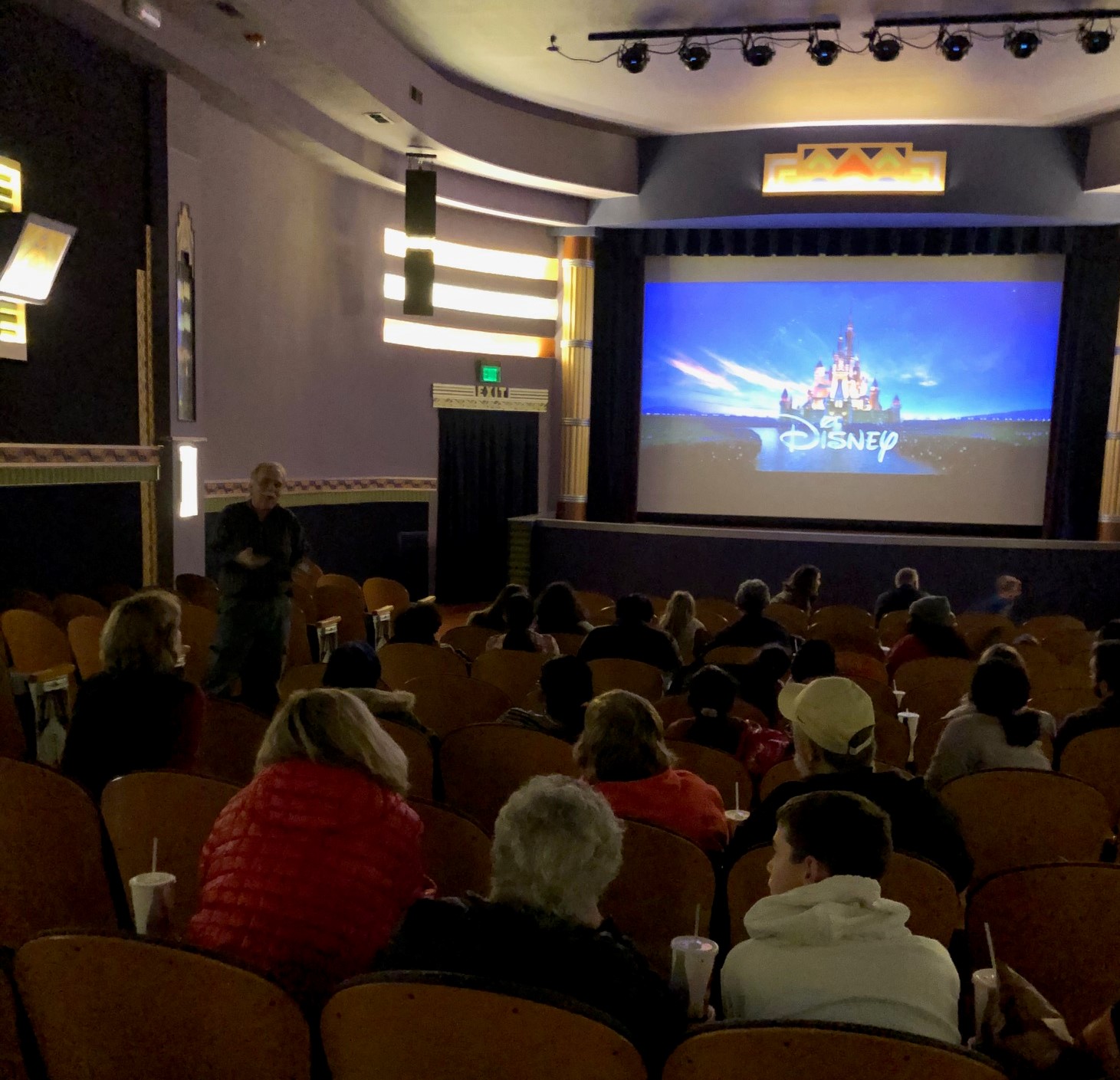 Helpful insights for seniors, grad students, researchers, and anyone else looking to solve problems. Thank-you to Stan Harlow for sharing these tips for clarifying your efforts.

The Defense Advanced Research Projects Agency (DARPA) operates on the principle that generating big rewards requires taking big risks. But how does the Agency determine what risks are worth taking? 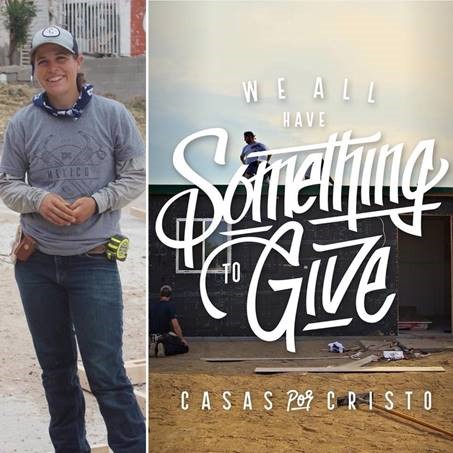 Nancy (Nan) Hammel (BS ENRE ’10) is giving back – in a big way. Her last day with USDA-NRCS was Friday, December 6. Next month, she will be headed to the Dominican Republic to work with Casas Por Cristo as a field coordinator. This organization spreads God’s love by way of building homes for people in impoverished areas. After a summer in Juarez, Mexico, with the organization, Nan realized what the mission meant to her and turned that experience into her next adventure. We will include periodic updates on Nan’s work here in the ABeNotes. We are proud of her service!

Stan Harlow is not only a CASA (court-appointed special advocate), he spends a great deal of time with the Kairos Prison Ministry. He was the feature of a recent newsletter article (used with permission from Sue Davis, author): 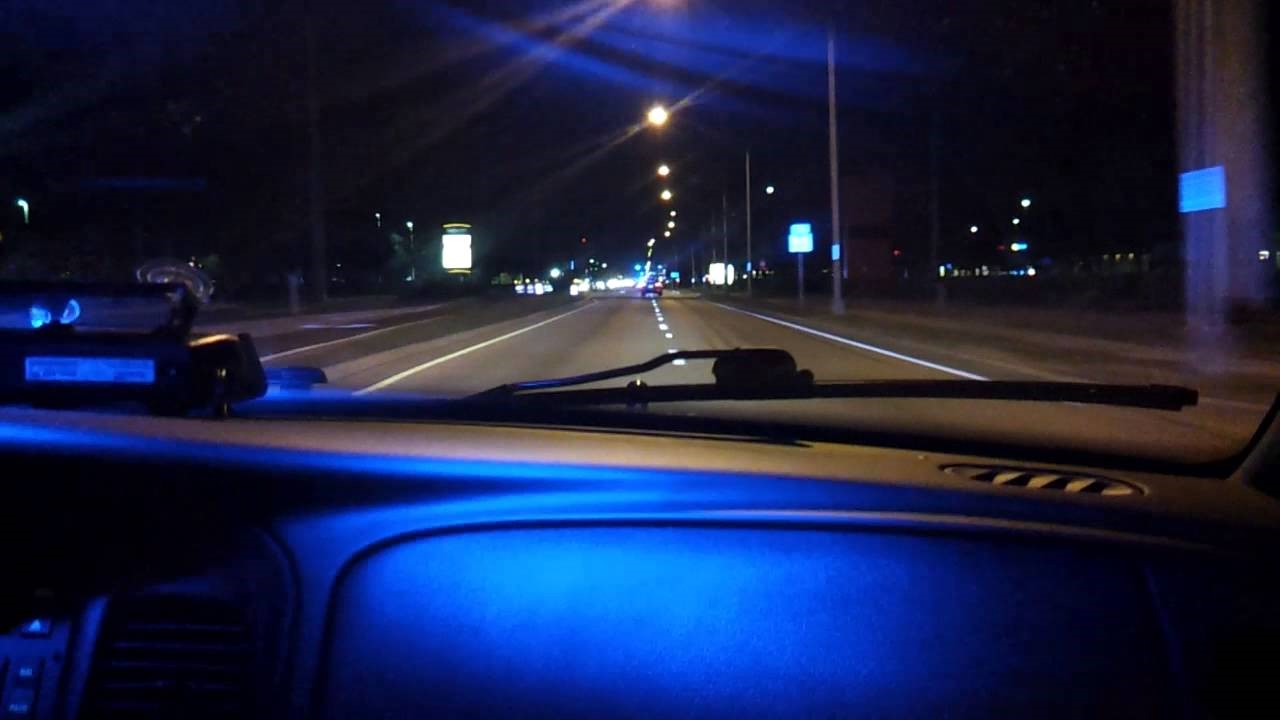 You've heard about the police department's "Ride Along" program where a civilian buckles up in the squad car for a shift of real police life?  When Sue Davis asked Stan Harlow to describe his work with the Torch program, she got invited to join him for a ride to the Indiana Department of Corrections Juvenile Detention facility in Logansport.

Well, Stan drives a van instead of a patrol car and he carried a bag of fruit rather than a weapon, but the drive up the lane bordered by a barbed-wire fence signaled a special visit was in store.

Waiting in the small security office was a whole gang of men and women loaded down with crock pots, Tupperware full of taco salad and boxes brimming with cookies and pineapple upside-down cake. They greeted one another and exchanged hugs.  Guards went about their business checking IDs, instructing folks to spread their arms wide for a pat down and moving everyone through a metal detector.

Sue was welcomed to a Torch Reunion Group Meeting. She soon learned that the Kairos Torch program begins with a Weekend retreat in the Logansport detention center for youth. The goal is to engage each boy to use reasoning skills in seeking balance for his life.

A Kairos Torch Weekend creates a safe place for the youthful offender to realize their God-given potential through the mentoring of a mature, Christian volunteer.

After spending time together at the weekend retreat, Stan began a mentor relationship with a young man from a small town in southern Indiana.  For the following six months, Stan traveled weekly to Logansport to meet with him. They talked about many things including the problems of a dysfunctional family, impulsive behaviors, self-esteem, goal setting and also God.

Sue was invited to one of the monthly reunion groups where boys and the Torch team gather for fellowship, food, a lively game and a little Bible study.

As the boys filed in and hugged each Torch team member (and visitor Sue); the atmosphere was joyful as they eyed the tables filled with homemade food.

Prayers of thanksgiving were quickly followed by plates filled to overflowing and lots of animated conversation.  Stan’s mentee was looking forward to being released in December.  He was eager to talk about how he was encouraged by Stan’s presence and care during some very difficult times of his incarceration.   He said Stan listened and asked questions to help him sort out issues he faced.

Although the young man speaking about Stan’s impact was articulate, positive and charming, Stan later described the challenges all prisoners face returning to life without the guidance and structure of life in Logansport.  Stan has demonstrated that includes God.

Providing a six-month relationship with a stable, loving adult can make a difference and that is what motivates the dozen or so Torch team members.

Torch is designed to jump-start the mentoring relationship with structured activities during the retreat weekend.  Although there is a long list of boys who have applied to participate in Torch, the number attending is limited by the number of volunteer mentors available.

Stan is happy to talk more about Torch to anyone interested. His "Ride Along with a Mentor" program comes with a free and delicious home-made meal!

Our new department head, Dr. Nate Mosier, was highlighted by the College of Engineering, along with his team.

The Master Gardener Association of Tippecanoe County held their monthly meeting on November 5, 2019 at the Tippecanoe County extension office.  Steve Swain, Indiana AgrAbility rural rehabilitation specialist, presented Gardening Tools for People with Disabilities.  The presentation included some ergonomics of gardening, accessible layouts, and tools and tool modifications for people with disabilities or for those who are getting older.  Sixty-five members attended.  It was announced at the meeting that the All-American Selections Garden at the Tippecanoe County Extension office received first place in the Category 1 AAS National Landscape Challenge. This was one of the projects of the Master Gardener Association. 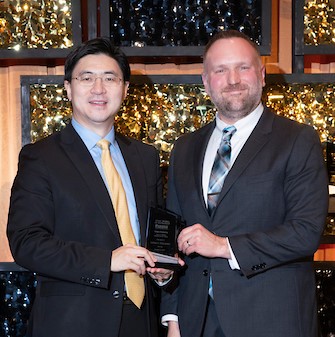 Nate Engelberth (shown with Dean Mung Chiang, left) was a finalist for the Leah H. Jamieson Leadership Award through the College of Engineering. Thank you for representing us so well! 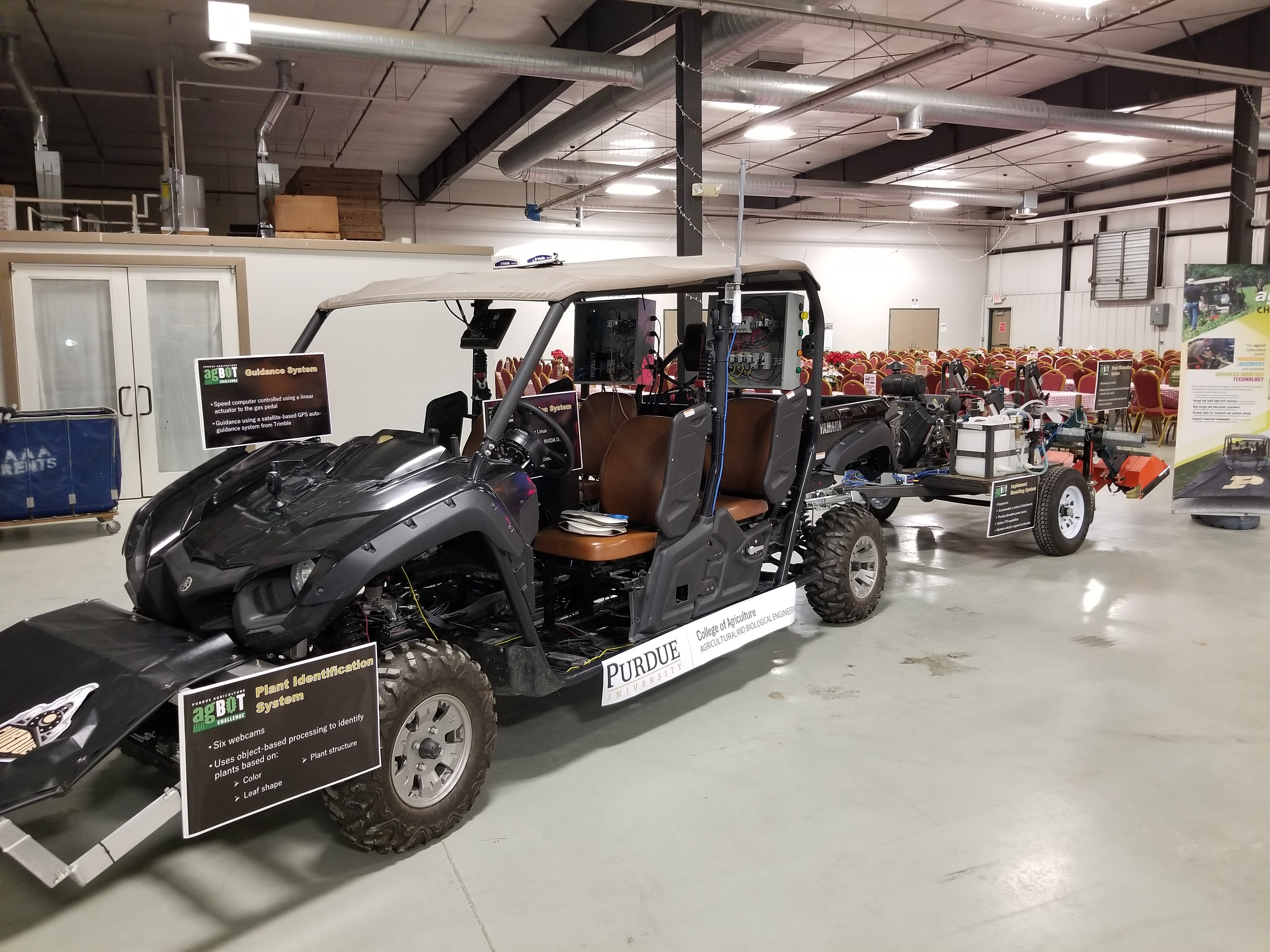 The winning agBOT is on display at the invitation of the Nebraska Power Farming Show. The event is being held at the Lancaster Event Center in Lincoln, Nebraska, and is the 2nd-largest indoor power and farming show in the nation. We are proud of our students and Roger Tormoehlen and Richard Fox are happy to represent this championship team.

Congratulations to our seniors graduating this Fall!

Congratulations to our graduate students receiving their degrees next Sunday! 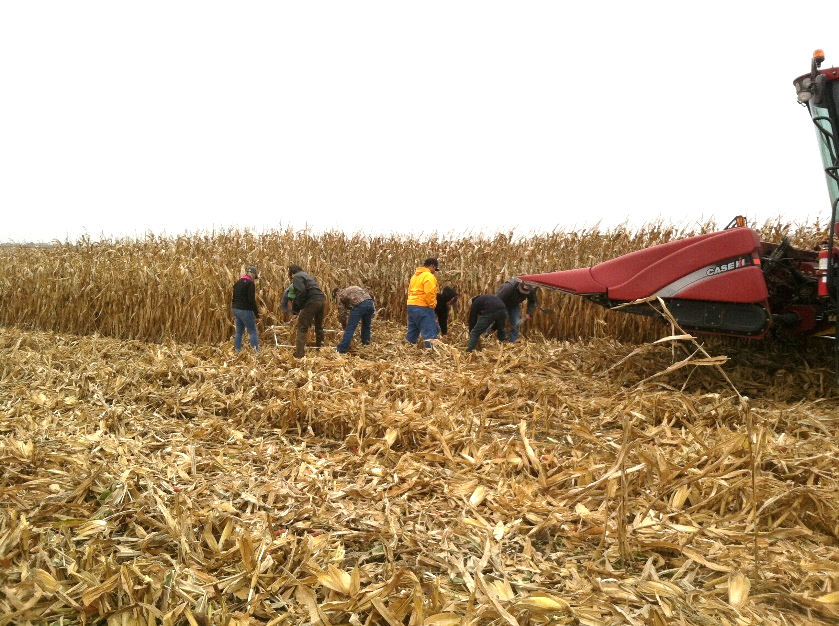 Each fall students in ASM 22200, "The Fundamentals of Crop Production Systems" participate in a combine grain loss lab, designed to show the effects of variation in combine settings. Assisted by personnel from the Throckmorton Purdue Agricultural Center, instructor Dr. Bob Stwalley has the students collect both header loss and total loss from the machine at various operational settings. The lab aptly demonstrates the necessity of physical data collection by removing crop residue and picking-up lost grain inside a defined area, when compared with simple visual observation practiced by many farmers. This hands-on experience received by Purdue Agricultural Systems Management students helps drive home the practical economic reality of proper machine settings and the information gathering processes needed to achieve them. 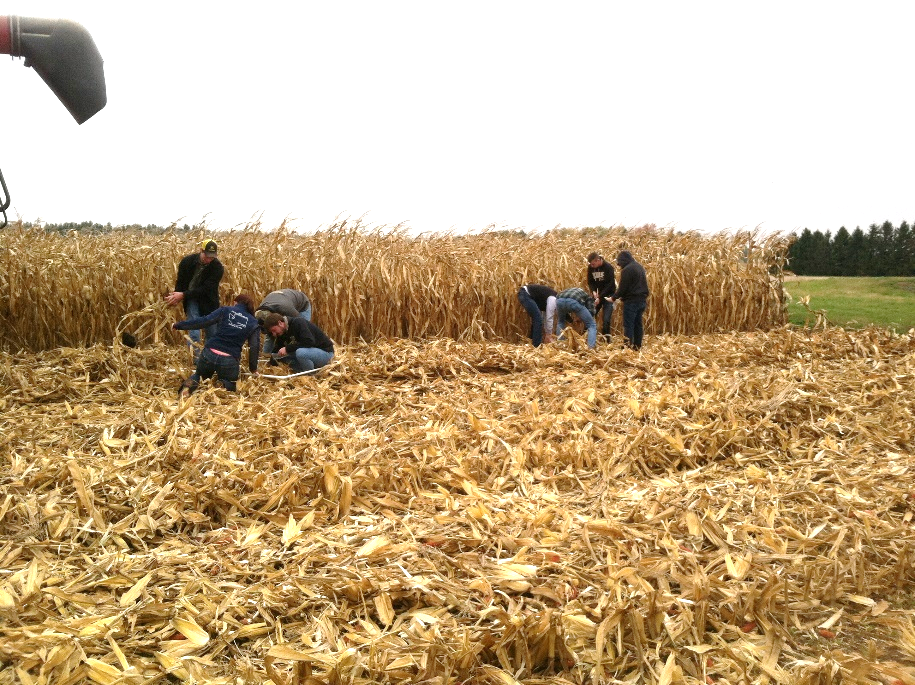