Abstract: Multitouch surfaces are becoming prevalent, but most existing technologies are only capable of detecting the userÃ¢â‚¬â„¢s actual points of contact on the surface and not the identity, posture, and handedness of the user. In this paper, we define the concept of extended multitouch interaction as a richer input modality that includes all of this information. We further present a practical solution to achieve this on tabletop displays based on mounting a single commodity depth camera above a horizontal surface. This will enable us to not only detect when the surface is being touched, but also recover the userÃ¢â‚¬â„¢s exact finger and hand posture, as well as distinguish between different users and their handedness. We validate our approach using two user studies, and deploy the technology in a scratchpad application as well as in a sketching tool that integrates pen and touch for creating beautified sketches. 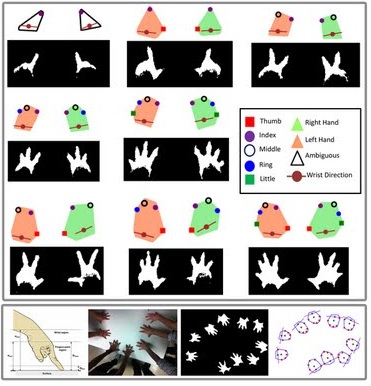