Turn off that camera during virtual meetings, environmental study says

IE's Dr. Roshi Nateghi gives simple tips to go green with your internet use during a pandemic. 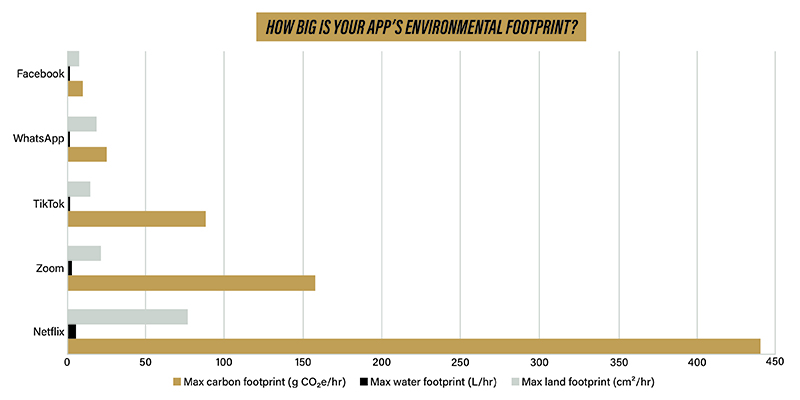 It’s not just to hide clutter anymore – add “saving the planet” to the reasons you leave the camera off during your next virtual meeting.

A new study says that despite a record drop in global carbon emissions in 2020, a pandemic-driven shift to remote work and more at-home entertainment still presents significant environmental impact due to how internet data is stored and transferred around the world.

Just one hour of videoconferencing or streaming, for example, emits 150-1,000 grams of carbon dioxide (a gallon of gasoline burned from a car emits about 8,887 grams), requires 2-12 liters of water and demands a land area adding up to about the size of an iPad Mini.

But leaving your camera off during a web call can reduce these footprints by 96%. Streaming content in standard definition rather than in high definition while using apps such as Netflix or Hulu also could bring an 86% reduction, the researchers estimated. 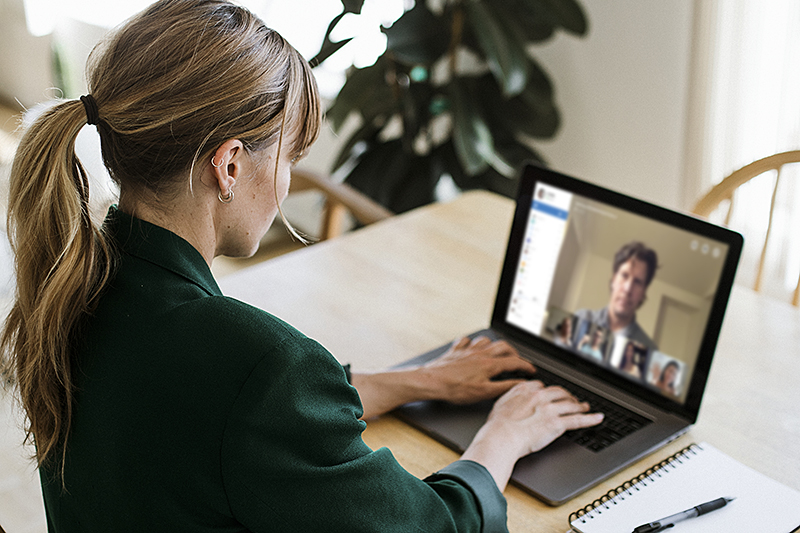 Leaving your camera off while videoconferencing or choosing to stream content in standard definition can significantly reduce environmental footprints. (Credit: rawpixel.com)


The study, conducted by researchers from Purdue University, Yale University and the Massachusetts Institute of Technology, is the first to analyze the water and land footprints associated with internet infrastructure in addition to carbon footprints. The findings are published in the journal Resources, Conservation & Recycling.

“If you just focus on one type of footprint, you miss out on others that can provide a more holistic look at environmental impact,” said Roshanak “Roshi” Nateghi, a Purdue professor of industrial engineering, whose work looks to uncover gaps and assumptions in energy research that have led to underestimating the effects of climate change.

A number of countries have reported at least a 20% increase in internet traffic since March. If the trend continues through the end of 2021, this increased internet use alone would require a forest of about 71,600 square miles – twice the land area of Indiana – to sequester the emitted carbon, the study found.

The additional water needed in the processing and transmission of data would also be enough to fill more than 300,000 Olympic-size swimming pools, while the resulting land footprint would be about equal to the size of Los Angeles.

The team estimated the carbon, water and land footprints associated with each gigabyte of data used in YouTube, Zoom, Facebook, Instagram, Twitter, TikTok and 12 other platforms, as well as in online gaming and miscellaneous web surfing. As expected, the more video used in an application, the larger the footprints.

Because data processing uses a lot of electricity, and any production of electricity has carbon, water and land footprints, reducing data download reduces environmental damage.

“Banking systems tell you the positive environmental impact of going paperless, but no one tells you the benefit of turning off your camera or reducing your streaming quality. So without your consent, these platforms are increasing your environmental footprint,” said Kaveh Madani, who led and directed this study as a visiting fellow at the Yale MacMillan Center.

The internet’s carbon footprint had already been increasing before COVID-19 lockdowns, accounting for about 3.7% of global greenhouse gas emissions. But the water and land footprints of internet infrastructure have largely been overlooked in studies of how internet use impacts the environment, Madani said.

Madani teamed up with Nateghi’s research group to investigate these footprints and how they might be affected by increased internet traffic, finding that the footprints not only vary by web platform, but also by the country. The team gathered data for Brazil, China, France, Germany, India, Iran, Japan, Mexico, Pakistan, Russia, South Africa, the U.K. and the U.S.

Processing and transmitting internet data in the U.S., the researchers found, has a carbon footprint that is 9% higher than the world median, but water and land footprints that are 45% and 58% lower, respectively.

Purdue graduate students Renee Obringer, Benjamin Rachunok and Debora Maia-Silva performed the calculations and data analysis in collaboration with Maryam Arbabzadeh, a postdoctoral research associate at MIT. The estimates are based on publicly available data for each platform and country, models developed by Madani’s research group and known values of energy use per gigabyte of fixed-line internet use.

The estimates are rough, the researchers say, since they’re only as good as the data made available by service providers and third parties. But the team believes that the estimates still help to document a trend and bring a more comprehensive understanding of environmental footprints associated with internet use.

“These are the best estimates given the available data. In view of these reported surges, there is a hope now for higher transparency to guide policy,” Nateghi said.

The study was supported by the Purdue Climate Change Research Center, the Purdue Center for the Environment, the MIT Energy Initiative and the Yale MacMillan Center.

The Overlooked Environmental Footprint of Increased Internet Use

*These authors contributed equally to this work.

The environmental costs of adopting new technologies and habits are often recognized too late, typically when changing the adopted technologies and behavioral norms is difficult. A similar story may unfold if society continues to blindly transition to an unregulated and environmentally unaudited digital world, a transition path that has been facilitated by the fourth industrial revolution and is now accelerated by the global COVID-19 crisis. The newly developed digital lifestyle has major environmental benefits, including the reduction of travel-related CO2 emissions. Yet, increased Internet use has some hidden environmental impacts that must be uncovered (Figure 1a) to make the transition to a low-carbon and green economy successful.