Top IE students to be honored 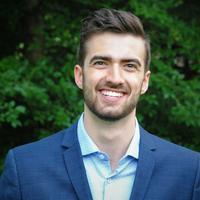 M. Alex Kortepeter, IE recipient of the Amelia Earhart Scholarship
Purdue University will honor some of its highest academic-achieving graduating seniors May 10-12 during commencement ceremonies, including four Purdue IEs.

Three IE students were among the 13 awarded the Charles O. McGaughey Leadership Awards:

McGaughey, a 1939 Purdue graduate, established the awards to honor students for leadership potential. To be eligible for these awards, students must have completed a minimum of two years of full-time study at Purdue and achieved at least a 3.0 graduation index. Recipients are selected on the basis of their contributions to Purdue and the community. Each honoree receives $3,345 as an acknowledgement of their superior leadership abilities, scholarship and appreciation of basic American values.

And one IE student was among the five who received the Amelia Earhart Scholarship:

This scholarship was reinstituted in 1999 after Doreen Buranich Simmons, a 1971 Purdue graduate, committed to see the scholarship return to Purdue after learning of its demise in the 1970s. Her gift became a catalyst for Joan Russell Dudding to honor the university and Amelia Earhart by funding the scholarship on an ongoing basis. The Amelia Earhart Scholarship is awarded to a junior or senior with a minimum 3.2 grade point average who demonstrates leadership, determination, ability and the potential in academic and/or community activities.